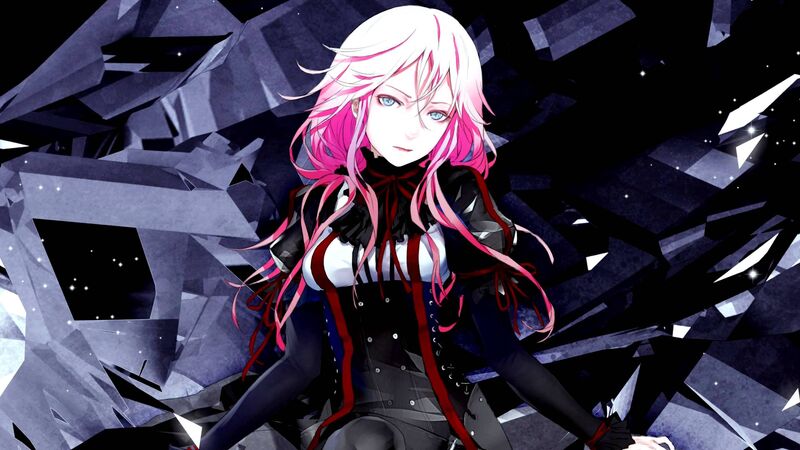 Anime That Are Way Too Similar to Each Other

Given the sheer volume of anime available to fans, when we find two with overlapping themes or stories, it isn’t much of a surprise. We can’t expect every idea to be completely unique and original. Besides, creators may start out with similar ideas but execute them differently. But there are still shows that seem to be too alike, featuring similar-looking main characters or identical motives and plots. Some might take issue with these similarities, likening them to stealing. But another camp might, as they say, see imitation as the sincerest form of flattery. So, here are five anime that are suspiciously similar to each other.

Neon Genesis Evangelion (EVA) has changed the perception of anime worldwide. The days when the medium was solely associated with octopus tentacles and little girls ended thanks to its success — although those series still exist.

EVA follows 14-year-old  Shinji Ikari, a boy recruited by NERV to pilot a giant robot known as Evangelion Unit-01 to fight Angels, humanoid beings who want to destroy the world. However, the series goes much deeper than robots fighting monsters. It’s also about our young protagonist’s struggle to cope with depression and other psychological traumas.

RahXephon also gives us a young male protagonist, Ayato Kamina, who gets dragged into the battle against strange beings who attack Tokyo. In reality, these creatures are humans. They reveal to Kamina that the Mu, an alien race set on “tuning” the world, have attacked the Tokyo he knows and loves. Like Shinji, Kamina must use the angel-winged robot RahXephon to defeat the Mu —  all the while struggling to regain his memories.

When Rahxephon first came out, it received a lot of flak from anime fans for being too similar to Neon Genesis Evangelion. Giant robots, strange creatures attacking Earth, an unstable male lead — no wonder fans considered them carbon copies of each other. But RahXephon takes more time to flesh out its stories, and even includes romantic themes, whereas EVA concentrates more on psychoanalysis and religion.

On the desert planet Gunsmoke, Vash the Stampede has earned a $60 billion bounty — which he got by flattening and destroying entire cities. But in reality, Vash is a big softie with a doughnut obsession. Even so, he’s still a liability, which lands him on the radar of two insurance agents, Meryl Stryfe and Milly Thompson. The duo tries to lessen Vash’s impact on the public, but it doesn’t always work. Nevertheless, their silly misadventures come to an end when a group of legendary assassins starts tracking them.

Cowboy Bebop also has a western theme, but in space. The series follows the adventures of bounty hunters Spike Spiegel and Jet Black, who, despite their occupation, always seem to be out of money. Along the way, they meet wanted bounty hunter Faye Valentine, computer hacker  Ed, and the highly intelligent Corgi Ein. Their journey to unravel their pasta leads them to many thrilling and dangerous adventures.

Released within two days of each other, many fans consider Trigun and Cowboy Bebop to be thematically similar. While the former plays out on a desert-like planet, similar to the old west, and the other on various Earth-like worlds, its main leads, Vash and Spike, are mirror images of each other. They’re fun, goofy, and carry around some heavy-duty baggage from their past. And the upbeat Jazz tunes of both shows will leave you tapping your feet long after you’ve finished watching.

In an alternate world, the Holy Britannian Empire rules over almost the entire world, including Japan, now known as Area 11, and its citizens, Eleven. In Area 11 lives a Britannian young man named Lelouch Lamperouge who secretly despises the Holy Empire, and vows to destroy it. His plans become a reality when he meets a mysterious girl. The girl grants Lelouch the Geass, a power that gives him the ability of absolute obedience. Just what he needs to lead a fierce onslaught against Britannia.

Guilty Crown, on the other hand, takes place in the near future. A  virus breaks out in Japan, causing the country to fall under the rule of the GHQ, an independent military force dedicated to restoring order. But instead, it rules with an iron fist. Ready to liberate the people is the guerrilla group Funeral Parlor led by Gai Tsutsugami. The group operates as freedom fighters, and they are the only ones equipped to liberate Japan.

One day a member of the group runs into high school student Shu Ouma, granting him the “Power of Kings,” which makes it possible to draw out weapons from individuals. Now Ouma fights alongside the guerrilla group to take back Japan.

Many series have tried to emulate the success of Code Geass by repackaging the same concept. Guilty Crown is the one that comes the closest to emulating Code Geass’s political themes. They also both feature male leads who receive supernatural abilities from a mysterious girl. And thanks to that power, they’re able to rebel against their oppressive governments.

In 1932, the Flying Pussyfoot made its transcontinental voyage from Chicago to New York. While historic, this voyage isn’t the only thing going on in Baccano! — something supernatural is afoot. Plus, a ton of exciting stories take place outside of the Pussyfoot. Beyond the train, we meet Isaac and Miria, who are looking for gold when a deadly turf war breaks out between two mafia families. But the real mystery is how all the major players in this anime are connected to each other.

Now, Durarara!! is set in the present and follows Mikado Ryuugamine after he moves to the lively city of Ikebukuro. On his first day there, he meets one of the city’s regulars, the headless Black Rider. But the drama doesn’t stop there. Ikebukuro is full of countless colorful characters, and one way or another, they find themselves mixed up with gangs, supernatural creatures, and celebrities.

Brain’s Base hit anime gold when they produced Baccano!, and they replicated that success with Durarara!! Both series features a large cast who give their point of view on each episode’s events, whether it’s a psycho on a train or a headless supernatural creature on a motorcycle. It’s the way these series wind their intertwining plots, and how they come together in the end, that makes them seem strikingly similar. Also, if you watch  Durarara!! closely, you’ll spot Baccano!!’s Isaac and Miria hanging around Ikebukuro.

Ghost in the Shell and Ergo Proxy

By 2029, humanity has advanced to the point that cybernetic bodies, aka shells, have become a commonplace. But despite these technological advancements, crime still runs rampant. In fact, it has evolved from traditional weapons to cyber warfare. To keep these cyber crimes under control, the Japanese government creates Security Police Section 9. Led by Motoko Kusanagi, Section 9 works to hunt down the mysterious cybercriminal and hacker Puppet Master. The hunt quickly turns into a game of cat and mouse that leads Motoko and her team into a world of political and corporate corruption.

While Ghost in the Shell takes place in a world that’s still intact, Ergo Proxy shows us a much bleaker future. Unable to endure the environment’s harsh conditions, humans can no longer live outside. Instead, they shield themselves in domed cities. To improve these living conditions and advance humanity, they’ve invented AutoReives, humanoid-like robots that assist people with their tasks. But this peaceful relationship soon comes to an end when the AutoReivs become self-aware, causing them to commit murder. Investigating these crimes is Inspector Re-L Mayer, who discovers there’s something sinister behind these homicides.

Cyberpunk anime were very popular during the ’90s, spawning a myriad of series and movies. Ghost in the Shell is one such title. Over the years, the film has become a dystopian anime staple, with many trying to emulate its success. Ergo Proxy, with its strong female lead who investigates cyber crimes, comes as close as it gets. Re-L Mayer and Motoko’s investigations lead them to explore many themes, such as existentialism and humanism, amidst a cyberpunk backdrop.