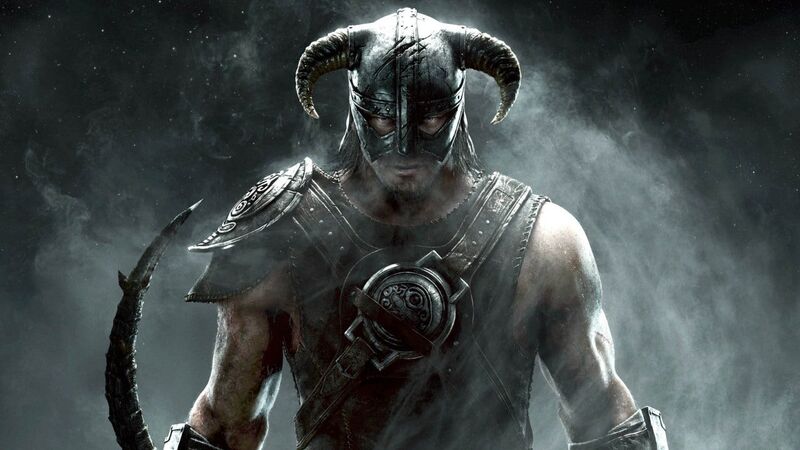 Quakecon 2021 has certainly been eventful so far with plenty of announcements on upcoming titles like DEATHLOOP— but one classic title was the center of attention, a game that has captured the hearts of millions of gamers since 2011.

Open-world RPG The Elder Scrolls V: Skyrim saw players venture out into an unforgiving realm as an unknown warrior (who turns out to be the Dragonborn), with a not-so-simple task of thwarting the evil dragon, Alduin the World-Eater. Expansions and updated editions of the game have arrived over the years, but as part of the 10th anniversary Bethesda has unveiled a new surprise for fans: The Elder Scrolls V: Skyrim Anniversary Edition!

Arriving on Steam PC and console (Xbox Series X|S, Xbox One, PlayStation 5, PlayStation 4), this jam-packed edition will launch on November 11th, 2021—so not too long to go. If you’re wondering what you’ll get for your money, here’s what’s included in The Elder Scrolls V: Skyrim Anniversary Edition.

All the special stuff

Bethesda senior community lead Jessica Finster confirmed at Quakecon 2021 that gamers who own the Special Edition can “upgrade to the Anniversary Edition for the additional content.”

The Special Edition will also be getting a next-gen upgrade on the same day as the Anniversary Edition’s release.

Bethesda has been keen to add some new features to the already thriving open-world of Skyrim, and one of those is the ability to fish!

Bethesda’s managing director Ashley Cheng said during Quakecon, “You know what, I think ten years is a long time to wait but I think it’s worth it. We’re putting a fishing mechanic in the game. It’s one thing that I’ve always wanted to do in Skyrim.

“You’re running around the world, exploring the wilderness, you don’t have to dive in the water and click blindly anymore, you can now grab a fishing pole, do some fishing quests. It’s a great addition to the game, it’ll be free to everyone, and it really adds to the immersion of the world.”

As mentioned earlier, the ability to use mods opens up a whole new level of gameplay enjoyment for Skyrim players, and The Elder Scrolls V: Skyrim Anniversary Edition will be jam-packed with 500 pieces of content courtesy of the Bethesda Creation Club.

These include mods from the community as well as Bethesda’s devs, gifting you new quests and dungeons to explore, new armor and weapons to add to your arsenal, and spells to master.

Why wait until November to jump back in? Grab your The Elder Scrolls V: Skyrim Special Edition Steam PC key from Fanatical now and experience great additional features ahead of the Anniversary Edition’s launch.