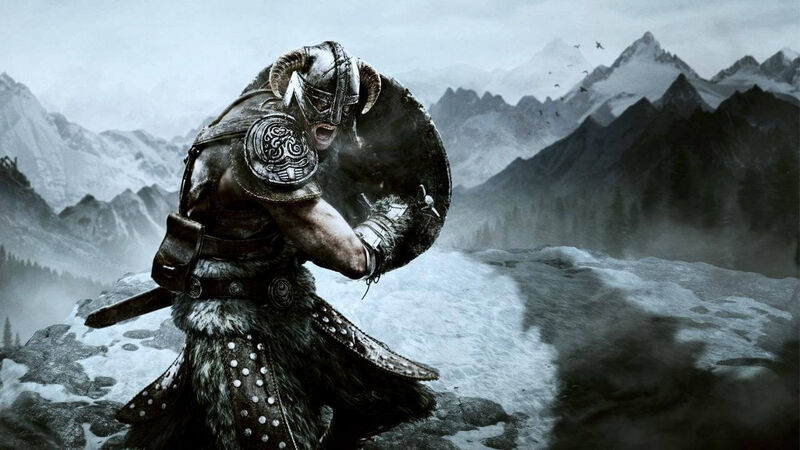 The remastered edition of The Elder Scrolls V: Skyrim may bring with it a host of players brand new to the game. With that in mind, we scoured our own The Elder Scrolls wiki and found a helpful Skyrim Special Edition Starter Guide put together by the community there. All credit goes to their editors. Below you can find what they think is the most valuable information. For expanded versions of these tips, and even more great Skyrim advice, head over to the full overview on the wiki.

Choose Your Race According to Playstyle

Before you choose a race, check out the differences between them and imagine which one best suits your playstyle. Even though Skyrim is not a game that locks you in the choice, you will still find it a lot better to make the right choice at the beginning. For example, if you prefer a tank/melee warrior, you may want to consider Breton, since their ability Resist Magic 25% would be helpful. Or if you prefer to stick to the shadows, the Bosmer (or Wood Elves) have skills particularly well suited for thief builds.

You encounter the Guardian Stones shortly after you escape Helgen, and you need to make sure you don’t miss finding them. There are three stones (The Mage Stone, The Thief Stone, and The Warrior Stone), each granting a 20% reduction in the time it takes to level up skills associated with that class. You can work on all your skills simply by fast-traveling from Whiterun to the Guardian Stones and back to switch from Warrior Stone (because you were maybe smithing some gold rings) to the Mage Stone (because you want to enchant those rings). Or, if a quest calls for stealth, it’s equally simple to tap the Thief Stone so that set of skills gets a speed boost in leveling up.

Conjure Up One of the Game’s Most Powerful Bows

There’s a Bound Bow tome in Fort Amol, and the only thing standing between an early-level Dragonborn and pure sniping satisfaction are a few novice spellcasters. Even if you’re not planning to be primarily a ranged fighter, the Daedric bow summoned by the Bound Bow spell is one of the most powerful bows in the game, so it is certainly worth picking up. You’ll need to improve your Conjuration skill to use the spell, so be sure to check the full guide for tips on easy ways to do that.

To find the spell tome, head to Fort Amol, which is about two-thirds of the way on the Whiterun-to-Ivarstead road that runs clockwise around the Throat of the World. As you enter the interior of Fort Amol Prison from Fort Amol’s exterior courtyard, immediately ahead of you is a spellcaster sitting at a desk. Dispose of him as quietly as you can, because there’s another spellcaster in a nearby room who is standing by to rush to your victim’s aid. Once you’ve dealt with the immediate danger(s), look to the right of the right-hand bookcase behind the desk. See that bucket with the lantern in it? Under that lantern is the Bound Bow tome.

It Pays to Be Sneaky

Having a high Sneak skill makes life much easier in Skyrim. Even if you are a heavily armored melee machine, there are times when sneaking will help get you past a difficult situation. It can also help in scoring some sweet loot (more on that below). Sneaking also serves as a built-in radar. The open eye symbol will alert you to any enemies that can see you and prevents from them getting the drop on you.

The easiest way to build up your Sneak skill is to constantly sneak while traveling. Here are some other good ways to improve Sneak:

One of the joys of Skyrim is exploring the vast map to find all of the different waypoints — location markers on your map that you can later fast-travel to. However, walking long distances to get to an out-of-the-way cave can be tiring and dangerous… unless you have a horse. Horses are faster, sturdier, and can climb rocky mountains better than you. Trying to get to that dragon lair high atop that craggy peak? A horse can usually get you there.

Early on, you can steal a horse from the Whiterun Stables quite easily. There’s one in a stall and there’s an empty stall next to him. Even with the poor sneak skills you have early in the game, you can open the gate to the empty stall, sneak around behind the horse, wait until your sneak-eye indicator says “hidden”, and then hop on and ride off into the sunset!

Bear in mind that if you dismount your stolen horse, it will immediately head back to the stable (at a walk, so you can run and catch him).

Actually, Just Steal as Much as You Can in General

Stealing in real life is bad. Stealing in The Elder Scrolls is a time-honored tradition and one of the easiest ways to collect crafting items for Alchemy and Smithing recipes. If you’re good enough, you can also steal some pretty powerful potions much earlier in the game than you would be able to craft them.

As long as you are hidden and nobody sees you, you can get away with stealing anything marked red without alerting the guards or placing a bounty on your head. Note that in the early game, it may be difficult to sell stolen goods until you find a proper fence, but you can absolutely still use these items for yourself.

Get Rich with the Transmute Spell

Transmute Mineral Ore is an Alteration Spell that allows you to convert iron ore into silver ore, and silver ore into gold ore. These higher value ores can be used to craft higher quality weapons and armor, or other items that can be sold for a tidy profit.

The Transmute Mineral Ore spell is available to you right away. Just visit Halted Stream Camp, north by northwest of Whiterun. In the mine, there is a Transmute spell book. It’s protected by bandits, but if you can lure some of them out of the camp (by galloping the stolen horse from the last entry in and right back out again, for example), you can pick them off one by one. You can then crouch behind some rocks up the hill from the camp entrance while the remaining bandits search for you inside. They will remain alerted, but won’t be able to find you … all the while your sneak skill improves quite rapidly.

Get Even Richer Using an Invisible Chest in Dawnstar

You can take a carriage from the Whiterun Stables to Dawnstar, a small village in the northwest of Skyrim. Behind The White Hall, near the entrance to the Iron-Breaker Mine are three rocks and some bushes. Poke around a bit until you see the “Open Chest” prompt. Voila! An instant source of several level-dependant weapons enchanted weapons, jewels, potions, gold, and more.

The chest belongs to the khajit trader, Ahkari, who camps outside Dawnstar and other cities. Apparently, Ahkari isn’t too concerned about people repeatedly stealing her wares. She will restock the contents of the chest every 48 hours if you find her and ask what she has for sale.

For the expanded Skyrim Special Edition Starter Guide, visit the Elder Scrolls Wiki. Once again, special thanks to the Elder Scrolls community members for putting together such as outstanding beginner’s guide to Skyrim.

Good luck on your journey, Dragonborn. Beware not to take an arrow in the knee!