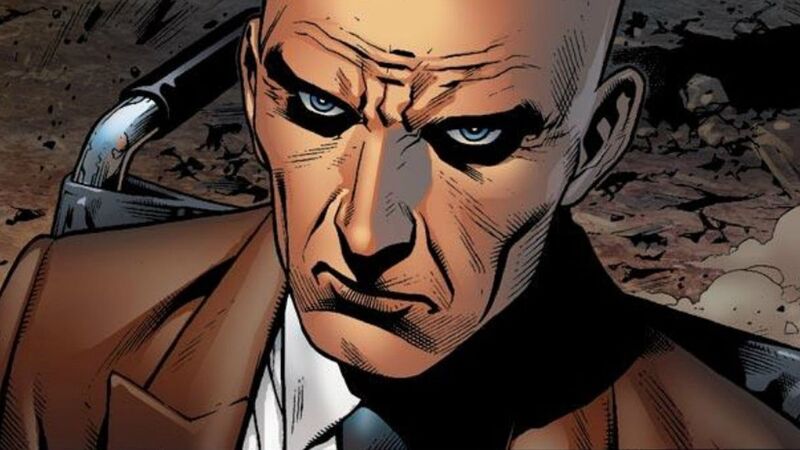 The 10 Smartest Superheroes in Marvel

In the world of superheroes, knowledge really is power, whether it’s to tackle alien invasions or build new tech. Among thousands of characters in the Marvel Universe, these are the smartest of them all.

In contrast to his superhuman powers, Hank McCoy a.k.a Beast is a medical and technological genius with six PhDs. Hank is an expert in genetics, biochemistry, and electronics. What makes Hank one of the smartest superheroes is his ability to recall complex mathematical or chemical formulae with little to no research. Hank used his intellect in upgrading the Blackbird, the Danger Room, and he created a scrambler tool that could scramble all communication devices.

Many may know Jennifer Walters, a.k.a She-Hulk for her super-strength and combat skills, but she is also a skilled and experienced attorney and alumnus of UCLA School of Law. While at UCLA, she was a member of a national merit society for top legal scholars known as the Order of the Coif. As one of the best defense attorneys in the Marvel Universe, when heroes need to go to court, they approach Jennifer for advice. Though she is a supporter of Tony Stark, as an attorney, she advised individuals on both sides of the Civil War.

Amadeus Cho is a man with the mind of a supercomputer and power of Hercules. He can process multiple streams of information around him which allows him to find solutions to tactical challenges faster. He has shown himself capable of doing anything from redirecting a laser-guided missile with a wing mirror or tracking the Hulk based on his trajectory and jump height. Amadeus also got the name “Totally Awesome Hulk” for his ability to draw the entire gamma radiation from Bruce Banner himself.

Hank Pym is a scientist, researcher, and superhero. He is a pioneer in quantum physics and his other fields of expertise include robotics, cybernetics, entomology, and biochemistry. In the comics, Hank is the creator of robot Ultron and repaired Vision often. He even constructed a flying jet with artificial intelligence named Rover, used by the Avengers.

Besides her ability to walk through walls, Kitty Pryde is one of the best hackers in the Marvel universe. Kitty is capable of programming, modifying, and diagnosing almost any computer system: even those of unfamiliar human and extraterrestrial origin. When Ogun had taken control of the S.H.I.E.L.D. Helicarrier’s computer system, Kitty regained control of the computers. She also hacked into the systems at Murderworld so she could escape.

The “genius, billionaire, playboy, and philanthropist,” Tony Stark, is a successful scientist, skilled engineer, and an expert multitasker. Stark used his proficiency in science to build his hallmark Iron Man suits. Each suit has its own specialty, including space travel, stealth, flight, and more. Tony also has the ability to work with 3D imaging and artificial intelligence. He and his A.I computer J.A.R.V.I.S form a formidable team.

With his extraordinary telepathic abilities and genius intellect, Charles Xavier a.k.a Professor X is undoubtedly one of the smartest characters in the Marvel Universe. His educational background includes PhDs in Genetics, Biophysics, Psychology, and Anthropology, and an MD in Psychiatry. Charles is known as the world’s most powerful telepath with his ability to create telepathic illusions and mask his presence with a telepathic cloak. His other powers include mind control, mind transferal, and astral projection. Charles is also the inventor of Cerebro, a super cool mutant tracking machine.

T’Challa is the ruler of world’s most technologically advanced nation, Wakanda. Due to the tremendous deposits of the metal vibranium, Wakanda emerged as the most civilized and richest nation on the planet.

With genius-level intellect and power from the Panther God, T’Challa is undoubtedly one of the smartest. He has a photographic memory and is a genius in physics. He also combined alchemy with science to create a field called Shadow Physics, which allowed him to track Vibranium on a quantum level, craft weapons, and create a teleportation device.

Reed Richards a.k.a Mr. Fantastic was the man behind countless inventions and theories in Marvel. The founding member of the Fantastic Four is the mastermind behind inter-dimensional travel and aerospace engineering. Reed’s super-intelligence has allowed him to invent everything from rocket ships to explosive staircases. One interesting creation that he created with Doctor Doom was the Transporter — a machine that allows travel to the afterlife to communicate with the dead. Reed’s abilities allow him to solve every problem in the world.

This entry might come as a bit of a surprise but yes, Lunella Lafayette, a.k.a Moon Girl, is among Marvel’s smartest superheroes. This nine-year-old black girl’s intellect surpasses that of Reed Richards. Lunella is part human, part Inhuman, which means she’s stronger and smarter than the average person. Lunella quickly completed the Banner B.O.X competence test, which was intentionally intended to be unsolvable. She is also a skilled inventor and an expert hacker. Thus, she has one of the sharpest minds in the entire Marvel universe.