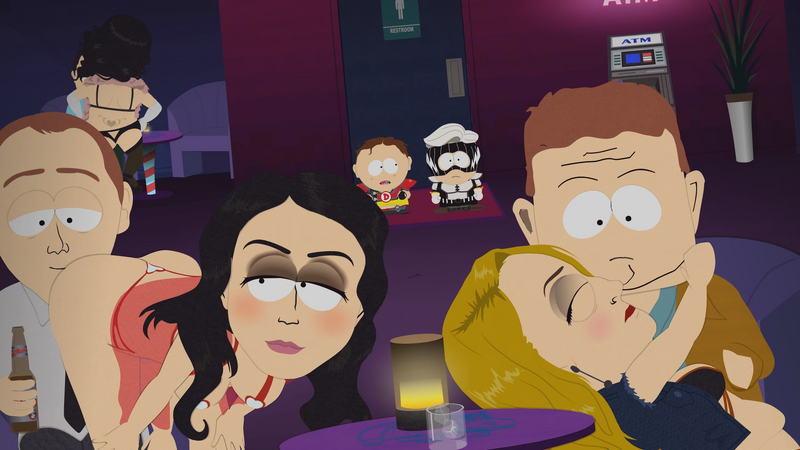 ‘South Park: The Fractured But Whole’ Is Cruder Than Ever, and We Love It

When South Park creators Matt  Stone and Trey Parker came on stage at E3 2012 to reveal the anticipated South Park game they’d been working on, the footage they showed made our jaws drop. Somehow, developer Obsidian had managed to perfectly capture the look and feel of the iconic TV show. It took that same iconically crappy animation the series is known for and rendered it into a fully interactive world. This wasn’t just a digital imitation of South Park – it WAS South Park.

That game, of course, was the brilliant comedy RPG South Park: The Stick of Truth.  With the hilarious adventure launching to almost universal praise, unsurprisingly, a year later Ubisoft announced its sequel.  Fast forward two years and now, after countless delays, it looks like their amazingly named sequel – South Park: The Fractured But Whole – will finally be farting all over gamers hands later this year.

Sitting down with a near-final build at this year’s E3, we’re happy to say that South Park is back and just as outrageous as ever. After relentlessly mocking fantasy tropes in The Stick of Truth, this time the duo have opted to target the endless dirge of superhero movies. Playing as South Park’s new kid once again, this time you will be crafting your own superhero identity and choosing an allegiance in an epic battle of heroes.

As you’ve probably guessed, the whole conflict is actually wonderfully inane, with you have to either pick a side between the kids who want to take their heroes straight into a Netflix series and the opposing kids who believe the quicker bucks lay in building a traditional movie empire.

While The Stick of Truth was hardly kid-friendly, right off the bat our South Park: The Fractured But Whole preview showed a game that takes the series’ wonderfully crude adult humour and dials it up to 11. Walking into a strip club with Scott Malkinson – or Captain Diabetes as his hero pals call him – we’re informed that our mission is to track down a mysterious stripper.

With topless women grinding away half-heartedly in the background, the absurdly dressed kids wander around non-plussed, asking bemused locals for clues. It’s all as wonderfully absurd as you’d hope for from a South Park game.

Yet, when it comes to obscenity, this is just the tip of the iceberg here. A later scene sees the two kids trying to get information out of two locals – and being at a strip club you can probably guess how. After convincing the two drunk men to come backstage with them, players have to take part in a lap-dancing mini game where correctly timing button presses keep you moving in time to the music while repeatedly farting on the two men.

Amazingly, that’s not as extreme as our demo gets, but to be totally honest, we’re not sure how much detail we can actually go into here for the sake of common decency.  With the two men having all the flatulence they can take, we soon get a look at the South Park: The Fractured But Whole’s new combat system.

Where the last game just saw players selecting their attacks from a menu, here a grid-based system requires that you be within the right distance of your opponent to unleash each attack. It’s slightly confusing at first, but once it clicks, you’ll realise you need to actually think about the attacks you’re using rather than just mashing the same two buttons over and over. After our battle is over, we find out the information we needed and proceed to initiate an unbelievably gross plan. Unfortunately, we still need to gather some materials before we can make this vomit-inducing scheme into a reality.

Like in the last game, our South Park: The Fractured But Whole preview session showed your hero’s farting abilities are crucial to solving puzzles. Tasked with finding some pretty X-rated missing items, here you must once again use the analogue stick to aim your farts at part of the environments, creating paths and revealing hidden objects. After making our way through kitchens, toilet stalls and discovering some hilarious little Easter eggs, we soon managed to track down everything we’re looking for.

While our limited South Park: The Fractured But Whole preview didn’t let us truly experiment with it, the game’s menu is brought up by accessing an in-game smartphone. Here players can craft items, equip their heroes and contact other characters for some predictably brilliant little gags.

Will South Park: The Fractured But Whole be any good?

After years of uncertainty, it looks like The Fractured But Whole is going to be bringing South Park back to a gaming device near you, and thankfully it looks like it’ll be at its gross-out best.