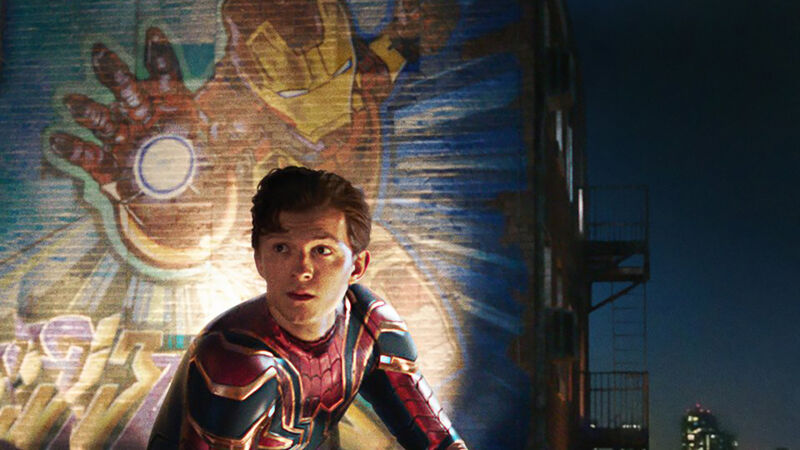 How ‘Spider-Man: Far From Home’ Establishes an MCU Without Iron Man

Spider-Man: Far From Home would always be a big deal, given it’s the newest movie about one of the most popular characters in the world and the latest installment in the hugely popular Marvel Cinematic Universe. But Far From Home has extra significance due to its timing, as it’s the first MCU movie to be released after the mega event that was Avengers: Endgame. A ton had changed by the end of that film, including a five-year jump ahead in the timeline, the return of those killed by Thanos’ snap and, of course, the loss of Tony Stark, as Iron Man made the ultimate sacrifice to stop Thanos and save the universe.

Suffice to say, fans are curious how Far From Home will reflect what has occurred and how it has impacted Peter Parker (Tom Holland), and Fandom turned to director Jon Watts for some answers…

Peter Parker had become a protegee of Tony Stark’s, so with Tony gone, just how much pressure does the young hero feel to follow in his mentor’s footsteps?

Jon Watts told Fandom, “That’s the question throughout the whole thrust of the movie. I think he feels like it’s inescapable, which is one of the reasons he’s lying to himself about the whole situation and trying to not deal with it by instead focusing on his class trip to Europe and his crush on MJ.”

Spider-Man’s famous saying is “With great power comes great responsibility,” but the MCU Peter is still a high school kid. When it came to just how much responsibility Peter feels he needs to take on at this point, Watts remarked, “I always thought of it like this; in Homecoming he’s a kid who really wants to step up and prove himself to the world. But in Far From Home, the world is looking to him and telling him ‘It’s time to step up’ and he’s wondering if he’s able to do that. I remember that feeling growing up. When you’re a kid you really want to be treated like an adult until the moment you are treated like an adult and then you start to realize ‘Maybe things were better when I was a kid,’ but there’s no going back now. I thought that would be a good emotional journey for Peter and a way to continue the story we started in Homecoming.”

As Peter travels through Europe in Far From Home, pushing thoughts of Tony aside become impossible, because there are shrines and tributes to the fallen hero seemingly everywhere he goes. Watts said that when they were developing Far From Home, and its multi-country setting, showing the effect Tony’s loss would have “was a big part of it.”

Watts noted, “So many things happen in Endgame and there are so many questions at the end of that film that aren’t resolved, in terms of what is the world like now? How does the world feel without Tony? We felt like that was inescapable and wanted to make sure that was a big part of our film.”

Jacob Batalon, who plays Peter’s best friend, Ned, told Fandom that when it came to losing Iron Man, “I think, worldwide in the MCU and the universe, it’s a really devastating blow. Besides being a big fan of the superheroes and everything, the entire world is basically indebted to Iron Man. It shows throughout the movie. It’s something they can’t escape, that he’s actually gone. Everyone is trying to move on with their lives and find the next Iron Man.”

Watts stressed just how difficult it was to include this in the film during production, all while also keeping it a secret that Tony was going to die in the still-unreleased Endgame, leading to a lot of digital additions to scenes shot earlier.

As Watts explained, “Actually shooting it was kind of tricky because in order to keep it secret, we couldn’t actually do any of that stuff because we didn’t want it to leak out. We couldn’t paint a giant “RIP Tony Stark” mural on the side of a wall in Prague. The Russos would have been mad at me! Even though it was such a big part of the movie, we couldn’t tell anyone that or show any of it. We had to do all of that later.”

While he’s dealt with plenty of loss throughout his history, Spider-Man is also a symbol of heroism and positivity for many, and Watts said that when it came to acknowledging what happened in Endgame, without it overwhelming Far From Home, “That was always the trick. We had to deal with these serious implications as a result of what happened in Endgame but doing that while being true to the tone we established in Homecoming. That was a creative challenge to figure out a way to address all of these issues in a way that wasn’t just two hours of sadness.”

The new Spider-Man films have subtle references to the loss of Peter’s Uncle Ben, without directly discussing it or showing it. However, we have spent time with Peter and Tony together, and when it came to depicting how Tony’s death would hit Peter personally, Watts said, “It’s true that the loss is such a big part of what makes Peter Parker who he is in the comics. We didn’t tell the origin story so we didn’t see Uncle Ben die in Homecoming but it was an opportunity to deal with some of those same iconic themes from the comic, but doing it using Tony Stark instead of Uncle Ben.”

In Far From Home, Peter finds himself brought in by Nick Fury (Samuel L. Jackson) to help on a crucial mission, which pairs him with Mysterio (Jake Gyllenhaal), a newly-discovered hero from another part of the multiverse.

Fury has plenty of experience recruiting heroes, and Watts noted that in the wake of Avengers: Endgame, and the losses experienced, he’s perhaps more eager than ever to find more help.

Said Watts, “If you think of it from Nick Fury’s perspective, if he were the one who created the Avengers in the first place, now they’re gone and he was gone and he’s been on his back foot this whole time. The idea of a character [like Mysterio] just flying out of the sky and showing up at Nick Fury’s doorstep has happened to him before, as we’ve seen in Captain Marvel. So because of all the crazy things that have happened in the Marvel Universe, the appearance of Mysterio isn’t that big of a surprise.”