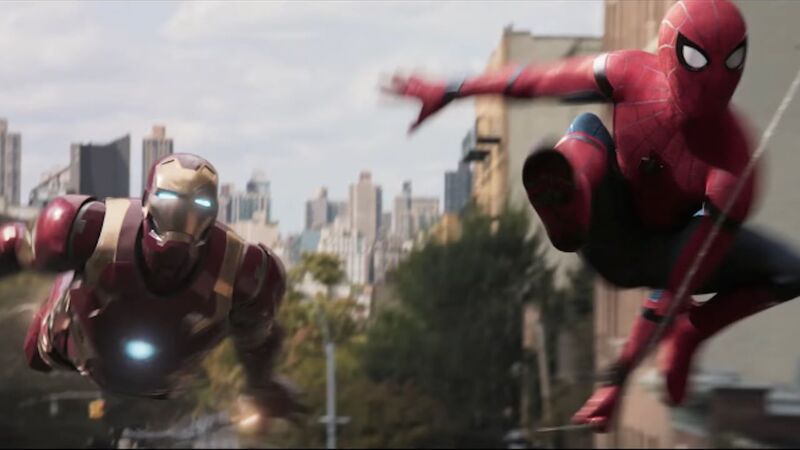 ‘Spider-Man: Homecoming’ Trailer Is Going To Make You Smile

Spider-Man: Homecoming has been one of the most anticipated Marvel movies in ages. We saw our first look at the film yesterday but now the wait is over. There are TWO brand new trailers to check out. Here’s the North American version…

The John Hughes high school vibe is strong with this trailer. The awkward teenagers, the romance, and the whole keeping a secret identity deal. …Oh right, that’s the superhero part. It’s hard to deny how charming this looks. Right out the gate, this is full of a childish warmth and playfulness that might have been missing from the Marvel Cinematic Universe. Peter Parker and his world are feeling young and fresh.

And here’s the international version with a few different scenes — it opens with recycled footage from Captain America: Civil War — and some additional dialogue…

We’ll be breaking this trailer down in-depth but quick impressions: LOVE Michael Keaton as the Vulture. He’s playing arch in just the perfect way. And the costume looks like it’s the right balance of silly and believable. The scenes between Peter and Tony are delightful and put forth a real torch-passing tone. That final shot! If there’s one thing to be cautious about, it’s the hope that Tony Stark isn’t too prominent in the film. This needs to be Peter’s movie.

But what really stands out is that we’re getting a Spider-Man movie that feels like it’s something new. The Sam Raimi films and the Marc Webb films both have their own unique flavors. Spider-Man: Homecoming doesn’t come off as a blend of what’s worked before. It’s carving its own path.

The wait was certainly worth it. As I said, we’ll get deeper into this trailer in another article but let’s all ride this wave of excitement for a while. This could very well be the best Spider-Man movie that we’ve seen yet. Start marking the days on your calendar. Spider-Man: Homecoming does whatever a spider can on July 7, 2017.

Check out our full trailer breakdown below…