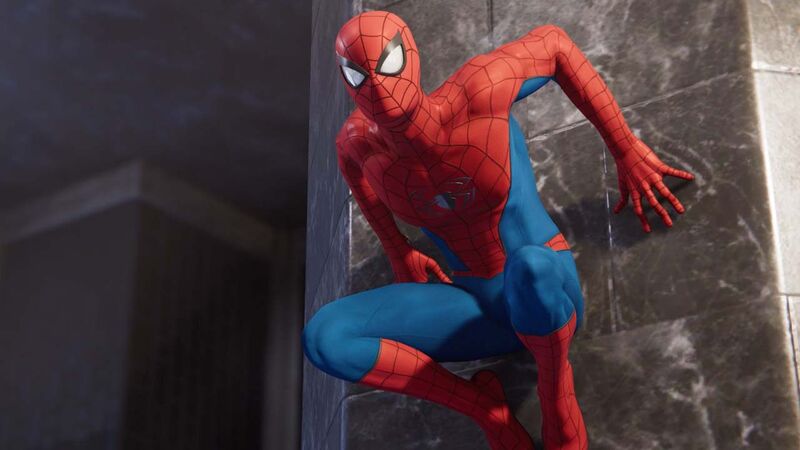 Gadgets play a big role in Marvel’s Spider-Man, the 2018 PS4 exclusive featuring an all-new universe and story for the wall crawler. Thanks to an emphasis on Peter Parker’s brilliance as well as spectacular agility, your overall build will depend as much on gadgets as suits, suit mods, and skills.

Progressing through the story will unlock some Spider-Man PS4 gadgets, whereas other require you to level up, or find a particular item in the world. Finding the stun gun, for example, will unlock the Electrified Web gadget.

Once a gadget is unlocked, you’ll still need to craft it. This is done with the various tokens you earn for doing missions around Manhattan. We’ve previously written about the six different kinds of token and how to obtain them.

The following gadget list is based on an early preview of Spider-Man PS4, and is subject to change. Insomniac may tweak things, or add more towards the end of 2018 and beyond.

Rapid fire web shooters. Shoot enemies near walls to stick them to walls.

This is the default gadget Spider-Man uses to web up Kingpin in the first boss encounter. Kingpin is a “brawler” archetype of enemy which needs to either be webbed up or hit with environmental objects to stumble before they can be hit.

We had a chance to try this one out, and if you’ll pardon the pun, it was a blast. It instantly has the same effect as about five shots of the Web Shooter, with a lot of extra kick. This will actually carry enemies off of their feet and glue them to nearby walls, rendered more useless than that meme of the guy ducktaped to the ceiling at a LAN.

If you’re too far away for a stealth takedown, this can be used to take out an enemy instantly. The Impact Web is also handy for brawlers which need to be webbed before struck.

“Deploy a Spider-Drone which will seek out and fire an energy blaster at nearby enemies.”

It’s all about crowd control in Spider-Man PS4 combat. Spidey himself can only take a few hits, and anything that keeps the swarm busy is a big help. We’re excited about the Spider-Drone’s extra damage, but mostly we hope it takes a few henchmen off our backs so we can stop dodging and do some damage of our own.

“Electrified web that stuns targets and arcs to nearby enemies.”

This already seems great versus large groups of melee thugs, but we’ll be keen to find out how effective this is against the brawler archetype of enemy. Pressing R1 to web up brawlers is already their counter, so perhaps this is a more effective version with added stun. The autotarget on your R1 could make this handy for keeping ranged enemies stunned while you deal with other problems as well.

“Proximity-triggered explosive that instantly webs all enemies in range.”

We’re expecting this one to be unlocked through the Marvel’s Spider-Man story. Peter Parker isn’t the only gadget genius in Manhattan, and he’ll be getting help with blueprints from elsewhere. Our bet is this second source provides the Web Bomb blueprints, either after some story trigger or after completing a mission to give him what he needs.

Community manager James Stevenson described this as his favourite gadget for dealing with large groups of enemies. In our experience with the game, it’s those moments of being swarmed which are the most hectic. It can be hard to find a moment to string three attacks together without needing to dodge. These moments are all about crowd control, and we’ll be taking Stevenson’s advice when we get our spider-mitts on the game.

“Discharge a pulse of sonic waves that sends enemies flying.”

Boom. The cost of this gadget is lower than it seems. Scenarios offering Crime Tokens are frequent and unlimited. Take advantage of a brief respite from melee attacks, but the range of this one is probably too short to solve your ranged enemy problems.

“Lifts enemies in to the air and holds them there for a short duration.”

This is a mid to late-game gadget and we’re interested to see how much Focus it’ll require. As a rule in Spider-Man PS4, enemies are vulnerable when in the air. But as with the above Concussive Blast, the range of the Suspension Matrix will have a huge effect on how useful it is.

That’s because Spider-Man PS4, knocking an enemy into the air already keeps you safe from melee enemies. What’s harder is gaining protection from ranged enemies, and the radius of this gadget’s area of effect will decide how close you have to be to scoop up those gunmen as well.

It’s worth noting that there are certain thresholds as you upgrade gadgets that will allow you to do specific things. It takes about four shots from the Web Shooter to fully web up a thug, for example. With six in your starting kit, the upgrade of two more will allow you to quickly take two henchmen out of a fight.

We’ll keep this list updated as time goes on and we play more of the game, and we’ll update the costs of upgrades as well.