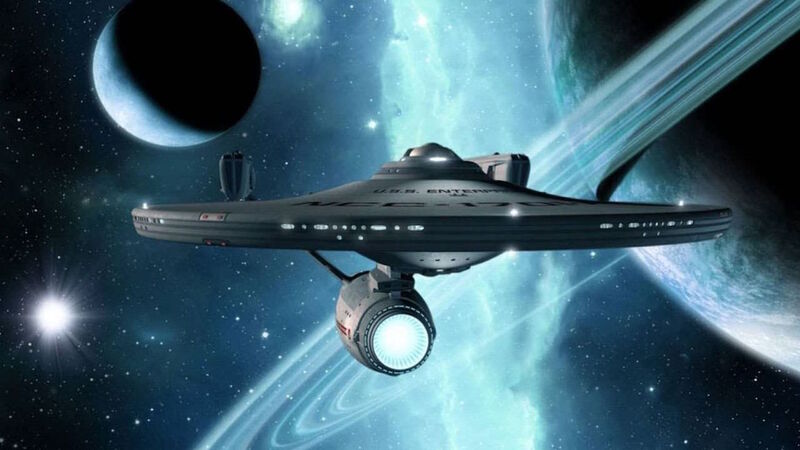 Star Trek first aired on television 50 years ago today. Created by the legendary Gene Roddenberry, the storied franchise has expanded over the years to include six different TV incarnations (with another on the way), 13 feature films, numerous games, books, and comics — not to mention an actual language, some amazing fan films, a slew of other unofficial media, decades of annual conventions, and an entire “Trekkie/Trekker” subculture.

Since its debut, Trek has inspired fans and sparked their imaginations in ways that couldn’t have been imagined in 1966. We’ve been asking fans, including some you may recognize, to share what Star Trek means to them.

Here’s what some of them had to say…

“Star Trek gives us all that feeling of belonging.” – Bonnie, Lafayette, Louisana

“Star Trek gives us all that feeling of belonging. I discovered it a little later in life, and I wish I’d discovered it when I was younger, because in school I felt kind of like the nerdy outcast. Watching Spock or Data, I identified with them, because they were different, but still belonging while being true to themselves. And just seeing all the different races and cultures, with everyone accepting everyone, is really special.”

“I’ve been watching Star Trek since I was young — and I’m old. Wonderful show about wonderful people. I come to Star Trek conventions to see friends and family. I enjoy the noise, the crowd, the freedom. Some of my fondest memories are seeing people in wheelchairs smile, seeing kids giggle, seeing people dress up, and seeing the actors enjoying the awe of their fans. Star Trek is forever, just like family. We’re a family.”

“It inspired me to leave my town and become an artist.” – Jeff, Los Angeles

“Star Trek means many things to me. Growing up, Star Trek was something that was important to me because the crew of the original series were like my friends. And watching them face adversity gave me the ability to face my own fears. It inspired me to leave my town and go to New York to become an artist. I find it infinitely inspirational — as just great TV, and on a philosophical level.”

“We live in the future. We live the way the world should be.” – Joanie, Salt Lake City

“The reason why I love Star Trek so much is because I found [in it] the love of other people. I go to conventions all the time, but when you’re here, people just smile and there’s so much love here. We live in the future. We live the way the world should be. We all accept everybody for who they are, and what they want to be.”

“It’s beyond anything you can ever imagine.” – Scott Bakula (“Captain Archer,” Enterprise)

“I fell in love with the original series back in the ’70s — I was in college. I said back then, ‘Wouldn’t it be great to be on a ship with those guys?’ and to have that kind of a friendship. I didn’t even know I was going to become an actor, so the fact that I got a phone call that said, ‘Do you want to be the captain of the Enterprise?’ I almost jumped out of my skin I was so excited. Being a part that legacy — the history of something that will never be repeated — it’s been a great joy, furthering the relationship I have on this planet with other fans. It’s beyond anything you can ever imagine.”

“I think we sometimes forget that we can go far, and we can improve as a species.” – Aliza, Newark, New Jersey

“Star Trek means a lot to me. It’s this beautiful, positive outlook on humanity — I think we sometimes forget that we can go far, and we can improve as a species. It’s a hopeful view, it’s a creative view. I’m a creator — I’m a writer and an actress — and I’m always constantly inspired by Star Trek. I challenging myself, thinking ‘How can I push the envelope?’ and live in the same tradition that Gene Roddenberry started?”

“For me, it’s special because I was able to create an icon that people identify with.” – Michael Dorn (“Worf,” The Next Generation)

“I grew up with the original, so it was a real treat to be a part of The Next Generation and watch the phenomenon take off again. Now, I’ve had almost 30 years of constant Star Trek work. For me, it’s special because I was able to create an icon that people identify with and find compelling. That’s something that you don’t have an opportunity to do very often. I consider myself very fortunate

“When we were younger, there weren’t too many black faces on TV… I’m a scientist now, and I owe that to Star Trek.” – Pamela, Inglewood, California

“I’m 61, and I’ve been a fan ever since it started. Star Trek means everything to me. When we were younger, there weren’t too many black faces on TV, and to see one on Star Trek was just wonderful — and to see a black woman was even better. I love the all-inclusiveness of it all. I’m a scientist now, and I owe that to Star Trek.”

“There was an Asian, like me, who wasn’t a thug or a bad guy — he was part of this heroic crew. That’s why, to this day, I’m a fan.” – Grant Imahara (Mythbusters)

“What Star Trek means to me is a picture of diversity… A place that we would like to be, eventually, beyond war — where people work together to explore the universe. I watched it in reruns as a kid, and I think it resonated with me because it had all different races represented. For me, there was a guy who was Asian, like me, who wasn’t a thug or a bad guy — he was part of this heroic crew. That’s why, to this day, I’m a Star Trek fan.”

“It’s about humans going into the future and having a spiritual and mental evolution.” – Drew, Las Vegas

“I really love Star Trek. I’m obsessed with the whole science fiction part of it — it’s about humans going into the future and having a spiritual and mental evolution. For me, it’s really deep because it intertwines with my personal beliefs. Star Trek is a way for me to understand the world around us. I love the deeper meaning of humanity evolving into something greater.”

“My story’s probably a little different from yours… When I was a little kid, my father had a home office. And I’d always go into his office and want to play. Sometimes he’d be busy. But when he was busy, he had this 16MM projector, and he would turn it on and I’d lay on the floor and watch. What he put on was the Star Trek blooper reel. I remember sitting on the floor and just giggling my head off. That was my first introduction to Star Trek. I miss those days, and I miss that fun.”

Boldly go, and be counted. Leave your digital mark on Star Trek fandom in celebration of the 50th anniversary. Tell us what Star Trek means to you in a short video and submit it here or share it with @getfandom on Twitter or Facebook.