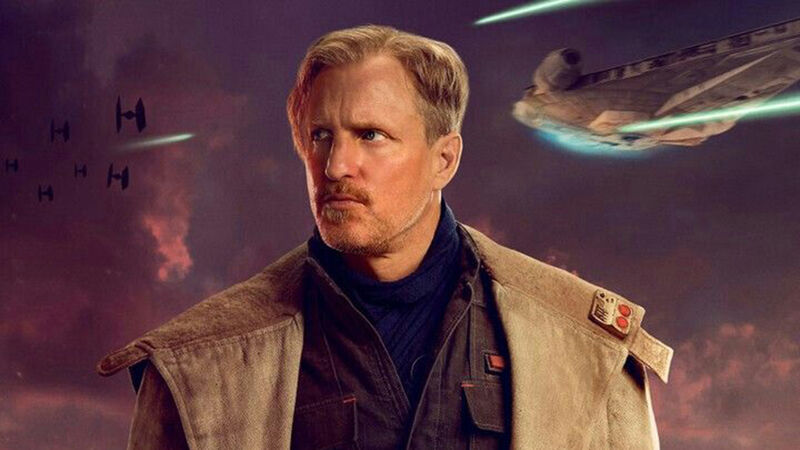 Zombieland: Double Tap duo Woody Harrelson and Jesse Eisenberg have both, in recent years, inhabited standout characters in major franchises. For many, Harrelson’s morally ambiguous professional thief, Tobias Beckett, who (spoilers) befriends a young Han Solo and then betrays him, was a highlight of the Star Wars spin-off prequel. Similarly, there are some that hail Eisenberg’s Lex Luthor – who appeared in Batman v Superman and Justice League — as a brilliant screen version of the Superman villain.

While Harrelson’s Beckett was [SPOILER ALERT] killed at the end of Solo, thereby ending his involvement in the future of the franchise, it has also been reported that Eisenberg has exited his DCEU role in the wake of the comic-book universe’s ongoing shake up. He also told the Happy Sad Confused podcast in the summer that he had “nothing left on the table” for the role. But that hasn’t stopped either of them telling Fandom recently that they’d both be open to reprising their respective roles – though NOT in a limited series, according to Harrelson.

We put questions from Fandom’s fan communities to both actors — and Zombieland and Venom director Ruben Fleischer, who we quizzed about Spider-Man’s entry into the Venomverse – and got some revealing tidbits.

“No. I probably wouldn’t want to do that,” answers Harrelson in response to Fandom community member Jade Moonstroller’s question about whether he’d be interested in a limited series focused on Beckett and his crew. “I’d want to do a limited series, but not that one.”

Which closes off (potentially) one avenue open to streaming platform Disney+  — set to premiere a series about another Star Wars villain, The Mandalorian, imminently — and its roster of TV shows.

He would, however, be up for acting in another Star Wars movie, admits Harrelson in response to another fan, RafRivv, who asked precisely this.

“Be tough for me because they killed him off,” he begins. “So … prequel? Sure. Defo.”

With the Star Wars spin-off films currently on hold, it’s unlikely we’ll see Beckett return any time soon, of course. But Marvel did release a comic book one-shot that filled in Beckett’s story prior to the events of Solo – so it’s interesting to note that there’s a story already fleshed out for Harrelson to step into.

Eisenberg was equally effusive about revisiting Luthor, when we put DC fan Zac’s question to him about playing the villain again: “Yeah, yeah! I loved it. I loved it. I did a little part in Justice League and I’d love doing that again. It’s a great, flamboyant kind of movie villain.”

For audiences and studios, the appeal of revisiting characters is obvious, but what exactly is it about reprising a role for an actor that’s appealing?

Eisenberg says, “The advantage of doing that kind of thing is [that] you find different things that are funny. You realise what’s working for you and what’s not. And with [Zombieland: Double Tap] in particular, because the original script wasn’t written for us as actors but, of course, the sequel was … you can kind of highlight what you feel most comfortable doing and discard that which feels inconsistent with the character, or inconsistent with your interpretation of it.”

“I was really bummed that people didn’t like it because it’s a crowdpleasing movie and I’m not sure if there was just blowback against Sony or people just worship Marvel.”

For Harrelson and Eisenberg, Zombieland is one of those franchises to which both were keen to return, as was director Ruben Fleischer. Once the script was right, of course – Harrelson talks of holding out because the scripts weren’t working initially and Fleischer independently adds that “the challenge with this sequel [was] just getting the script right.”

But one franchise Fleischer is pleased to hand over to a new director is the Venomverse. Having helmed the first film in Sony’s new comic-book movie universe, Fleischer found himself on the receiving end of some hurtful criticism.

When asked what he would have changed about Venom (thanks for the question, Rainskull), Fleischer says, “If anything, I would have changed the critics’ reaction to it. I was really bummed that people didn’t like it because it’s a crowdpleasing movie and I’m not sure if there was just blowback against Sony or people just worship Marvel. But I was really surprised that the critics [were gunning for it] because audiences really enjoyed the movie. And so many people who’ve seen it just appreciated that it was a fun superhero movie. So I was a little surprised. I don’t know what they were expecting.”

With that in mind, he says, “I was kinda happy to let somebody else take over. And I’m excited to see what he does with it.”

‘He’ is Mowgli director and performance capture king, Andy Serkis, who has said he has “very clear ideas” for the film and who could well ultimately orchestrate an introduction for Spider-Man – Venom’s longtime comic-book adversary – into the franchise.

“That’s where it’s all going to lead,” he reveals. “And that’s the exciting thing, because we changed the origin of Venom … in the comics, he evolved from Spider-Man but because of the Marvel-Sony thing we weren’t able to that. And so the thing I think it’s building towards, and will be exciting to see, is when they actually do confront each other.”

Let’s hope that the Marvel-Sony ‘on-again off-again’ relationship is now at a point to allow this to happen.

The Zombie Kills Too Complex For Zombieland: Double Tap

From one undead relationship back to another. In Zombieland: Double Tap, Eisenberg and Harrelson reprise the roles of Columbus and Tallahassee respectively – the cautious and kinda awkward Ohio native and the gung-ho Floridian zombie killer — in a world ten years on from when we first met them in the early days of the zombie apocalypse.

In some ways, things have remained the same – Juicy Couture velour tracksuits are still a thing, music and pop culture references remain stuck in 2009 – but in others, they’ve moved on. The zombies have evolved, Abigail Breslin’s Little Rock is growing up fast, and other people are coming into their previously small world. Oh, and the zombie kills are becoming ever more creative. Never mind Zombie Kill of the Week, they’re now weighing up Zombie Kill of the Century.

With some imaginative zombie deaths featured across the two films (remember the nun who calmly dropped a piano on a zomb?), there must have been some even more outlandish ideas that didn’t make it in. Fleischer cites two of his favourite scenarios this time around that production on Double Tap was simply unable to accommodate.

“I remember at one point pitching an idea that someone had pulled a tree really far back, and they cut the rope, and then the tree smacks a zombie out into space,” he recounts. “And then there was an idea — it was a little too intricate to shoot – but, like a Rube Goldberg machine someone had built where the basketball falls down a rail, and then that knocks over a bucket, and the bucket spills the thing, and you follow the whole thing, which leads to a really impressive final kill. So, we had a bunch of ideas and due to production issues, limitations, we ended up [just] doing those two [main featured Double Tap] zombie kills on the same day.”

In the sequel, Columbus’s rules for survival develop – and we discover that his list has grown exponentially. But what if Fleischer, Harrelson and Eisenberg found themselves in the midst of a zombie apocalypse? Asks Mikee_D, what would their Top 3 rules be?

While Eisenberg will only say he thinks “’Beware of bathrooms’ is way too high for its purpose”, Fleischer offers his alternative Top 3.

“My [first] rule would be: find someone much better at killing zombies than I am and stay behind them and let them do the work. I think [I’d need] a Tallahassee by my side to survive,” he says.

And because food would be important, he suggests finding “a way to check [food] expiration dates.”

Fleischer’s second rule, therefore, would be: “Something like ‘Expiration dates are only suggestions because…’ when everything’s expired. I don’t think everyone’s harvesting their own food necessarily.”

And Fleischer’s third rule? “Find a bomb shelter,” he says.

You can watch our interview with Woody Harrelson and Jesse Eisenberg in the video at the top of the page. Zombieland: Double Tap hits screens in the UK and US on October 28.