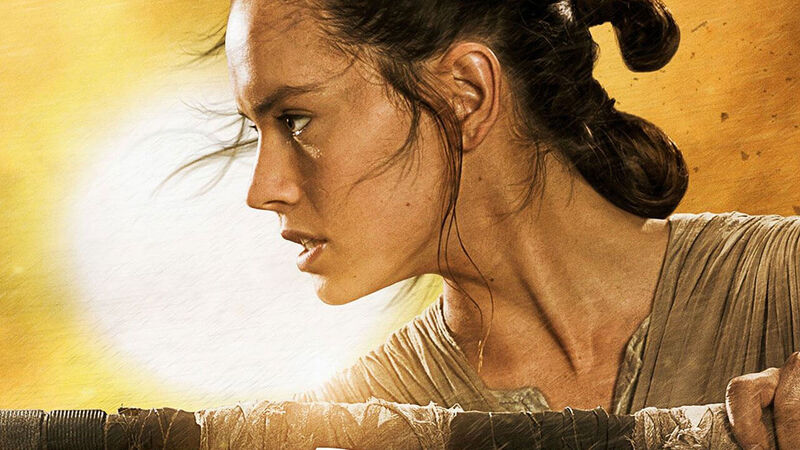 ‘Star Wars’ – Who Are Rey’s Parents? (UPDATED with ‘The Last Jedi’ Spoilers)

WARNING: This article contains SPOILERS for The Last Jedi and the identity of Rey’s parents. You’ve been warned!

The big mystery is finally revealed. After countless theorizing and a painstaking attempt from fans to connect as many potential clues as possible, the identity of Rey’s parents have been revealed.

And Rey’s parents are…

Yes, the revelation of Rey’s parentage is that her mother and father were some unimportant junk traders who sold her off for no greater purpose and are likely dead in pauper’s graves. She has no relation to any previous Star Wars characters and her parents won’t play any significant role in future films.

Exactly how this will go over with fans is going to be interesting, but in the meantime, feel free to check out all of our various theories and speculations below.

The months since the release of Star Wars: The Force Awakens have given fans ample time to come up with ideas for what might happen next, and to think of answers for all of their many questions. Other than who Supreme Leader Snoke might be, perhaps the most-asked question is: Just who is Rey? Where did she come from? Who are Rey’s parents?

I haven’t made it any secret here on Fandom that Rey is my favorite character from The Force Awakens. Everything about her is great, so of course I’m very interested in knowing about her past and who her parents are. I have some ideas (including a theory that was, unfortunately, debunked by the great new novel Bloodline by Claudia Gray), but I’ve also loved hearing what the fans have to say about who they think Rey is.

These are some of my favorite theories about who Rey’s parents are.

A new theory has been proposed by Reddit user Darth Hodor, and it’s one that ties into the ongoing Star Wars Rebels cartoon series. Here’s their idea:

“Simply put, I think Benicio Del Toro is going to be Rey’s father. … But that’s not to say Del Toro will be playing a new character. I think he’s playing an adult Ezra Bridger (from the Rebels TV show). He’d be about the right age, and there have been theories that Rebels will end with Ezra (and Kanan if he’s still alive) joining Luke’s new Jedi Academy. But then why was she left on Jakku? The theory I’ve come up with is that Ezra falls to the dark side. He joins forces with Snoke and together they start manipulating the Jedi starting with Ben Solo. Foreseeing this, Luke hides Rey from her father, and in retaliation Ezra, through or with Kylo Ren, destroy the Jedi Academy. Luke flees and Del Toro is left without knowing where his daughter is hidden.

The reason I really like this theory is it allows for a “double fall” in Episode VIII. It sets up Rey’s fall to the dark side (which could be incredible if pulled off correctly) and Kylo Ren is already poised for a redemption arc of his own (a “fall” to the light). This would set up a fantastic finale between these two characters in Episode IX.”

This would definitely be a great treat for fans of Rebels, but it would also mean attempting to sum up that series’s storylines and characters to an audience that is just coming for the main feature films. It’s possible that elements of Rebels will find their way into the Skywalker saga films — there were a few fun Easter eggs in Rogue One — but this might be a little too in-depth for casual fans of the films. Still, it’s a fun theory and it’s possible Del Toro could be playing a character we’ve seen before.

By far the most popular theory about Rey’s parents says she is the long-lost daughter of Jedi Master Luke Skywalker. That makes sense in the context of the film. She has a striking resemblance to Luke’s mother, Padmé Amidala, and shares the great piloting skills of both Luke and Anakin Skywalker. She displayed a strong connection to the Force, proving she was able to call upon it once she learned that the power was within her. Kylo Ren seemed to know who she is as well. Most of all, the lightsaber of Anakin Skywalker called specifically to her and gave her a vision when she touched it. In that vision, she saw Luke himself and heard the voices of iconic characters like Emperor Palpatine, Yoda, and Obi-Wan Kenobi—all of whom are intrinsically tied to the Skywalker storyline.

The Skywalker storyline is at the very heart of the Star Wars saga. The saga films have always been about the Skywalker family, and Lucasfilm president Kathleen Kennedy has said that that’s not going to change. So while Kylo is a Skywalker by virtue of being Princess Leia’s son, generally the hero is also a Skywalker too. That leads to the possibility that Rey is indeed the daughter of Luke Skywalker, and that the quest to find the long-lost Jedi Master ultimately leads her to rediscovering the family that she lost so many years ago.

Rey is a Kenobi

Although there isn’t really any proof of this theory, an interesting fan idea is that Rey could be a Kenobi, possibly the granddaughter of Obi-Wan Kenobi. On its face, that doesn’t seem likely. After all, the Jedi Code forbids that sort of attachment. Could Obi-Wan have really fallen in love or had a child with someone? Yes, as a matter of fact. He already had a sort of-relationship with Duchess Satine Kryze of Mandalore, so it’s not outside the realm of possibility that, while in exile on Tatooine, he had a relationship with someone else and ended up having a child. Perhaps even one he never knew about. Until The Force Awakens, of course. After all, that was Obi-Wan’s voice we heard calling to Rey at the end of her vision, saying: “Rey, these are your first steps.”

I don’t put much stock in this particular idea, but there is one very interesting aspect to it. After two generations of a Kenobi training Skywalkers, perhaps it’s time for a Skywalker to train a Kenobi? That is a very intriguing storytelling prospect, and it would put the Kenobi line in a much more prominent place amongst the pantheon of Star Wars heroes.

To get into this theory, I first have to talk about Kylo Ren. If you saw The Force Awakens, you know that Kylo’s true name is Ben Solo, and he is the son of Princess Leia and Han Solo. He was seduced to the dark side by Supreme Leader Snoke, who saw Ben as being the embodiment of a new type of Force user who could tap into both the light and dark sides with equal balance between them. Whether that ends up working out is a question in and of itself—Kylo was clearly tormented and conflicted by the two sides of the Force—but the one thing we know for sure is that Snoke all-but stole Ben away from his family.

So what if the heroes did the same thing to Snoke?

Now, we know absolutely nothing about the Supreme Leader (fans certainly have their theories, though), but some fans have taken to the theory that Luke, Leia, and Han discovered that Snoke had a daughter and hid her away so the Supreme Leader could never find her. This young woman would be strong in the Force once it was time for her to enter the galactic conflict, and she could be used as a weapon against the dark side just as Kylo is used as a weapon against the light. Whether there’s any merit to this idea is anyone’s guess at this point.

Of course, no list of theories about Rey’s parents would be complete without another strong contender: that she is the child of two people we’ve never heard of before. She could be a complete nobody, someone with raw potential who is thrust into a great adventure and who becomes a new hero for a new generation. She would know, influence, and be influenced by the great heroes who came before her, including the Skywalkers, but she wouldn’t be a Skywalker, a Kenobi, or even a Snoke herself. That could be a way of moving the franchise into the future, without having to rely on the same group of characters throughout the saga films. Revealing that Rey’s parents are two brand new characters would present many storytelling opportunities moving forward.

Rey is a Palpatine

This theory is definitely a bit of a stretch, but it’s made the rounds online ever since The Force Awakens premiered. There’s a few things that fans point to suggesting that Rey might somehow be related to Emperor Palpatine: her British accent, for one, as well as similarities between her fighting style and the style that Palpatine displayed in Star Wars: Revenge of the Sith. Not to mention the fact that we heard Palpatine himself in Rey’s vision, with dialogue from Revenge of the Sith.

Perhaps a more tantalizing connection, however, is Jakku itself. We know that Rey is from Jakku, but we don’t know for sure if she was dumped there or if Jakku was her homeworld. We also know, because of the novel Aftermath: Life Debt, that there is more to Jakku than meets the eye. Then-Chancellor Palpatine went to Jakku during the Clone Wars in search of dark power beneath the planet’s surface, and we learned that something important happened on Jakku a thousand years earlier—though we don’t yet know what it was. I imagine we’ll know more in Aftermath: Empire’s End, set for release on February 21, 2017, but in the meantime the connection between Palpatine and Jakku has given some fans cause to wonder if there’s a connection between Rey and the Dark Lord of the Sith himself.

Personally? I’m hoping that she’s Luke’s daughter. There was a great article by Lex on FANGirl Blog about this. It said if Rey is not a Skywalker, it could actually jeopardize her role as the central character in the new trilogy. If the saga films are about the Skywalkers and Rey is not one of them, then that suggests that Kylo Ren is the central character. Rey’s story, then, is at risk of orbiting Kylo’s and being in service to his destiny. Not only would that be a shame because Rey is such a great heroine for this new generation of Star Wars films, but also because it would diminish the first woman to be the central character in the Star Wars storyline. Rey doesn’t have to be a Skywalker for that story to work, but if done poorly then the revelation she’s someone else’s child could hurt this great new character.

Who do you think Rey’s parents are? I want to hear from you—tweet at me and let me know what you think!

Brandon Rhea
Brandon Rhea is VP of Growth at Fandom. He's a huge fan of Star Wars, Star Trek, Game of Thrones, and Marvel. He's a Gryffindor whose Patronus is a cat.