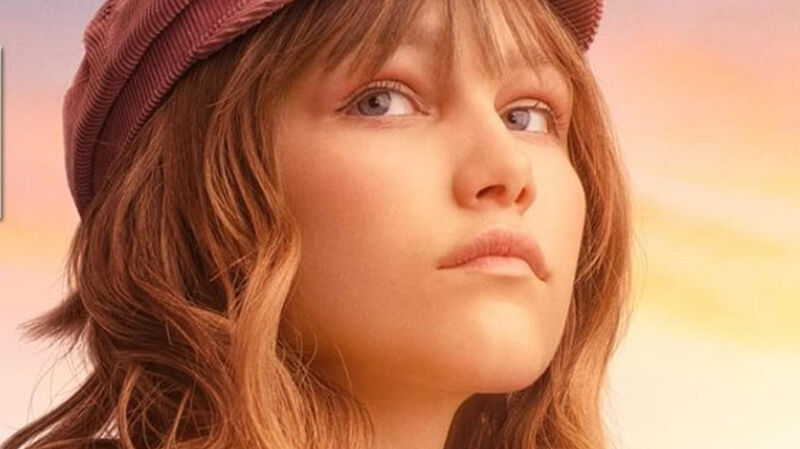 Whether your memories of high school are 30 years old or 30 minutes old, one constant thing remains true: While it’s never an easy time, it’s a whole lot harder to get through that experience when you don’t really fit in.

Debuting this Friday, Disney+’s new original film Stargirl, based on the beloved novel by Jerry Spinelli, is all about that — but it’s also a celebration of the sort of brave and unconventional spirit who shows up for her first day of school with a ukulele, calling herself Stargirl and is, at least initially, totally unafraid to be herself.

“Personally, [nonconformity] is a really important topic to me,” said Grace VanderWaal, who stars in the film as the titular girl who enchants the shy Leo (Graham Verchere) with her unique approach to life. “I think it’s really important in this day and age.”

Added Verchere, “It shows all of the sides — it’s wonderful being able to be yourself. But it’s difficult.“

Here’s to the Oddballs

Giancarlo Esposito (Breaking Bad, The Mandalorian), who plays Leo’s mentor Archie, said that he was charmed by this opportunity — a very different role from playing a merciless drug lord or an Imperial Moff, because “This script took me back to my youth, to my time in high school.”

Esposito added, “I felt like I didn’t belong, where I wasn’t allowed to be the guy that I was — a bit of an oddball, a bit of an outcast. I wasn’t able to have the courage to embrace that. And this film, I think, allows folks the opportunity, if they choose, to embrace the wonder of their dreams.”

Karan Brar, who plays Leo’s best friend, Kevin, noted that one thing that makes Stargirl special is the fact that the cast represents a massive amount of inclusivity, and thus making sure that Stargirl, in the film, is surrounded by “such diverse characters that I think it really kind of furthers the storytelling that we’re doing in this day and age, which is introducing different backgrounds into stories like this that have been around for a while.”

Director Julia Hart, before beginning her career as a filmmaker, was a high school teacher — so while Stargirl is meant for a younger audience than her last film, 2018’s PG-13-rated Fast Color, she had no trouble switching gears to make something for the core Disney+ audience: “I sometimes have a tendency in my personal life to use expletive words. But whenever I was in the classroom, it was like a switch that got turned off, right.”

More importantly, she added, “I think when you authentically dive into a world as a filmmaker, it just works. It’s easy to just feel the tone and the scope and the audiences. That was the most exciting thing for me when I started showing the movie to audiences was how much young people — both boys and girls — were connecting to it. That made us feel like we have done something.”

Cast member Alex James, who plays Zack, was struck by the film’s lessons, which echo what he’s observed in life. “You learn in general, even through trends, that the jumping on to what’s popular tends to fade out quickly. The people that actually use their talents for good and for longevity to be themselves, you realize that those people stay popular throughout the entirety of their lives, because they’re themselves.”

But, as fellow co-star Darby Stanchfield said, “I think it’s human nature to sort of, you know, go along and fit in, for the sake of maybe not being made fun of or being bullied. I feel like it’s discussed a lot more now.”

However, she noted, “I do think that there is a double-edged sword. Absolutely. When you decide to do something that’s original or not what everybody else is doing, sometimes that can rock the boat and create a backlash. It’s not always so easy. But I’m all for people who do that. I love originality.”

It’s All About Kindness

While the film doesn’t shy away from how hard it can be when you don’t fit in, Hart made a point of sharing that on set, “all of our young cast were so authentically themselves, and they were all so kind to each other.”

This, she said, matches with her teaching experience, because she feels that “young people are a lot more connected and kind and engaged than I think a lot of media would give them credit for.”

Horowitz believes that “Kids are really prepared for that message. I think they really want and are ready to receive that message. So I’m excited to get the movie out into the world and see how people feel about it.”