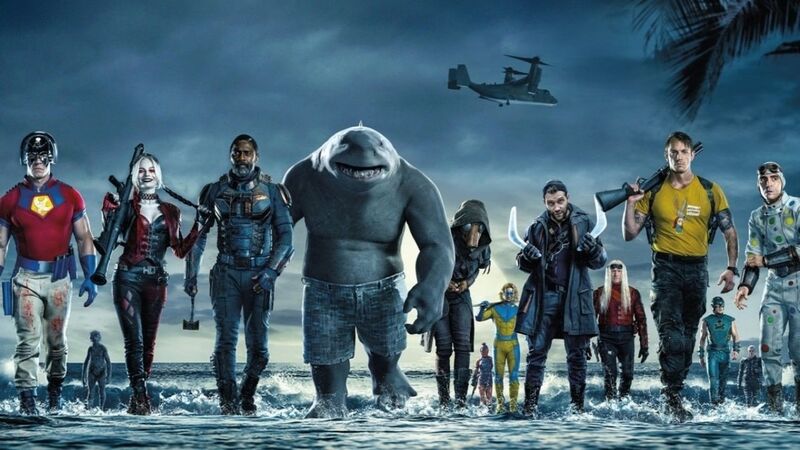 The Suicide Squad: Is It Possible To Implant a Tiny Bomb In A Person’s Head IRL?

Must be impossible to put a bomb in someone’s head without killing or severely injuring them, right? If you’re a fan of The Suicide Squad, you’ll know that intelligence honcho Amanda Waller controls the high-security convicts she enlists for whatever certain-death task she wants them to carry out by implanting a tiny explosive device inside their heads. With the threat of detonation hanging over them should they disobey any direct orders. That’s gotta be enough to make anyone toe the line. But could such a thing actually be possible?

Because we know that’s what you’re all asking, we went to a medical professional to grill him about whether we could carry out a tiny head-bomb implant in real life without upsetting the applecart (for “upsetting the applecart” read “unintentionally blasting brains to kingdom come”) but that would also be powerful enough to decapitate the “patient” à la the comic books. The answer is… well, complicated. Read on to find out.

“It’s certainly challenging, for sure,” says prominent MD Boris Vaisman, who has an APA private practice in Los Angeles. “There’s not a lot of extra room inside our head for things. Space [is an issue]. But we do implant things in brains now. They’re just not particularly big. For the most part, the things that we implant now are things to prevent seizures and strokes. Things like that. It’s mostly that electrodes, like the wiring sensors, are in the brain and then the battery pack that [powers it] is usually outside the brain. Because those things typically take up more room.”

Okay, so the biggest problem we’re facing is the realistic size of the device. The bombs implanted in the Suicide Squad’s heads are about the size of a grain of rice, at their largest. You can watch the procedure in the official Red Band trailer for the film. Dr Vaisman admits to being no bomb expert but isn’t certain you could fit enough explosive material to do the kind of damage Waller and co. might be looking to effect within such a small mechanism. Especially since it would also require a power source — that doesn’t appear to have been fitted elsewhere about the body in the film.

“Whatever explosive material you have has to have some sort of trigger, which essentially has to have a power source,” says Vaisman. “And it’s that power source that needs to have wiring. Right now, the technology for most of those things is about the size of a wristwatch. At least, you know, the face, which would be definitely bigger than you could just inject with a syringe.”

Got it. But what if we assume the technology does exist?

“I guess in these sort of movies, you make the assumption that the government has technology that’s smaller, better, faster than the rest of us,” says Vaisman, suggesting that that could also be true in real life. “But I think it would be difficult to get that sort of blow-up-your-entire-head amount of material in there. You probably could implant something in the head [of the size shown in the film]…”

Vaisman trails off, stuck on the idea that there’s not much chance of it also containing a battery.

Any tiny head-bomb, then, would probably need an external power source. And we’ve established that, although a blast from a bomb this small might not kill you, it could be enough to take you out of the game. With that in mind (pardon the pun), where would the best place to insert such a device be in terms of both minimizing damage during the procedure and maximizing damage during detonation. Dr Vaisman agrees that the base of the skull area where the bomb is placed in the film would probably be the location of choice – and providing you were careful enough, implantation in the brain itself would make most sense.

And so, onto the method of implantation. Would it be possible to inject a grain of rice-sized bomb into the head – or brain — as they do in the movie, or via keyhole surgery at a push? Or would it need to be done via a full operation using general aesthetic, scalpels, and so on?

“I guess, in theory, they’re not looking for the same sort of precision that we’re looking for in medicine,” says Vaisman. “We’re trying to put [a device] in a precise place to solve a problem, to fix, you know? To prevent excessive movement after Parkinson’s disease or to prevent seizure. If they’re just looking to drop something in to blow something up later, I’m sure it could be less precise than that.

“But still, you can’t just put something randomly in your brain without pushing on other parts of your brain, and that can give you some serious symptoms. Like paralysis. So, just having a person walk up to you and sort of pick a direction and shoot probably is not going to work well, especially if you’re injecting it into a really important critical part of the brain that’s in charge of critical functions. You need to know where you’re going. They’re trying to not only put something in that they can blow up later, but have a functioning person after they inject it.”

“You can destroy any piece of the brain when you’re putting something in just blind, and the brain handles lots of functions. You could impair your sight, you can impair your hearing. You can impair your breathing, you cannot speak anymore, you could lose the ability to understand spoken word. All these are things I imagine they would like in their would-be assassins.”

Could You Avoid the Meat of the Brain?

Let’s say there’s a device in existence powerful enough to kill a person (or at least guaranteed to take them out for good) but that won’t do unintentional damage and that could sit between the skull and the brain, meaning you wouldn’t actually have to invade the brain itself. Could that be possible?

“I mean, that’s probably the target for that sort of device,” says Dr Vaisman. “And right now, there are devices that do sit in between the skull and the skin. And certainly, you could implant something that doesn’t actually go inside the meat of the brain that could still provide enough destruction to do what you want to do. Once you insert something in the brain, you really need to know where you’re going to prevent doing unintended damage.”

Though direct implantation into the brain would be the most foolproof way of carrying out Waller’s intended consequences, Vaisman concedes that – providing there’s an existing device both small enough and powerful enough – it would be possible to embed an effective explosive device that avoids any tampering with the brain itself.

And could such a device be operated with a remote control?

“In theory. There are devices like deep brain stimulators that patients can turn off and on with a remote switch of some sort. But the battery power itself is within the device [and as we said implanted elsewhere]. The power has to be available within the device, and you can get a small battery. You’re only looking in their case for a single-use, it only needs to work to fire once. So it’s not like a pacemaker that might need to be fired multiple times a day. They only need to be activated a single time.”

A Small Reaction In the Wrong Place

The device, then, would need to be larger than the grain-sized gadget we see in the film, but we could get away with a smaller battery than a deep brain stimulator since it would only need to be operated once. Now it feels like we’re onto a winner. But is there a danger of it exploding unintentionally?

“You would imagine,” begins Dr Vaisman. “But, you know, for pacemakers that people wear all the time, or vagus nerve stimulators, all these things, they are programmed very well to know when to fire. They don’t fire when they’re not supposed to. I don’t know that that is as limiting factor as some of the other things.”

So, in conclusion, does Dr Vaisman think it possible to insert a tiny bomb into someone’s head without damaging them?

“Yes, I think theoretically it could happen. You do want to make sure that you’re inserting it in the correct place; in a place that doesn’t do damage as you insert it. But yes, I imagine you could have some sort of remote control device that would set off enough of an electrical pulse to detonate a small reaction. And all you need is a small reaction in the wrong place to cause major damage.”

We’re not getting this procedure ever. Not willingly, anyway.