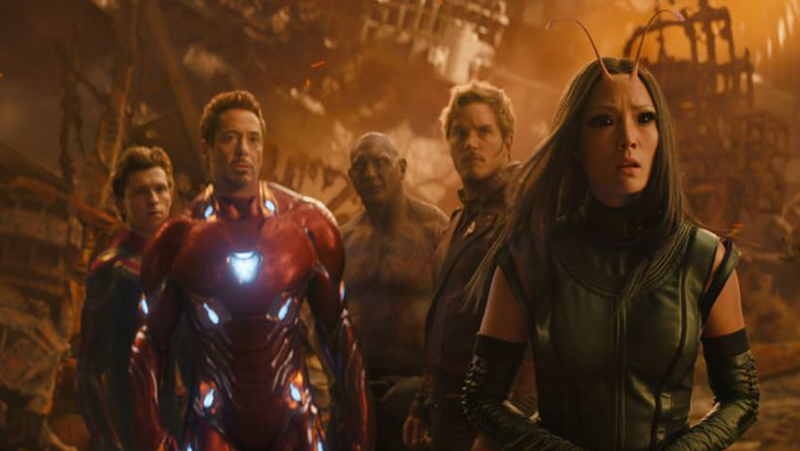 Everyone is teaming up in superhero movies. In Birds of Prey (And the Fantabulous Emancipation of One Harley Quinn), now in theaters, Harley Quinn (Margot Robbie) joins up with the Huntress, Renee Montoya, Black Canary, and Cassandra Cain. The CW’s Berlanti-verse just finished their Crisis on Infinite Earths crossover that combined Arrow, Supergirl, the Flash, Black Lightning, Batgirl, and the Legends of Tomorrow to defeat the Anti-Monitor and smoosh together their different universes. The epic battle at the end of last year’s Avengers: Endgame brought together just about every hero and side character who had survived the previous 21 Marvel movies. Even Black Widow, nominally a solo movie, looks like it will be about Natasha Romanoff (Scarlett Johansson) working with other former Russian superspies like Red Guardian (David Harbour).

While superheroes are joining forces, villains in their own movies are facing the world alone. Venom gave the popular Spider-Man nemesis (played by Tom Hardy) an anti-heroic role. Last year’s Joker went even darker, showing the disturbed aspiring comedian Arthur Fleck (Academy Award winner Joaquin Phoenix) transforming into a symbol who inspires others to confront authority. The upcoming Morbius, slated for this summer, will show the origin of another Spider-Man villain in Jared Leto’s doctor who turns himself into a vampire.

Up until 20 years ago, it was the other way around. “A whole lot of those early heroes are working by themselves, or maybe they got a sidekick,” says Travis Langley, Ph.D., a professor of psychology at Henderson State University and the editor of The Joker Psychology. “These shallow, uncomplicated characters had a different kind of appeal to us, but in the modern zeitgeist, we want more complicated heroes.”

In the 1950s TV series Adventures of Superman, starring George Reeves, the Man of Steel fights crime but he never meets another superhero. The campy 1966 Batman series featured a wide variety of colorful villains, but Batman (Adam West) just had Robin (Burt Ward) and eventually Batgirl (Yvonne Craig) to help (aside from the occasional Green Hornet and Kato). Lynda Carter’s Wonder Woman, in her series that ran from 1975 to 1979, only partnered with her younger sister Wonder Girl (Debra Winger) for three episodes. In The Incredible Hulk, Bruce Banner (Bill Bixby) doesn’t encounter superheroes until the made-for-TV movies that aired well after the series original five-season run — one movie featured Daredevil, and the other introduced Thor. Christopher Reeve’s Superman and Michael Keaton’s Batman were also the only superheroes in their movie franchises.

There were plenty of animated teams from Super Friends in the 1970s up through X-Men in the 1990s. For live action, however, the heroes almost always got help from civilians — never a big team of equally super-powered characters. Before the millennium, the only attempt at a superhero team-up on screen was the mostly forgotten Legends of the Superheroes variety specials from 1979.

The era of the solo superhero started to close with X-Men in 2000. It was the first movie to feature a large superhero team, with six main X-Men and at least another dozen superpowered students on the bench at the Xavier School for the Gifted. Beginning in 2008, Marvel introduced new solo films featuring the Hulk, Iron Man, Thor, and Captain America. Samuel L. Jackson’s post-credits appearance in Iron Man mentioning “the Avengers initiative” made it clear that the new Marvel Cinematic Universe was promising to unite these characters together on the same screen. Captain America’s first movie, after all, was subtitled The First Avenger to hint at the team-up in the franchise’s future.

Superhero teams already had a long history in the pages of comic books, dating back to the first appearance of the Justice Society in 1940. A team-up fulfills our innate desire to be both an accepted member of an elite group, while also providing a unique contribution to that group. “I think groups like the Avengers are popular because we imagine what our own role might be if we could join the team,” says Wind Goodfriend, Ph.D., a professor of psychology at Buena Vista University. “We’d have our own special abilities that would contribute uniquely, and we’d be part of an admired group of friends.” Psychologists even have a term for this tendency: optimal distinctiveness theory. It explains why people shell out for exclusive country club memberships or train hard to make varsity sports teams. The distinctiveness part of the theory also explains why superhero groups are never just eight people who shoot lasers out of their eyes — one character shoots lasers, another is indestructible, another one is telepathic, and so on, until each member complements the others’ abilities.

When overpowered superheroes like Superman or Thor have saved the world on their own a few times and seem unbeatable, having them join a group brings them down to Earth. “Each individual superhero starts to feel like a more human character when he can’t handle everything by themselves,” Langley says. “If he can handle everything by himself, it’s a little harder to connect with him.” Conflicting personalities on the team can also generate conflict, which is more interesting than a hero only talking to his sidekick or guy-in-the-chair. What’s more, a bigger group allows for a wider variety of interactions, allowing characters to show greater depth. When Iron Man has to work with Doctor Strange or Harley Quinn meets Black Canary, those conversations can reveal new facets of their personalities.

Villains are more often portrayed as loners. A solo villain like Heath Ledger’s Joker seems more threatening because he’s able to cause so much chaos and stay two steps ahead of the good guys all on his own. The villain might have a couple advisers and an army of expendable henchmen, but rarely do you see the hero’s enemy carrying on meaningful relationships. “If they have buddies, that removes some of the monstrous quality to them,” Langley says.

Yet as heroes have grown more complex by their inclusion on teams, villains also gain depth by breaking that solo archetype. Take, for example, Adrian Toomes (Michael Keaton), a.k.a. The Vulture, who is made more sympathetic in Spider-Man: Homecoming partly through his professional relationship with his criminal crew. Even when Toomes does the standard evil boss move of offing a henchman, he immediately admits he thought he was reaching for an anti-gravity weapon. When Spider-Man finally defeats Toomes at the end of the movie, it comes off as tragic and Spider-Man’s victory feels bittersweet.

We clearly like seeing bad people do bad things on screen — crime movies like Bonnie and Clyde and the Godfather trilogy have a much longer cinematic history than superhero movies, after all. “Freud suggested we have both a loving, constructive instinct and an aggressive, destructive instinct,” says Goodfriend. “Most of us try to focus on the former, but we like the voyeuristic aspect of seeing villains choose the latter.” Importantly, Goodfriend adds, we also desire to see the villain get some kind of comeuppance at the end, even if they’re the focus of the story. With the exception of Infinity War (which was only the first part of the story) and Joker (which sees Arthur arrested but enjoying the spotlight at the end), villain movies have to either show the character’s downfall or take on a redemptive arc like Suicide Squad.

The closest thing we’ve seen to an “optimally distinctive” supervillain team is The Seven on The Boys, the Amazon Prime series based on the graphic novels by Garth Ennis. The Seven are a kind of mirror universe Justice League that pretends to be a force for good, but its members turn out to be terrible people hiding behind a diabolically effective public relations strategy. “Those superheroes are villains, and they’ve kind of overrun the world so they get to do whatever they want,” says Langley. It shows one of the two logical endpoints for a supervillain team-up movie: Either the villains defeat the heroes and take over, or their evil organization falls apart from everyone’s selfishness.

Aside from The Boys, a movie with a full-fledged supervillain team is probably in our near future. With the Vulture popping up in the Morbius trailer, Marvel might be teasing a Sinister Six movie. “I think now that we’ve seen this Joker film, we will see greater variety in superhero stories and we will see more supervillain stories,” Langley says. It’s not that a supervillain team-up movie can’t work; it’s just that the bar for difficulty is even higher than a superhero team-up — which itself sounded like a near-impossible feat just 20 years ago.