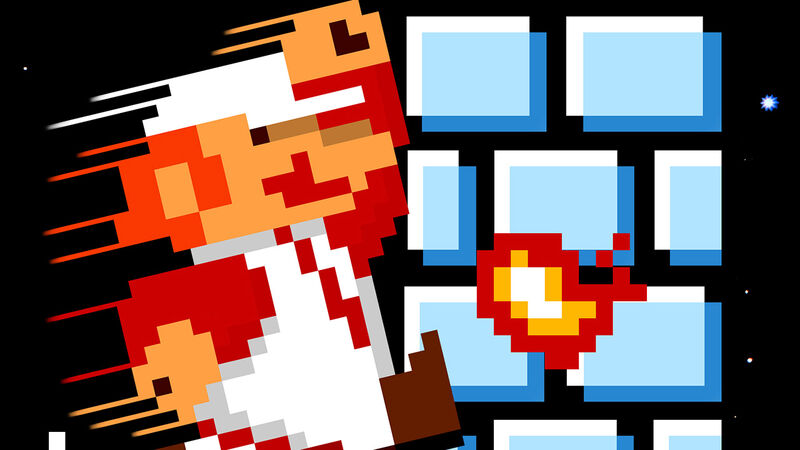 As we celebrate Mario’s 35th anniversary — a misnomer, considering that Mario himself had notable misadventures in games like Donkey Kong and Mario Bros. before Super Mario Bros. was released in 1985 — it feels significant to mention the times that Mario, in addition to saving the Mushroom Kingdom, has ended up elevating and evolving gaming itself.

Much more than a mascot, Mario is one of the reasons that home consoles exist as we know them today. Prior to the release of Super Mario Bros. for the Nintendo Entertainment System in 1985, the video game industry was in turmoil. Largely due to the marked success of Atari and other home consoles in the early 1980s, tech manufacturers began to flood the market with various games and systems, even ordering double or triple the projected sales for some of their games. The bubble finally burst in late 1983, leaving people to believe that home gaming was over, and that kids would have to move back to arcades — in fact, plenty of analysts assumed that the NES would be a massive failure at its American launch.

The release of Super Mario Bros. flipped this expectation on its head. The launch of the game, and particularly the coveted ‘Nintendo Seal of Quality’ calmed investors and gamers that questioned the diminishing quality of games in the ’80s. Between the game’s expert platforming design and endearing soundtrack, it became a massive hit, and Nintendo ended up with 98% of the video game market share after its release.

The Super Mario series itself went on to solidify many of the practices we see in games, particularly in Nintendo’s game design. Through the remainder of the ’80s, Nintendo refined both Mario’s character and the Mushroom Kingdom’s, adding familiar enemies like Shy Guys and Bob-ombs, while also introducing faces like the Koopalings and Princess Daisy. This wide cast of characters would set the stage for Nintendo’s vast library of spinoffs, taking Mario and friends through sports, education, and even medicine. They also inspired other developers to follow suit, like Sega’s introduction of Knuckles and Tails to Sonic the Hedgehog’s games.

Mario’s 2D games have received their own re-releases throughout the years, but for Super Mario Bros.’ 35th, the focus is steering towards Mario’s 3D games. These games have been influential in their own right. Super Mario 64, the first game in the new 3D collection, had a massive impact on games. Besides being one of the first games to be ‘hyped’, it was also the first first-party Nintendo game to render Mario in full, 3D glory.

It helped to flesh out the Mushroom Kingdom, allowing Mario to travel throughout both the castle and its surroundings through the game’s paintings. It’s also the first game ever to feature a moveable 3D camera, cleverly designed to be handled through Lakitu’s movements. This, combined with an open world, gave Mario a level of freedom and maneuverability that was revolutionary for platformers at the time. Mario had always been one of Nintendo’s test series to show the new capabilities of their systems; Super Mario 64 was Nintendo’s announcement that the N64 was going to be the future.

Just as Super Mario 64 made a statement, Super Mario Galaxy, another entry in the 3D collection, was similarly used to show the graphical and motion capabilities of the Nintendo Wii. Galaxy featured several ideas that Shigeru Miyamoto and the rest of the Mario team toyed with in previous tech demos, and even in some special levels in Super Mario Sunshine. The tactile movability was brand new in Mario games, and introduced the idea of letting the player manipulate the environment as they controlled Mario. The use of gravity mechanics was far different from anything we’d seen the mustachioed hero do to date, and combined with his penchant for jumping, it was, naturally, a success. The game also introduced best girl Rosalina, and her army of adorable Lumas. Super Mario Galaxy was so popular, it was one of the only 3D Mario games to receive a sequel; even 64 and Sunshine couldn’t pull that off!

The next time Nintendo used the series to show off its hardware, it released some of its best entries into the Mario franchise. The Wii U saw innovations in how Nintendo wanted fans to manipulate the environments of Mario games. Super Mario Maker allowed fans to create custom Mario levels using proprietary Nintendo developer tools, which both introduced new ideas for levels and catapulted Mario into the eSports space. Super Mario Maker and its sequel introduced Mario to massive new audiences on Twitch, which previously only saw Mario popularity during new releases or speedruns. Nintendo even introduced its own competitive scene for the game, one of the rare times it has actively supported pro competitive play.

Mario’s adventures through the Mushroom Kingdom and beyond helped to shape Nintendo as we know it today — it’s an innovative, creative company that, for better or worse, commits itself to testing new ideas and technology with each new iteration. In a speech at GDC 2011, Shigeru Miyamoto said, “It isn’t about ‘games’, for me, personally, and it never really was. It was about creating something- anything- far bigger than yourself.”

Mario’s use, not just as a mascot, but as a pioneering character means that for many of us, our formative gaming years have been touched in some way by his mustachioed smile. As Miyamoto said, Mario is bigger than him and, honestly, bigger than just his own stories and adventures. Through the past 35 years, Mario has seen us through the revival of home gaming, the movement from 2D to 3D graphics, and the integration of motion controls and new, immersive mechanics.

Amber
Mielfuzz
I'm a gaming and anime nerd that loves to get into the weird, wacky, and disastrous history of it all.