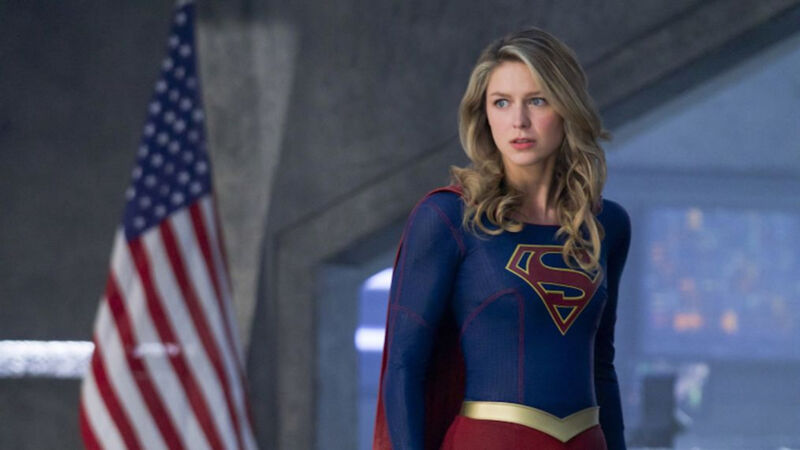 After the big changes that took place in the Season 3 finale of Supergirl, Season 4 will see the CW superhero show taking inspiration from a classic Superman comic arc. The finale, “Battles Lost and Won,” saw the team defeating Reign and saving Sam; Mon-El deciding to return to the future (with Winn joining him and Brainy staying behind); and Alex promoted to the head of the D.E.O. The last moments of the finale also revealed a second Supergirl in Siberia, created from the aura that left Kara’s body during her fight with Reign.

Comic readers will notice a similarity between this new storyline and the iconic Superman: Red Son arc. During interviews at San Diego Comic-Con, actress Melissa Benoist cited how that comic will inform the upcoming season. “The doppelgänger that we saw at the end of Season 3 is going be a really cool experiment in ‘nature vs. nurture,’ I think, in the way that ‘Red Son,’ the Superman comic, explored it,” she said. This will inspire the season and put Kara face-to-face with her greatest foe yet: herself.

Who is the Red Son?

Superman: Red Son is the ultimate “What if?” story. Written by Mark Miller with art by Dave Johnson and Kilian Plunkett, the comic tells the story of what would have happened if Superman’s rocket ship landed on a Ukrainian farm rather than one in Kansas. The loving Kent family is replaced by a collective of farm workers. This means Clark doesn’t grow up to become the symbol of hope and justice for America, but rather an agent of the Soviet Union. With the help of Superman’s powers, the USSR succeeds in taking over the majority of the world. Ironically, the only one who can save the United States is scientist- turned-president Lex Luthor.

What Does This Mean for Supergirl Season 4?

While Supergirl isn’t directly adapting the Red Son storyline for Season 4, the show’s producers have said they are inspired by the comic’s events. It’s not an unfamiliar concept; Supergirl has done it twice already in Season 1 with Bizarro Supergirl and most recently in the crossover episode “Crisis on Earth-X ” featuring Overgirl, the Nazi version of Supergirl from Earth-X. This time, however, the new Supergirl will not be an evil doppelganger, but the same Kara, just raised under different circumstances. Our Kara is defined by her relationship with her family, especially her sister Alex. It will be interesting to see how she would be different without their love and guidance.

Undoubtedly this season will see the need for Kara to confront this “Red” version of herself and face some of her own demons in the process. And with the theme of the season focusing on the idea of strength vs. fear, there will likely be many conversations about what it means to be a hero. Like her cousin, Kara has always been a symbol of hope. But did she choose this path or was it chosen for her because of where she landed? It’s a compelling concept, and one the show looks to explore more.