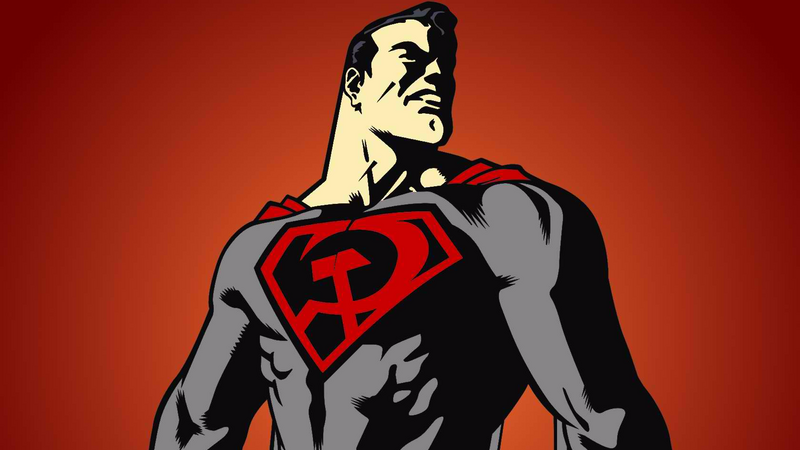 ‘Superman: Red Son’ Is Being Developed As a Live-Action Film

Superman: Red Son is one of the biggest selling graphic novels ever published. The “what if?” story – known as Elseworlds at DC – posits an interesting question: what if Kal-El‘s escape pod landed in Soviet Russia instead of the United States? What kind of figure would he grow to be? What kind of values would he put above all others? The tale is a favorite for DC fans and an adaptation was always something fans hoped would happen. However, they assumed it would be relegated to an animated feature.

But, great Lenin’s ghost! Sounds like there is actually a live-action, big budget version of Superman: Red Son in the works at Warner Bros.!

This exchange between Superman: Red Son author and Kong: Skull Island director Jordan Vogt-Roberts seems to confirm that the project is kicking around at Warner Bros.:

Wait, really? Because I pitched it to them months ago and was told no. It's the most punk rock thing the DCEU could do in my mind.

100% agree – in the excitement for shared universes I think people forget the fundamental potency of cinema is a beginning, middle and end.

To be fair, this isn’t an official confirmation that the movie is happening. It only means that DC Films is kicking the idea around. This would be a major departure from the current “shared universe” model that has taken over franchise filmmaking.

And that would be the best thing DC could possibly do.

Marvel is the only series that is successfully executing the cinematic universe idea right now. DC has struggled with the concept right out of the gate, but they seem to have found some footing with Wonder Woman. But, it’s interesting that that film is only loosely tied to the bigger DC Extended Universe. Wonder Woman works completely on its own. Making strong standalone films could be how DC differentiates themselves in the current marketplace. Crazy to think that such an idea would be considered radical but that’s the state of the blockbuster movie business.

Selling Superman: Red Son as a one-off story sounds brilliant. It’s an idea that is immediately intriguing but also understandably a lark. This would be apparent if another actor played Superman instead of Henry Cavill. Showing that the DC Extended Universe can actually be “extended” and encompass an unlimited number of ideas would be awesome.

It would also be a cool way for DC to be more experimental than Marvel when it comes to filmmaking style and story. Marvel has figured out a formula and they are sticking to it. DC has a chance to offer something radically different to filmgoers that doesn’t have to adhere to a consistent formula.

Personally, I hope this comes to pass. DC has a plethora of Elseworlds stories that would be a blast to see. It could also be a banner that allows creative filmmakers like Edgar Wright or Guillermo del Toro to do things with DC characters without worrying about series continuity. Heck, Jordan Vogt-Roberts himself would be a fantastic pick for a project like this! This is also a timely concept. The political atmosphere of today would make this a controversial and compelling story.

We’ll keep our ears and eyes out on this. It’s too cool an idea to let go.