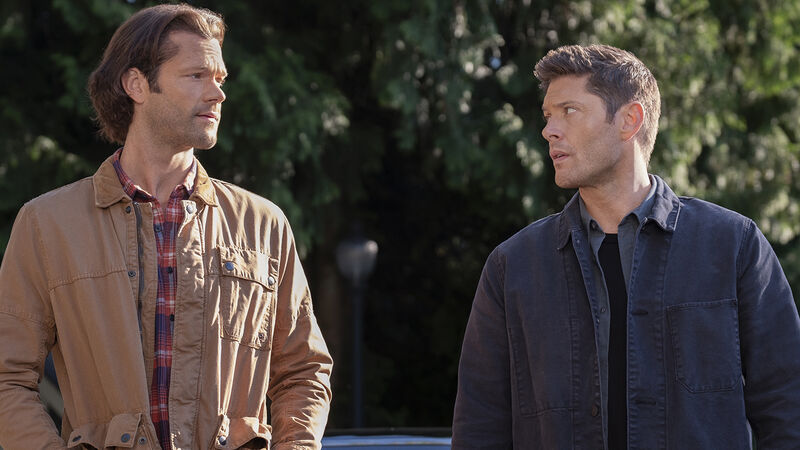 How ‘Supernatural’ Leaves Its Legacy to the Fans

“Dad’s on a hunting trip and he hasn’t been home in a few days.”

Thus begins Sam and Dean Winchester’s search for their missing father, and the main arc of Season 1 of Supernatural. John Winchester left his sons a legacy of monster hunting that Dean threw himself into with a passion, and that Sam tried his hardest to escape — both in efforts to cope with living in their father’s imposing shadow. Supernatural is a show with serious daddy issues.

That central father/sons conflict of the early seasons would evolve and play out in a plethora of different ways throughout the rest of the series, most notably in the angels’ relationships with God, and in Jack Kline’s relationships with his father, Lucifer, and his surrogate father, Castiel. But the most powerful evolution of the fraught family dynamic began when the show had amassed a real life family of its own, so to speak.

The devoted and fast-growing Supernatural fandom, or #SPNFamily, enabled and inspired the show to break its original formula in countless creative ways, and one of them was the incorporation of those very fans into the narrative itself. Like John Winchester brought his sons into his world, so Supernatural brought its fandom into the world of the show, and in so doing, reframed the very same conflict running through the series since Episode 1 — the tension between an imposing father and his sons.

Sam and Dean have a complicated relationship with their father, and they spend the span of the series grappling with the many ways in which they try to set themselves apart from him, yet often end up following in his footsteps. Or perhaps “tire tracks” is more apt, considering the fact that even the iconic 1967 black Chevy Impala, the vehicle that quite literally drives the plot, and which is canonically, at least according to God, “the most important object in pretty much the whole universe,” is handed down to Dean by his father. The Winchesters’ ambivalent father/sons relationship sets the stage for the conflicts and tensions of that relationship to play out on a cosmic, even metaphysical scale.

Castiel, who in time becomes an adoptive member of the Winchester brotherhood, first walks into the Winchesters’ lives in Season 4 as an angel in search of his own absent father — God. He struggles to understand God’s intended purpose for him, and why God seems to have left his creations to fend for themselves. But it is Sam and Dean who, later in Season 4, have a run-in with the troubled writer Chuck Shurley, whose Supernatural books have amassed a cult following while seeming to chronicle the Winchester brothers’ life story since the pilot episode. This is the first of many instances throughout the rest of the series where the Winchesters confront elements of their own fandom. In this case, they learn about Supernatural fans who proclaim themselves to be “Sam girls” or “Dean girls,” and even writers of slash fan fiction — all thriving communities within the real-world Supernatural fandom at the time.

As Mittensmorgul writes on Fandom’s Supernatural wiki, it’s ultimately “the foundation of everything that the end of the series is steering toward.” The episode is forebodingly titled, “The Monster at the End of This Book.”

From that point onward, as the show’s fandom grew into a pillar of pop culture, Supernatural took on a truly unique quality in the television landscape. The show’s writing was not only aware of and influenced by its fans, but those fans were represented in the canon on-screen space time and again. In Season 5’s “The Real Ghostbusters,” Sam and Dean are lured by Supernatural super fan Becky into attending a Supernatural fan convention, where they encounter all manner of fans, from cosplayers and LARPers to shippers and lore junkies, to merchandise vendors and analytical panelists with offerings like “Frightened Little Boy, the Secret Life of Dean” and “The Homoerotic Subtext of Supernatural.” Of course, Chuck is the convention’s special guest speaker.

In Season 6’s “The French Mistake,” widely regarded as one of the greatest Supernatural episodes of all time, Sam and Dean quite literally break the fourth wall by crashing through a breakaway window and landing on a stunt mat on the set of the television series Supernatural. They find themselves in an alternate reality where they are TV characters played by the actors Jared Padalecki and Jensen Ackles, and the person they mistake for Castiel is really Misha Collins, the actor who plays the angel on Supernatural. They are horrified to realize that their surrogate father figure Bobby Singer is just a character named after Supernatural’s real-life executive producer, Robert Singer. They get a behind-the-scenes look at their own fictional lives, at the success of their show and the impact it has had. And the next day, they return to their own world, and try never to look back.

But the Winchesters finally develop a more positive relationship with their fans and fandom in Season 10’s “Fan Fiction,” the show’s 200th episode. A case brings the brothers to an all-girls school where a theater student, Marie, is putting on a production inspired by her own take on Chuck’s Supernatural books. She transforms the Winchesters’ story of suffering into a musical, infused with her own storyteller’s passion, as well as elements from fandom such as shipping — in particular, Destiel, the pairing of Dean and Castiel, and the most popular ship in the real-world Supernatural fandom.

Much later, in Season 15’s “Despair,” the full transformative power of the fandom is finally felt when Castiel confesses his love for Dean with a grand declaration worthy of Marie’s dramatic vision. The moment is a remarkable acknowledgment by the screenwriters of all the fanfiction writers who have toiled for years over the same characters with just as much devotion, and it seems to say that the epic story of Supernatural has space for a chapter from the fans, after all. It is young Marie, a stand-in for every Supernatural fan with enough love for the story to write their own version, who paves the road to that eventuality.

While at first, Dean and Sam are predictably put-off by seeing their lives represented as entertainment yet again, once they come to understand how deeply Marie cares about their story, they are able to understand and appreciate her perspective. Dean even encourages her to keep writing, telling her, “I have my version and you have yours.” With that line, he was speaking directly to the fans, and they heard him loud and clear.

As JulMomof4boys writes, the 200th episode “was great because it gave a nod to all the people who love and live Supernatural outside the show.” As Dean and Sam take seats in the audience to watch the final act, and the cast sings “Carry On Wayward Son” (the unofficial anthem of the series), it seems Supernatural has finally found harmony with its fandom. Unbeknownst to the brothers, Chuck is also in the audience, watching with a smile.

Only at the end of Season 11 do we learn, along with the Winchesters, that the Supernatural author Chuck Shurley is God. And he hasn’t merely been chronicling their story — he has been writing it into existence. But like many writers, he’s struggling with the ending. It is the Winchesters’ eventual rebellion against their creator and the author of all their pain and suffering, as well as editorial criticism from Supernatural fan Becky, that pushes him to write a tragic ending to the story.

It only makes sense that God would be the big bad of the final season of Supernatural — the monster at the end of this story. He is the ultimate paternal figure, determining the Winchesters’ fate by his whims. And he is a writer who zealously upholds his canon storyline, an obvious stand-in for the show’s writers who really do determine how the story ends for Sam and Dean. But by writing themselves into the story as God and setting themselves in opposition to their characters, the Supernatural writers are presenting the show’s fandom with the opportunity to do something that they, in all their omnipotence, cannot. They have to end the story, one way or another. But the fans don’t.

“Carry On Wayward Son” has played over “The Road So Far” recap at the end of each season since Season 1. And the fans have embraced it as an anthem and a rallying cry. It’s no surprise that the series finale is titled “Carry On” in reference to the ubiquitous Kansas track. But the episode title is more than a musical reference. It’s a message to the fans. A rallying cry.

After 15 seasons, Supernatural has finally reached the end of the road. But as Chuck says in “Swan Song,” “Nothing ever really ends, does it?” Like a father’s wayward son, the #SPNFamily will carry on.

Miranda Phaal
FordPerfect42
Social Coordinator at FANDOM, and a geek of many trades