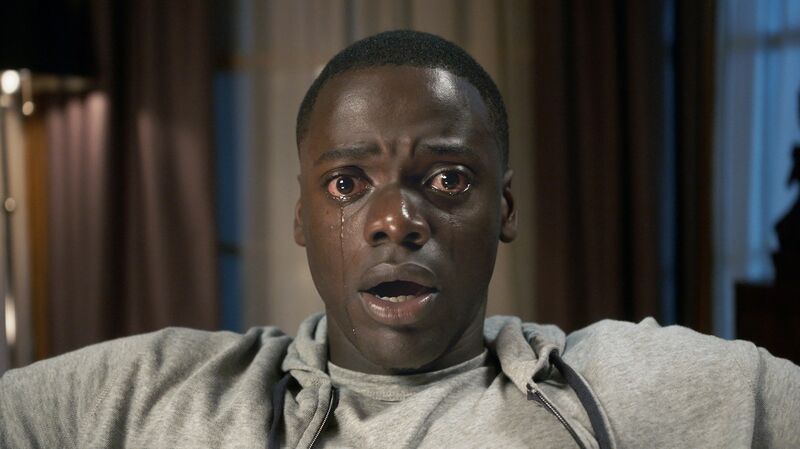 It’s been a terrific year for cinema, with no fewer than eight movies recording a perfect FANDOM score of five-out-of-five. So without further delay, here’s our 10 favourite films of 2017.

James Franco’s celluloid account of the making of cult classic The Room featured a star-studded cast, and was very probably the funniest film of the year.

What We Said At The Time: “It’s impossible not to fall in love with The Disaster Artist. It’s the Ed Wood of a new generation of film fans. It overflows with optimism and support for those who do whatever it takes to make their dreams come true. And it’s a beautiful, hilarious, and never phony examination of the kind of delightful weirdos that make movies.”

The new Star Wars movie divided critics and audiences alike, but we loved the direction in which Rian Johnson took the latest entry in the sci-fi saga.

What We Said at the Time: “It’s the best of the new wave of Star Wars films by far, encapsulating everything that’s great about Star Wars as a story: hope, friendship, rebellion, conflict, and sacrifice. Without feeling like the $200 million dollar fan films that we’ve recently gotten, Rian Johnson has given us a Star Wars film that actually is a genuine evolution of the series in style, narrative, and emotion.”

8. Beauty and the Beast

This live-action remake of the animated classic delighted children and adults alike at the start of the year, making more than $1 billion in the process.

What We Said at the Time: “Beauty and the Beast is strides ahead of its forerunner, which looks dated and insubstantial in comparison. It’s a sumptuous production that takes the best of other versions to make an adaptation that not only entertains but also speaks to today’s discerning audiences.”

The Stephen King classic got a 1980s makeover and Pennywise the Clown took on a bunch of new forms, but the story still chilled to the bone.

What We Said at the Time: “It is an all-timer. This is a film that has been given the A+ treatment and that shows in every frame. If this had been made in the 1980s, we’d be hailing it as a horror classic. The production, the performances, the visuals, the story, the horror, and everything else gels together into one of the best Stephen King movies ever made.”

Ridley Scott handed the Blade Runner reigns to Denis Villeneuve for this belated sequel, and the result was the most thought-provoking sci-fi film of the year.

What We Said at the Time: “It is a true sequel in tune with the mood, pacing, tone, contemplative nature, and stark visual splendor of the original. This is a genre film for grown-ups. It’s immaculately constructed, full of true wonder, and keeps you under its spell all the way to the very end. In some ways, Blade Runner 2049 even surpasses the original. I didn’t expect that at all, but I’m overjoyed that it’s true.”

5. War For the Planet of the Apes

What We Said at the Time: “Forget Star Wars and superheroes, this is the platinum standard for blockbuster filmmaking. It’s the best entry in the rebooted series and might be the best film in the entire saga. It’s a genuinely risky and powerfully adult tale told with the biggest canvas possible.”

4. The Shape of Water

This beautiful ‘fish-out-of-water’ tale from the mind of Guillermo Del Toro features a career-best performance by Sally Hawkins as a mute woman who falls in love with an aquatic creature.

What We Said at the Time: “It’s an unadulterated celebration of classical romance, monster movies (specifically Creature from the Black Lagoon), and the captivating sorcery of filmmaking. If you have any love of the moving power of cinema, you absolutely cannot miss this.”

Christopher Nolan’s dramatization of Allied troops becoming trapped on the beaches of Dunkirk during WWII was both harrowing and visually stunning.

What We Said at the Time: “Dunkirk is Christopher Nolan’s shortest film since his first feature and it’s arguably his best. Any longer and it would have been too much to take. An endurance of the best kind, the film starts tense and gets tenser, with Nolan working alongside Hans Zimmer to wind it up tighter and tighter before finally letting up when the credits roll.”

Not only did Baby Driver feature the best soundtrack of the year, but in terms of thrills and spills, it comfortably had the most exciting action sequences of 2017 thanks to those many amazing car chases.

What We Said at the Time: “It is everything you want from a night at the movies. Fast-paced story, heart-pounding action, swoonworthy romance, colorful characters, laughs, gasps, tears, and triumph. Baby Driver is this year’s Mad Max: Fury Road: a game-changer of unfettered style that will go on to inspire future filmmakers.”

What We Said at the Time: “Get Out is horror filmmaking at its absolutely finest. It’s a classy production that isn’t afraid of being weird or controversial. Everyone involved is at the top of their game, and the subject matter is something we haven’t really seen in a major motion picture like this.”