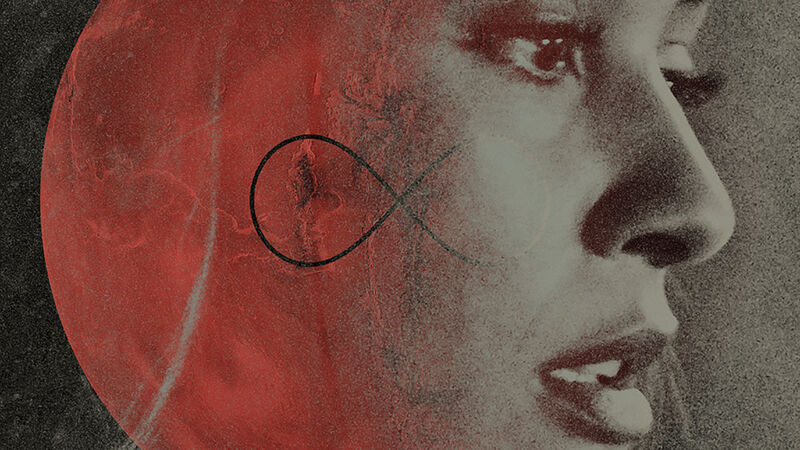 ‘The 100’: Lindsey Morgan on Making Her Directorial Debut

Lindsey Morgan has been a pivotal part of The 100 as Raven Reyes since the show’s first season, but as the series nears its conclusion this summer with Season 7, Morgan makes her directorial debut with this week’s new episode.

Morgan spoke to Fandom about moving behind the camera for the episode, called “The Queen’s Gambit,” how a bit of lucky timing helped make it happen, and more, including what it was like to have a new dynamic with her costars.

Regarding how long she’d been thinking about directing, Morgan said, “I probably had the itch to try, or was thinking about directing, probably after Season 4. And I asked to shadow, which means you kind of get to be a fly on the wall with the director of that episode and sit in with them for all of the prep meetings and be with them on set and kind of get to watch their process and learn and absorb and they mentor you. So, I asked to do that in Season 5 and then I did it again in Season 6.”

Meanwhile, Morgan revealed, “I went to apply for the Warner Bros. directing program and they teach you how to direct for TV. It’s actually quite awesome. So I was applying for it, to do it, because I wanted to direct in the last season. But then I ended up shooting a movie in Lithuania, true story, so it didn’t happen. So I was kinda bummed, because with Season 7, I was like, ‘Okay, I think I missed my shot, missed my chance. We’re ending! But I’ll shadow again this year and just try to learn as much as I can.’ But then, three weeks before this episode was supposed to happen, the previous director dropped out. So I called Jason [Rothenberg] and I was like, ‘Uh, can I do it please?!’ And they made it happen! I’d never directed anything before but they believed in me and supported me 110% and we made it happen. It was crazy because I think I was in El Paso, in Texas, at my grandmother’s funeral when I got the call that I was approved. And I had to fly back and do everything.”

Asked if she had to deal with any curveballs while filming, Morgan replied, with a laugh, “It’s The 100!” and that she had, “100 curveballs, minimum.”

More seriously, Morgan remarked, “I will say, the show’s different every season, which is kind of awesome in a creative sense, and a creative challenge. But also, what took a lot of time to tend to was the creation of this new season, the creation of the new planet Bardo. The creation of new characters, where they come, their backstory, their society. We’re introducing all of that while still maintaining this new society on Sanctum that’s in utter shambles.”

She added, “I would say the lore of The 100 is always the most time-sensitive and delicate because you can’t get it wrong. It’s a world; you can’t mess up the world. So that [offered] curveballs, and also any time you’re on set there are curveballs. And that can be just how much time you have. The moment you walk on set you’re on the clock and you’ve gotta get out of there at a certain time or you’re gonna cost the production a lot of money. You know, it’s always a very intricate dance of giving time to scenes and acting and lighting and adjustments and digging into them as much as you can, and then having to get out of it and having to wrap it up because you have move on. And making those decisions of when, you know, you try to stick to a schedule but it always changes. Some things just take longer. It could be costumes, it could be makeup, it could be lighting. It could be new lines or actors aren’t feeling well. You never know. You always have to constantly adjust, and that was my biggest lesson, was learning to adapt on the fly.”

A big part of the episode involves a game of chess played by Sheidheda (JR Bourne) and Murphy (Richard Harmon) which includes a lot of specifics about the game being played, which The 100 team wanted to get right. While Morgan knows how to play chess, she revealed, “We also had a chess expert on set. So every time you do see the chessboard it is actually a real game and Richard does make the move that’s called the Queen’s Gambit, which is what the episode is titled after. So that was all true.”

Some of her costars, like Harmon, she’s been working with for years, and Morgan said when it came to directing them, “It was interesting because it was like I got to see everyone in a new light and that was really cool. I always appreciated and always been very impressed by every actor in our cast when we’re in scenes together. But, you know, it’s kind of like you’re not doing a good job acting yourself when you’re noticing the other actors doing really good acting. If you’re in the scene and you’re thinking, ‘Wow, they’re really killing this scene,’ you’re not in the scene, you know what I’m saying? So I never got that chance to admire their acting unless, of course, I was watching it. But that was the coolest thing about directing.”

“Richard and JR are one of my favorite scenes and pairings in this episode to work with,” Morgan noted. “It was like I got to be in a Ferrari and I got to play with all the gears. And suddenly I got to push them and provoke them or bring them back or make them go faster or harder and it was fascinating to really see how talented they were and collaborate with them. That was really rewarding that I got to help them, or hopefully inspire them, for them to make adjustments or change or get to a new level. So that was really cool. I told JR at one point to play with his food, and he loved that!”

Lindsey Morgan’s directorial debut on The 100 airs Wednesday, July 1 at 8pm PT/CT on the CW. Once you’ve seen the episode, check out the link below for info on a big reveal from it! (Spoiler Warning!)