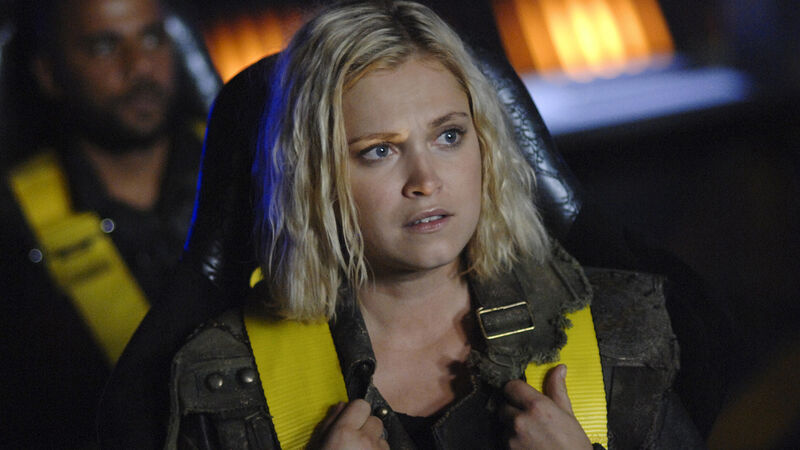 The 100 returns for Season 6 Tuesday night on The CW, but things are very different for the sci-fi series this time out. After following the last remnants of humanity on Earth for the first five years, the show has taken their dwindling number off that planet completely, sending them 125 years further into the future – following a cryogenic slumber – and to another world they’d discovered humans had traveled to long ago.

On the heels of The 100‘s recent renewal for Season 7, Executive Producer/Showrunner Jason Rothenberg spoke to Fandom about the approach to Season 6, introducing the show’s new setting, new threats, and how the characters are affected by both their past and present.

Rothenberg noted that typically on the series, “Creatively, we try to do a little bit of a soft reboot every season in terms of the new alpha [threat],” but that for Season 6, “I really wanted to change things up and almost tell a new story with the characters that we have come to know and love.”

This involves moving the series to a brand new world, after the first five years were set on Earth. And while The 100 is still filmed in Vancouver, when it came to the visual approach, “We’ve changed everything. The way we shoot it is different, the way we color time is different. So creatively it’s freed us up in a lot of ways. It certainly keeps it exciting.”

Recently on Fandom’s The 100 Community, The 100 fan Sannnaya noted that in Season 6, with the introduction of this new world, they were “looking forward [to] if they have new species, plants, etc. Just new concepts. I don’t want it to be just like earth because then that would be lost potential!”

It sounds like Sannnaya has little to worry about, as Rothenberg described Season 6 as taking place on “A lush world. There’s a lot of red. Certainly, during the eclipse, when the red is dominant, that colors everything in an ominous way. That was part of it too. In Season 5, we were in this post-apocalyptic, almost lifeless world, except for Eden, and I really just wanted to bring things alive with some color. There are tons of other visual changes too. There’s an editorial style that’s a little different. We start on a lot of close-ups this season, really tight close-ups, before banging out to wider stuff to show the scope.”

On the technical side, Rothenberg said, with a laugh, “I’m not sure, having now gone through it, that it was the most sane decision, because we really were repiloting in many ways. But we didn’t have the luxury of time that you have on a pilot which is you write it for three months, four months and then you shoot it for a month and you have 17 days of production and millions more dollars than you normally get. We did this on a normal [season] schedule, which is hard enough going into any other season but we had to really reinvent everything on the fly. It was crazy to try. But I feel like we did it.”

With The 100 just renewed, Rothenberg remarked, “Getting picked up for Season 7 was on the one hand totally ecstatic, and I’m beyond excited. It’s beyond my wildest dreams. On the other hand, it’s like you just finished a marathon and another one is about to begin!”

When it came to introducing new threats and conflicts, Rothenberg acknowledged, “It’s tricky, when you’re making a show like this for as long as we’ve been making it, to not repeat yourself. There are deliberate echoes of Season 1 this season. Season 1 was young people touching down in a world they knew nothing about, dealing with figuring out how to survive. On one level, you could say that exact same thing about Season 6. It’s a group of young people touching down on a world they know nothing about, trying to figure out how to survive again. Except obviously now these young people, in some ways anyway, they are the danger. They are the genocidal bunch landing. They’re not the naive ‘whatever the hell we want’ teenagers they were in the pilot. The threats and mysteries of the world are totally different as well.

Rothenberg added, “One of the things that make it totally different is we are now dealing with a place that has its own unique ecosystem and its own unique threats that don’t exist on Earth. And there’s a group of people who we meet eventually that is very different from anything we’ve encountered before. It doesn’t mean they’re worse than anything we’ve encountered before. They’re just different. They’re peaceful, really. Again, the risk is here come the leather clad, blood-soaked heroes that we love into this world of non-violence and yet we need these people to teach us how to survive and if they don’t, we’re gonna die. And will they [teach us], and knowing what we are and what we’ve done, will they let us stay? There are very different questions being asked in the competition between these two groups.”

While there are purposeful nods to the past, Rothenberg stressed that overall, Season 6 is “Very, very different. The thing that’s the craziest right now to me is knowing what’s coming for the audience and what people expect having seen the trailers. The main story of the season, the big thing that’s going to blow people’s minds, hasn’t even been touched on. The tip of the iceberg isn’t even on the field yet.”

Characters like Clarke (Eliza Taylor) and Octavia (Marie Avgeropoulos) eventually came to be seen as leaders as The 100 continued – though both also eventually caused many to turn against them thanks to their actions.

Said Rothenberg, “We’re always playing with the ramifications of the past infractions that have been perpetrated between our characters. Everyone’s mad at Clarke for what she did last season. Lots of people are still pissed at Octavia for the reign of the Red Queen. “

This new world already seems to have a hierarchy in place, and Rothenberg explained that Russell (J.R. Bourne), “Is the leader of the people they encounter. And he will recognize in Clarke her innate leadership qualities which will rub some of our heroes wrong because they’re coming off of a season where she chose the wrong side in their mind. She was willing to do anything to keep Madi safe, including leaving Bellamy and others to die in the fighting pits and making a deal with McCreary and healing his army. All of the things she did in the name of keeping her child alive and safe kind of rebounded negatively toward the rest of them. And yet here there is a — redemption is not the right word because I don’t think she needed it — but there is a forgiveness that is supposed to happen before they can accept her again as their leader. So there is a little friction when he assumes she’s their leader.”

As for Octavia, Rothenberg described her as “A bit of a mess. She wanted to die at the end of Season 5, in the gorge in episode twelve. She was ready to sacrifice her life for Bellamy and Indra and Gaia and that was kind of smashed away from her. You know the Lieutenant Dan character in Forrest Gump, screaming at God for not letting him die in the war? There’s a little bit of that happening with Octavia. She doesn’t know where to aim all her pent-up aggression. She’s got to look at herself and she hasn’t yet and she will hopefully eventually do that. In the trailer we see Bloodreina fighting Octavia and that’s something we’re getting toward. The mechanism that allows that to happen I won’t talk about, but she needs to quite literally confront her demons before she can transcend and hopefully come out better on the other side.”

The 100 has a deep bench of characters at this point, and Rothenberg explained, “We always like playing with weird pairings you won’t expect but that once they happen people will love. You think of things like Jaha and Murphy in Season 2. I don’t think people expected that duo to be quite as important or entertaining as it was.”

Unlike in previous seasons, when Season 6 begins, all of the returning characters are in one place together and Rothenberg said that leads to a few interesting pairings, along with, “Lots of internal conflict. Having them all in the same place is really useful in terms of working through all that stuff that they have to work through with the things we were talking about before. I am very excited for people to get to know more about Jordan Green, Monty and Harper’s son. Shannon Kook’s character is awesome. He’s really great. There’s a weird, just off centeredness to his performance, because frankly he’s never interacted with human beings before other than his mother and father so everything is weird to him and new and exciting. Uncle Murphy becomes an interesting dynamic that I think people will like. He wants to corrupt him, in a good way.”

Planting Seeds – Even After the Fact

Over the years, the mythology of The 100 has grown, as we learned more about the world before the nukes fell on Earth, who was behind it, and others who survived it.

Said Rothenberg, “One of the things that we always try to do is plant some seeds where the next big story is going to come from and bear fruit down the line, though I think we’ve been better some seasons than others at doing that. Sometimes, when I’m not quite sure what the next story is as we’re developing the current season, I’ve been reverse engineering.”

Rothenberg explained that The 100 typically debuting midseason on the CW had been a benefit for the series in this regard, because “Usually we’re done filming everything before we air a frame, and I know by the time we’re done filming what the next story is. Then I can go to earlier episodes and drop in clues. For example, in Season 4, I didn’t know the prison ship was going to come down until fairly late in the game. And once we came up with that twist, I went back to the premiere and, using visual effects, put it on Raven’s computer monitor – if you look at some of those shots on the monitor there is an article about Eligius IV, the prison ship. Then I went back to episode five, I think, of that season, when Raven was floating, having the hallucination, and Jackson and Abby are in the lab having a conversation off-camera. I totally rewrote that conversation. It’s all ADR dialogue, to have their conversation be about Eligius. Those were seeds that were planted while the tree was growing. Again, those are luxuries of being midseason.”