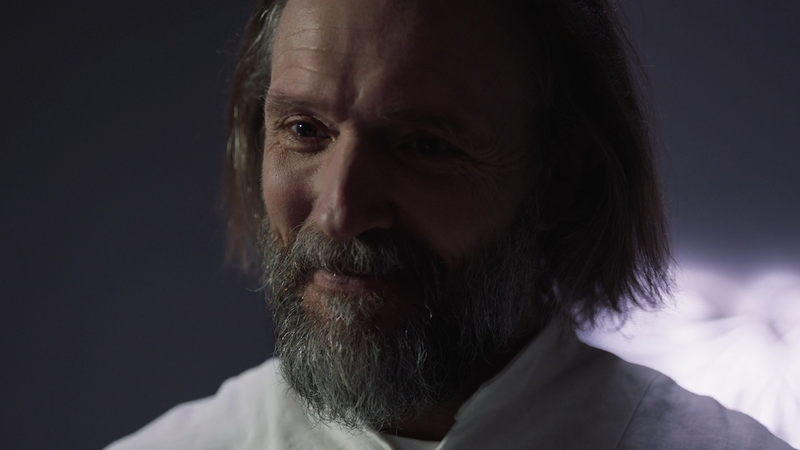 ‘The 100’s Bill Cadogan: A Character Payoff Years in the Making

The 100 had a big reveal at the end of this week’s episode – one that was among the longest payoffs in the show’s history. At the end of the episode, “The Queen’s Gambit,” Anders (Neal McDonough) opened a cryogenic chamber, awakening the man inside, as Bill Cadogan appeared on the series in the flesh and blood for the first time.

Cadogan’s appearance will have some fans yelling, “I knew it!” while others likely will ask, “Wait… who is that guy?” Those two very different responses make sense though, considering Cadogan has been a figure seeded through the show’s history across four seasons, but one seemingly peripheral enough for some to overlook his importance, even while others were tracking his every mention.

Cadogan’s introduction to The 100’s lore goes back to the Season 4 episode “The Four Horseman,” when Jaha suggested a way to save everyone from the impending Death Wave that would soon cover the Earth was a bunker built by a doomsday cult called the Second Dawn before Praimfaya, the first nuclear apocalypse that occurred a century before the events of the series began. Jaha shows Clarke and Bellamy a video of the Second Dawn’s leader – Bill Cadogan, played by John Pyper-Ferguson (Suits, Caprica). During his brief appearance, Cadogan is shown warning “the end is coming” to a packed audience, two weeks before the nuclear apocalypse, and saying, “Join me, join us, and together, when the Horsemen come, from the ashes, we will rise.”

While the first bunker Jaha finds turns out to be an uninhabitable decoy meant to dupe lower level Second Dawn members (and filled with their remains), the true Second Dawn bunker is later found directly underneath Polis in the episode “God Complex” and indeed saves the lives — at least initially — of 1,200 people at the end of Season 4. In the midst of this, it’s worth noting that Cadogan’s “From the ashes, we will rise” motto was important enough to be the tagline for The 100 Season 4, and we would see a flag with that message inside the bunker and upon coins used by the Second Dawn.

Of course, on top of that, the Grounders prayer (translated from Trigedasleng) had previously been established as “Old life and new. From the Earth, we will grow. From the ashes, we will rise,” implying Cadogan influenced them as well. This was all a pretty notable impact for a guy who made one brief video appearance…

What also stuck out about the true Second Dawn bunker though was it was totally empty when first discovered by Jaha, Kane, Monty, Indra and Gaia, with no answer provided as to why. Speaking to Fandom about the Cadogan reveal, The 100‘s Executive Producer and Showrunner, Jason Rothenberg, said that going into Season 7, the show’s final year, “One of the big things I wanted to accomplish was fill in some of the blanks. One of those blanks was why was that Second Dawn bunker empty when our heroes opened it in Season 4? Theoretically, it should have been filled with whoever was part of the Second Dawn cult. Either their bodies or it should have been another Mount Weather, where people had been hermetically sealed for generation after generation. But it was totally empty. And the mystery of that was something that meant we were going to deal with the Second Dawn cult.”

A year after the bunker was introduced, Season 5’s “The Warriors Will” gave us some more info about Cadogan – specifically that he was apparently responsible for the death of Becca Franco. Madi, having nightmares involving previous Grounder Commanders, yells, “Cadogan, please, you’re making a mistake! I can save you!” as we see images of Becca being burnt at the stake by people in hazmat suits.

In Season 7, the Second Dawn once again became significant on the frozen burial planet of Nakara, when their symbol was discovered by Miller and Niylah, who both lived in the bunker for six years following the Death Wave and were baffled how that symbol came to be on this far off planet. In the meantime, Season 7 introduced the Disciples on the planet Bardo, led by Anders, who were the ones sending their dead to Nakara – a group who were known to worship someone they called “The Shepherd.” Most notably, Orlando was heard to say, “From the ashes, through the bridge, the shepherd will rise,” a twist on the same “from the ashes” phrase that Cadogan himself had introduced.

It all came together in “The Queen’s Gambit,” as Anders awakens a cryogenically frozen Bill Cadogan (once more played by Pyper-Ferguson), while referring to him as “My shepherd.”

Said Rothenberg, “It was always going to be an interesting reveal. Here’s this weird, older gentlemen in a sarcophagus, being woken. The Shepherd was a real person, not just a spiritual diety. The Shepherd is alive and in a f**king cryopod! But the fact that it’s Cadogan I think is a bigger holy s**t than some guy in a coffin.” And yes, Rothenberg confirms, “The descendants of the Second Dawn cult are the people on Bardo.”

Still, Rothenberg admits, “I was a little bit worried that people wouldn’t remember who Cadogan was,” and had the character’s name added to the side of the cryopod in post-production for those who might not recognize him.

Rothenberg notes they’d “been sort of seeding the reveal” in the lead-up, including matching the Second Dawn’s philosophy to the people of Bardo, such as the use of numbered levels for how far you’d progressed with them – “only those who reached level 12 could achieve salvation,” Jaha had said in Season 4. Still, even while thinking about those who wouldn’t easily remember Cadogan, Rothenberg took note of “Hardcore fans I’ve seen online who have guessed it,” regarding the character’s planned return, laughing that it was either “because of how incredible they are as fans or maybe how transparent we are as writers! I don’t know.”

What was notable with Cadogan’s Season 4 set up was the decision to show him at all in that video, given he could have simply been mentioned. Rothenberg revealed they had always cast Pyper-Ferguson with the intention to use him again, explaining, “Back then, we definitely wanted to use him more. There was an intention to tell that story more fully. I remember promising him back then that there would be more than just that one episode.”

Rothenberg said originally, as Season 4 progressed, “It was entirely possible when we opened that bunker we would have discovered the descendants, at least, of [the Second Dawn]” and that cryogenics could have come into play then as well to bring Cadogan himself back. Instead, “The story took a different turn and it did take all these years to get back to it.”

When they decided it was time to finally have Cadogan show up in Season 7, “Fortunately, John Pyper Ferguson was available and persuadable, so he came on board.” Rothenberg added that while it took far longer than expected, “I did make good on my promise because he’s definitely a big part of the story going forward.”

Beyond the “present day” story, Cadogan will also be seen on next week’s flashback episode of The 100, which is the set-up for a potential prequel/spinoff series. As Rothenberg explained, “He and his family, and the original people who went below ground to survive the apocalypse, back in 2052, are the jumping off point for the prequel. His daughter and son, Callie and Reese, are sort of the Cain and Abel of the prequel.”

It took four seasons, but Cadogan is here. Now the question is how he’ll figure into the endgame for The 100…