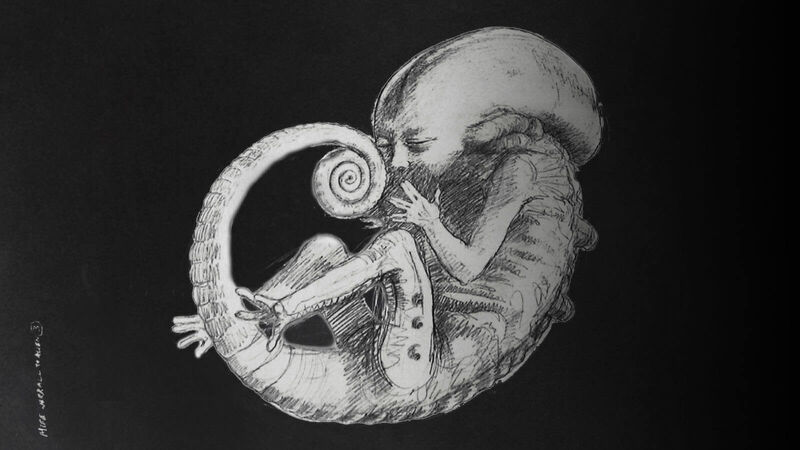 Alien 3 is possibly the most controversial entry in the Alien series. After the resounding success of James Cameron’s Aliens, the third entry in the enormously popular franchise had a nigh impossible feat to achieve: be as good as or even better than two films that were universally beloved. Although Alien 3 does have its supporters, it’s fair to say that the film we got was met with confusion and frustration upon release. But, what would have happened if the original plan for Alien 3 had made its way to the big screen?

As with all movies, there were many ideas for Alien 3 that never made it past the conceptual stage. Most of these early pitches followed the further adventures of Ellen Ripley, Corporal Hicks, and Newt as a sort of makeshift family unit. Ultimately, a decision was made to have the third film — at this point considered to be the final entry of a trilogy — focus solely on Ripley and her battle with a single alien, hearkening back to the original film. How would the producers do this while crafting something radically different from the previous entries?

Enter Vincent Ward. The New Zealand director (who would go on to direct the Robin Williams fantasy/drama What Dreams May Come) was brought onto the project after producer Walter Hill saw Ward’s The Navigator: A Medieval Odyssey. Ward was initially opposed to doing a sequel, but his appreciation for how different Alien and Aliens were as films eventually drew him into the idea. In order to differentiate his story from the previous two, Ward proposed a concept that was unlike anything yet seen in the Alien universe.

The setting was an archaic wooden planet inhabited by an ancient monastery. This Luddite-like religious sect renounced all modern technology and cultivated an entire society through primitive modes of survival. Their planet — which you can see in some of Ward’s concept art below — was built around an unused orbital satellite which provided them with an engineering core capable of producing air and gravity. The rest of the planet was fashioned with wood and glass in an attempt to replicate the architecture of the distant past. Wheat fields covered the surface of the planet and a giant cathedral served as the planet’s centerpiece.

At the start of the film, a lonely monk sits in a field and witnesses a shooting star, believing this to be a good omen from God. It’s discovered that the star is actually Ripley’s escape pod from the last movie. It lands in a lake and the monks go to investigate, only to discover the mutilated bodies of Hicks and Newt. Ripley has survived but unbeknownst to all, she is now harboring an alien Queen inside of her. The head of the monastery, the Abbot, believes that Ripley’s presence is a test from God; the monastery has never had an outsider in their midst, and their last contact with a woman was a decade ago. They throw her into a dungeon toward the bottom of the planet, hoping to rid themselves of the temptation she represents.

Meanwhile, it turns out that an alien did make its way onto Ripley’s escape pod and is now prowling the dimly lit halls of the monastery. As this monster begins to kill some of the monks, the congregation believe that it is the Devil himself come to punish them. Eventually, the alien is defeated but Ripley is still left with the Queen gestating inside of her. Two versions of the ending were written for this plot point. One involved Ripley walking into a flaming field of wheat in order to kill both herself and the Queen inside of her. The other featured one of the monks named John — who Ripley had developed a friendship and possible attraction to — discovering that the alien showed up in old books about mythology, and that an “exorcism” was capable of extracting the beast without killing the host. John performs this ritual on Ripley but the embryonic alien immediately jumps into John’s body. It is then John who walks into the fire and sacrifices himself to end the species.

This was the version that was given the greenlight by Fox and began pre-production. At some point early in the process, the producers lost faith in the (admittedly outrageous) concept and Ward was eventually fired due to his refusal to make the enormous changes the studio asked for. With set construction already underway, the producers had to cobble together a script from various previous drafts in order to make the finished film. There are remnants of Ward’s idea in Alien 3; the fact that the prisoners of Fiorina 161 have all found some kind of Judeo-Christian religion and Ripley’s impregnation both call back to Ward’s tale. It’s the uniqueness of the world and its decidedly antiquated society that made Ward’s vision so arresting and enthralling.

There were other weird elements of Ward’s film that would have made his Alien 3 stand out from Ridley Scott’s original film and James Cameron’s sequel. Ward wanted his alien to be more feminine in nature, reflecting the sexual temptations of the monks. Alien designer H.R. Giger was brought on to redesign the alien and produced a more spindly and lithe creature. Ward also wanted the alien Queen inside of Ripley to affect Ripley’s dreams, giving her bizarre visions that would eventually clue Ripley into knowing that she was infected with the alien organism. These dream sequences alone would have been the most surreal images ever put into an Alien film.

Unfortunately, Ward’s take was deemed too unconventional and was scrapped for the more accessible prison planet in the finished film. Alien 3 began production without a finished script and with a first-time director, David Fincher, at the helm. The experience was so grueling and miserable that Fincher has disowned the film and refuses to talk about it.

Though Alien 3 remains a contested entry in the Alien series, it’s clear that the original idea of the movie was an even grander departure from what had come before. Would such an idea had been met with the same disdain as the theatrical version of Alien 3 was? We’ll never know. In another world, we’re all debating the merits and faults of the incredibly risky but undeniably strange Alien 3, written and directed by Vincent Ward.