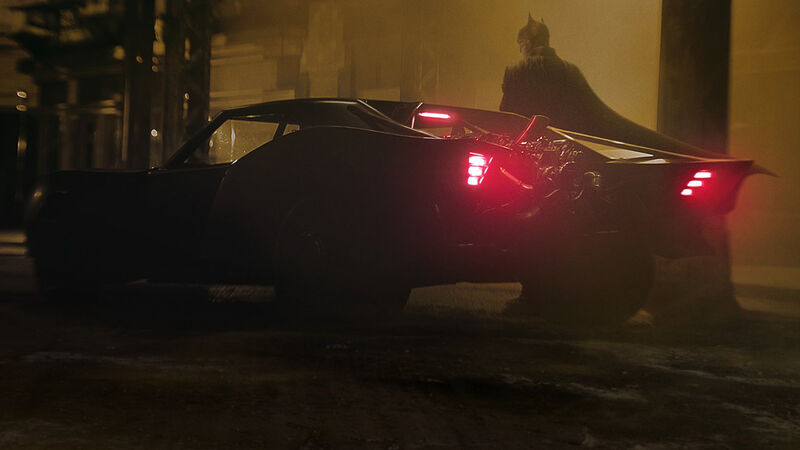 In Tim Drake‘s first appearance during DC Comics’ “A Lonely Place of Dying” storyline, his argument to convince Bruce Wayne to train him was “Batman needs a Robin.” And in some cases, this is true. There are certainly times when the Dark Knight needs help from others in his battles against Gotham City‘s underworld.

However, it’s not always Robin supporting him. Sometimes it’s Batgirl, or Nightwing, and, of course, Alfred. Throughout the years, Batman has had a diverse group of allies, but one thing has been consistent throughout, and that’s the Batmobile. Regardless of the time, Batman has always gotten around the streets of Gotham in a specially designed car. Well, sometimes it’s a tank, but let’s not split hairs.

In the upcoming Matt Reeves-directed The Batman, Robert Pattinson is no exception. Reeves took to Twitter this past Wednesday and posted a first look at the Caped Crusader’s new ride.

What makes this version of the Batmobile exceptional is it doesn’t look like any Batmobile we’ve seen in live-action before, and with Pattinson (or a stuntman) standing next to it, we can get more of an idea of the vibe the film is going for even before we see one trailer. And while this is a “new” Batmobile, fans can see it also honors the Batmobiles of the past.

Let’s take a look through the years to see what got us to this point.

Pattinson’s Batmobile is on a much smaller scale than his two immediate predecessors, Christian Bale in The Dark Knight Trilogy and Ben Affleck in Batman v. Superman and Justice League. Bale’s vehicle, AKA the Tumbler, was even a repurposed army vehicle. While the visual was incredible, it was sometimes hard to determine where things started and ended. The new version looks like an actual car. With its Batfins in the back, it somewhat evokes the classic 1966 Batmobile driven by Adam West, though it is smaller.

In June 1987, when Jason Todd was introduced in Batman #408 (for the second time. It was weird), he was caught stealing the tires off the Batmobile, which almost looked like an elongated hatchback with a Bat decal. Meanwhile, in Batman movies, even when a live-action Batmobile looked more carlike than tanklike, the car seemed way too long to easily maneuver. The new Batmobile is similar to this 1987 comic version in that it looks like it can actually take a quick turn without needing a grappling hook or the need to destroy the corner of a building.

Unsurprisingly, the Batmobile is black (It looks like Reeves didn’t take inspiration from the many DLC options from Batman: Arkham Knight). While almost all the Batmobiles are this color — we may have to ask Joel Schumacher if “blacklight” counts as a color — the shine of Pattinson’s car is very reminiscent to the car Michael Keaton drove in the Tim Burton classic Batman film and its sequel, Batman Returns. For a lot of fans, Keaton’s Batmobile is the definitive version, so taking a page out of that book is the right call.

When it comes to armor plating, nothing can touch the tumbler from Christopher Nolan’s trilogy. It wins. Pattinson’s car doesn’t look like it’s running away from any games of chicken any time soon though. While it’s not an exact match, the aesthetic of the hood and front of the car,  plus the way the plating and grill are intermixed, reminds us of the vehicle Kevin Conroy’s Batman drove in Batman: The Animated Series. The lighting Reeves uses in the pictures gives us the same vibes as when we watched the animated Batmobile drive through the dark alleys of Gotham City.

The Afterburner:
All of them

Unless you fancy the “Batmobile” from the 1949 Batman and Robin serial (it was Bruce Wayne’s convertible with the top up. No Joke. Vicki Vale even called Batman out on it during the story), your favorite live-action Batmobile so far has had an afterburner. Robert Pattinson’s incarnation of the Dark Knight continues the trend, ensuring he can always get that extra boost of speed when needed.

The Batmobile has been and always will be an essential part of the Batman mythos. Matt Reeves understands this, and it doesn’t look like we won’t be disappointed when that engine roars onscreen for the first time next year. As The Batman costar Jeffrey Wright (“Jim Gordon”) put it on Twitter, “Wait ‘til you hear it.”