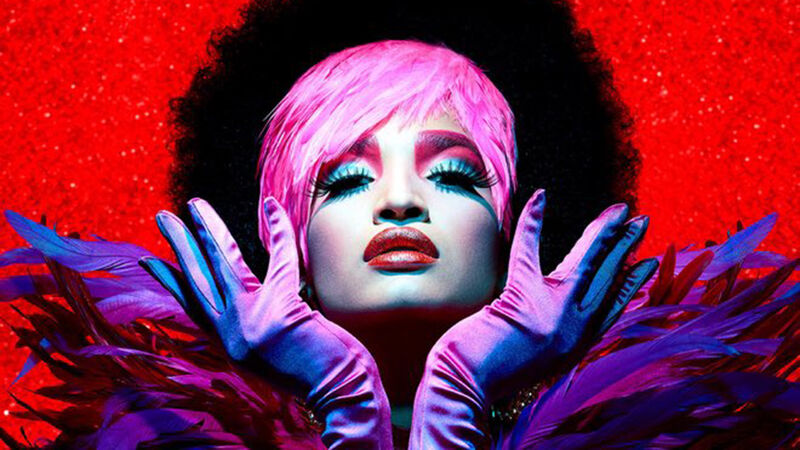 It’s been a great six months for the small screen. Especially when it comes to brand new shows. Here is FANDOM’s pick of the best new shows to grace our televisions, tablets, laptops and mobiles so far in 2018.

Save Me — Kim Taylor-Foster (Entertainment Editor)

The actor responsible for playing one of The Walking Dead’s favourite – and most badass – characters, Lennie James had ambitions that demanded an outlet. Keen to write his own homegrown series, the British talent created Save Me, a series set in Lewisham, the London borough in which he grew up. Taking some gritty subject matter, in Save Me, James explores a story in which a philandering ne’er-do-well father estranged from his 13-year-old daughter, Jody, reconnects with his past when she goes missing. As the mystery unfolds, it becomes apparent Jody has been lured into the clutches of an internet predator. Could she have been snatched by sex traffickers? As he takes it upon himself to investigate, Nelly uncovers some murky goings on right under his nose.

This harrowing tale is vividly, powerfully and terrifyingly realistically brought to the screen via complex characters and a chilling plot. It not only poses uncomfortable questions throughout, but its riveting finale also laudably refuses to bring closure. On top of that, it comes laden with brilliant performances, including a phenomenal low-key turn from Stephen Graham. Save Me is also responsible for making Nelly’s omnipresent yellow padded jacket one of the most memorable items of clothing seen on British screens all year. And yes, I do mean all the way to December. A second season is on its way, and I can’t wait.

The Terror wasn’t the kind of horror show a lot of people expected. After years of popular horror being dominated by knowingly gaudy fare like American Horror Story or formulaic jump-scare flicks like The Conjuring films, The Terror took an incredible solemn and dispassionate approach to being creepy. And, lordy, is it ever creepy. Though it’s a story with a monster, the real terror often comes from the disintegration of the sailors sent to find a viable trade passage through the Arctic waters. Watching them devolve and decay is a stark reminder of how easily men can become beasts. The Terror is slow, moody, and ultimately leaves you as cold as the frozen tundra that ends up the burial ground for most of the characters.

This year, The CW added to its roster of superhero shows with the debut of Black Lightning. Featuring a diverse range of characters, Black Lightning focuses as much on the social issues affecting the show’s black community as it does on superheroics.

Black Lightning also gives us something we haven’t seen in a superhero show. Namely, maturity. Jefferson Pierce is a retired superhero with a family who is called back into action. He’s not a playboy billionaire, a scientist, an alien or an assassin — he’s just a man trying to do the best for his family and community.

At the moment, Black Lightning is not officially part of the Arrowverse — and that has been both a help and hindrance to its first season. Without the baggage of its sister shows, Black Lightning established its own identity fairly early on. However, there is always the feeling that the show can be part of something bigger than it is. Let’s face it, though, it’s only a matter of time before Jefferson Pierce jumps into some epic crossover action with Green Arrow, Flash, Supergirl, White Canary and their respective teams.

If you regularly quote RuPaul’s Drag Race, you’re probably repeating phrases that were actually first born during the era that Pose is highlighting. That rich history is just one of many reasons to watch Ryan Murphy’s new FX series. The fact that the cast is primarily made up of trans women of color is another. The series is set amid the ’80s New York ball scene, featuring LGBTQ outcasts who form their own families and compete within their community on the dance floor. The actors are amazing and the storylines, which tackle issues like AIDS, transphobia, and of course, the magical underground ball scene, have fans giving the show 10s across the board.

The best thing about this show is that it is not a typical Star Trek TV show. And that’s not to disrespect Star Trek at all — it’s just that Discovery is refreshingly different, and (phasers-to-)stunningly unexpected. In fact, Discovery is a  thriller, with Season 1 twisting and turning over 15 high-octane episodes. It comes complete with some explosive action set pieces and a focus on engaging characters, brought to life by some superb acting — all in a sci-fi setting. With characters that just happen to be wearing Starfleet uniforms.

In a world where, in so many shows, you can see plot developments coming from light years away, this series has surprised me more than any other since Lost. Unlike Lost, however, this show actually gives you answers quickly; the answers usually being so out of leftfield that they provide yet another shock plot twist. A mature show that treats the Star Trek universe and the audience with the respect it deserves.

Krypton, SyFy’s Superman prequel, absolutely knocked its first season out of the park. The show plays fast and loose with genre, mixing family clans like Game of Thrones, with the comic book and sci-fi storylines you would expect from Supergirl or Legends of Tomorrow. The cast is made up of young stars and seasoned actors, like newcomer Cameron Cuffe and Arrowverse alumnus Colin Salmon. The cliffhanger at the end of the Season 1 made me even more excited for Season 2 — someone even said “Kneel Before Zod” in the finale! Don’t sleep on this show.

Reimagining a cult classic television series is a difficult prospect. It has to walk the line between appealing to the existing fanbase but at the same time enthrall a new generation of viewers. Netflix takes the core of what Lost In Space is and gives it a modern retelling.

At its heart, Lost In Space is a show about family. If the original Lost In Space showed the idyllic version of the 1960s family, the reimagined version gives us the reality of today’s modern family. The same characters are present, but they’re definitely not the same people we know and love. In this respect, Lost In Space could be described as the new Battlestar Galactica. The core concept is the same, but the show quickly establishes that this is a whole different universe.

After delivering a strong first season, Lost In Space looks set to explore the deeper mysteries that the show has set up as it progresses, while at the same time keeping the core dynamic of the Robinson family at the centre of the show.

Making a dark comedy that’s also grounded with well-rounded characters is a tough job. Thankfully, Barry knocks this out of the park with a debut season that’s equal parts shocking, ridiculous, disturbing, and heartwarming. The loony concept of a hitman who wants to quit killing people to become an actor is immediately fascinating, and Bill Hader’s fantastic performance takes what could be a lark of an idea and makes it distressingly human. And where the show ends up after its finale sets things up for even crazier shenanigans. If Barry can maintain the strength it showed in its first season, this series could become an all-time great.