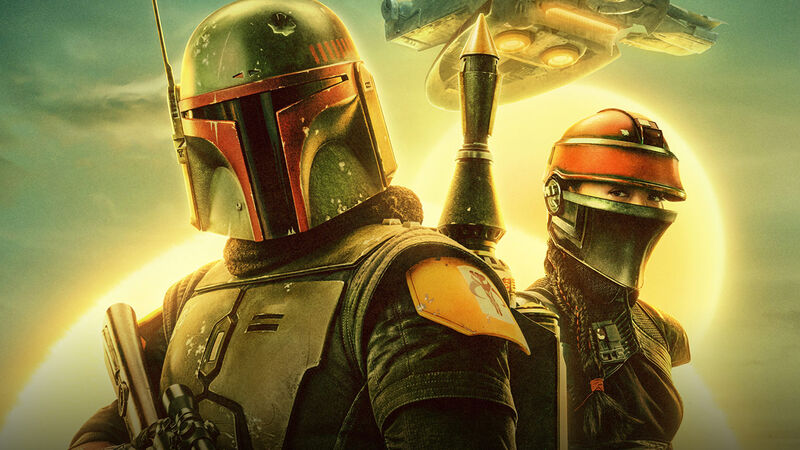 ‘The Book of Boba Fett’: Can the Bounty Hunter Rule Better than Jabba the Hutt?

The official trailer for The Book of Boba Fett is finally here. The nearly two minute trailer picks up just after the final moments of The Mandalorian Season 2, as Boba Fett kills Bib Fortuna and takes over Jabba the Hutt‘s former crime empire. He and Fennec Shand set out to make alliances with other syndicates and crime families left after the Galactic Civil War.

Based on the trailer, it appears the focus of its first season will be about legitimizing Boba’s claim to the underground empire. Bib Fortuna only managed to hold the reins of Jabba’s empire for five years at most. How does Boba Fett plan to do better than Jabba the Hutt?

JABBA THE HUTT + HIS VAST EMPIRE

Jabba the Hutt ran his criminal enterprise for several centuries from Tatooine. As head of the Hutt clan and member of the Grand Hutt Council, Jabba made a name for himself controlling the piracy, assassinations, trafficking, and slavery on Tatooine. He was able to expand his operations by creating a network of smugglers to do his bidding across the galaxy. With this increased influence in the Outer Rim, his business grew to include gambling, arms dealing, and spice dealing. He was able to control the gambling during the podraces at the Mos Espa Grand Arena. Jabba’s crime empire played a massive role in the Kessel spice trade before and during the Galactic Empire; speaking of which, during the age of the Empire, Jabba issued a water tax on the Tatooine moisture farmers to increase his profits during a drought. He made deals with the Empire for raw materials in exchange for his continued influence over the Outer Rim. He faced little to no resistance from the Republic or the Empire during his reign alongside the five syndicates.

A large part of Jabba the Hutt’s success in managing a massive underground operation for centuries was evoking fear from all of his subordinates, allies, and enemies. His greed motivated him to seek out power and wealth from all corners of the galaxy; his temper intimidated those around him to give him what he wanted. Jabba had zero tolerance for liars; any type of deception found could land you in his rancor pit. Due to his love of violence, he made spectacles out of executing his enemies, like throwing them into the Great Pit of Carkoon. The culture of fear that he created kept his bounty hunters in line and his captains loyal to him, which allowed operations to run like a well-oiled starcruiser.

WHAT BOBA FETT NEEDS TO SUCCEED

Boba Fett has inherited a far-reaching web of criminal operations, made up of a variety of businesses that have been put in place for centuries. Being part of Jabba’s organization as a bounty hunter only gives him a small scope of what’s actually at stake: spice trading, trafficking, arms dealing, and slavery. Not to forget, the alliances and dealings with different crime lords, the Hutt Council, the five syndicates, and the New Republic. How is this former bounty hunter planning to rule an empire? Boba Fett will need cooperative allies, loyal subordinates, and strong vision.

Based on the official trailer, Boba Fett plans to rule differently than Jabba the Hutt. For instance, he claims that he intends “to rule with respect” and cooperate with his partners. Jabba used fear to motivate and it worked well for him. Respect is something to earn; if Boba Fett plans to use respect to win others over, he will need to earn it quickly lest someone else try to take Jabba’s old throne for themselves. Someone to help him gain the respect of his hopeful allies is his second-in-command: Fennec Shand. Every good crime boss has a good lieutenant to make sure orders are enforced. As a mercenary, Fennec has shown she can hold her own and carry out orders. In the trailer, she has no issue speaking to Jabba’s former captains as the new crime lord’s right hand woman. Plus, Fennec Shand seems to have the ability to detect deception; this will lend to putting together a team of captains to carry out orders.

The big question for this simple man just trying to make his way in the galaxy and his ability to run an underground empire is his vision for it. There is a lot at stake for the various operations still going even after Jabba’s death. Does Boba Fett plan to secure his standing in the Kessel spice trade? What about controlling the gambling on Tatooine or expanding to new planets, like Cantonica? Why he wants Jabba’s empire will determine what he decides to do with it. If he’s motivated by a temper or greed like his predecessor, he could be successful; Jabba was able to keep his empire going for centuries. If Boba Fett wants to become a legendary crime lord, he will need a clear direction to motivate his alliances to partner in his enterprises. Plus, Boba is human, which means he has limited time on his side; he will need to plan an order of succession to keep his new conglomerate going long after he’s gone.

With lack of vision and the limitations of humanity, Boba Fett does not have what it takes to succeed at running a better crime syndicate than his predecessor, Jabba the Hutt. He does not have experience running a business outside of bounty hunting nor delegating authority to captains and mid-level managers. While respect might win him many allies, his enemies will only see him as Jabba’s former employee coming to take a swing at running a multiplanet organization. The reputation of Boba Fett has yet to outlive the legacy of Jabba the Hutt. The Book of Boba Fett begins streaming exclusively on Disney Plus December 29, 2021.

Note: Some of the links above are affiliate links, meaning, at no additional cost to you, Fandom will earn a commission if you click through and make a purchase.