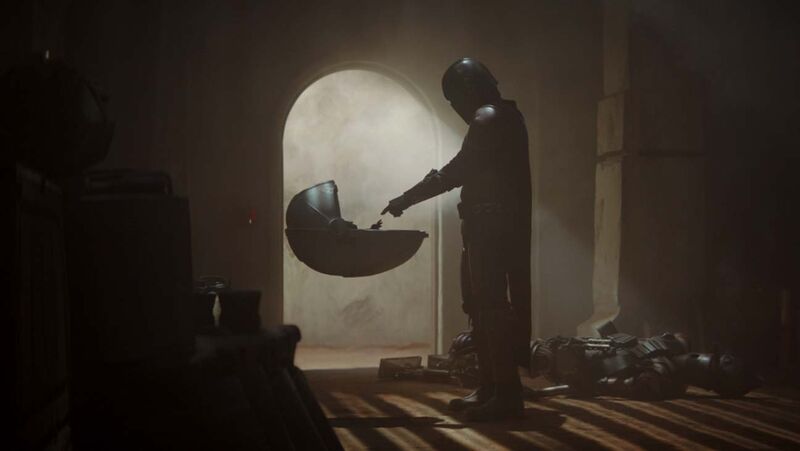 The Cutest Creatures On Disney+

The internet has found itself ablaze with baby fever, but not the kind that you may think. We’re not looking at human babies. No, today we’re talking about the cute little creatures that make us coo and caw in various Disney properties. From their tiny hooves to their little piggy noses, each one of these painfully adorable Disney munchkins have stolen the hearts of fans time and time again.

No, his name isn’t “Baby Yoda”, but we don’t have time to fight over his name. Who could possibly want to fight when they look at his perfect little ears, or his sparkly little eyes? Not The Mandalorian and Cara Dunes. This little guy single-handedly stopped a fight by merely existing in this week’s episode of the highly popular Disney+ series. You can’t look at those tiny Yoda hands and stay angry. Even watching this little guy devour his food manages to be painfully heartwarming. All of this is without even beginning to take his unbearably cute button-pushing tendencies (both literal and figurative) into consideration. The Mandalorian has his work cut out for him with this little bundle.

Heihei might get most of the love in Moana, but we can’t forget Pua. That funky chicken might have gone on an adventure, but this little piggy stayed home and guarded the island like a dutiful little companion. He doesn’t have his friend Moana’s love for the ocean (it did try to drown him once, after all), but he has love for her and their home, and that is enough. He and his little piggy snout are perfect.

Disney’s original spunky horse might have eventually grown up to be his best friend’s fiercest cheerleader and defender, but he started life off as a sleepy little pony. He’s a chief snuggler, this one and he stayed by baby Herc’s side like the dutiful little steed he is. He is a very good, cute, precious fluffy boy who deserves all of the apples.

Dory had won our hearts long before we saw her as a tiny baby. The love that we all felt for the forgetful Pacific Blue tang grew exponentially once we saw her in baby form. Honestly, what were they thinking taking a character that we all already wanted to love and protect and making her even smaller? Disney should have to give a warning for that kind of precious content! Our hearts must be prepared for the cute before it’s just thrust upon us.

Baby Groot (Guardians of the Galaxy)

Speaking of characters that we already knew and loved, Baby Groot was a personal attack from James Gunn that no one could have possibly prepared for. After thinking that The Guardians of The Galaxy had lost their beloved tree friend, we suddenly had our overwhelming despair overthrown by an unbearable adoration. The wave of relief viewers had at the end of the film was quickly overtaken by their hearts being squeezed by the cute. You can’t look at him dance in his little flower pot and not tear up.

Have you ever taken a look at a baby gorilla? They are complete cuties. Unfortunately for all of the other baby gorillas, none of them really hold a candle to baby Terk. She grows up to be Tarzan’s spunky and quick-witted best friend. Before the two were jungle surfing together, they were just chilling in their camp being little cuties. Be careful. Don’t think about her too long, or you’ll find yourself day dreaming about ruffling that perfect head of gravity defying hair.

Baby Tod (Fox and the Hound)

Baby Tod from Fox and the Hound might be a sleeper choice, but it that doesn’t make the little guy any less cute. This film is ready-made to tug at your heart strings from start to finish; no one could have possibly been ready to see a cute little red fox staring at them with huge, trusting little eyes. Let’s not even talk about that perfect fluffy tail or his jaunty little ears.

Fox and the Hound isn’t the only Disney movie that’s prepared to pull at your heart from start to finish. The beloved Oliver and Company will do the same, and  not just because it’s about a couple of strays just trying to find their place with a family. Little Oliver just wants to be loved, and deserves it with his perfect little whiskers and his heart of gold.

Ok. We don’t technically see Judy Hopps as a baby baby, but you can’t look at those little bunny eyes and think she doesn’t belong on this list. This little bunny cop has been filled with gumption from the day she was born. Her fierce devotion to fighting for what she knows to be right somehow makes this future officer of the law even cuter.

Dinosaur might not have gained the popularity of some of the other Disney films of the early 2000s, but that doesn’t make the film any less stunning. The gorgeous animation means that all of the dinosaurs look exceptional. Up to and including one baby Aladar. An iquanadon being raised by a bunch of lemurs? Come on, nothing has been that adorable since Tarzan! His cute story only makes the little guy’s cheeks that much more pinch-able.