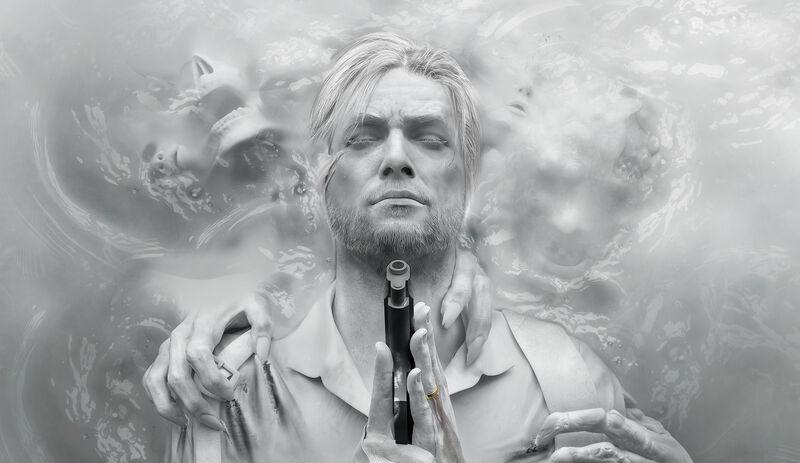 A few years ago, it looked like fans of scarier games were in for a second golden age of survival horror. Thanks to the success of first person nightmare simulators like Amnesia and Outlast, the genre was suddenly enjoying the kind of relevance it hadn’t had since the early 2000s. Not wanting to be left out of the party, Bethesda quickly jumped on the bandwagon with The Evil Within. Created by the master of survival horror, Resident Evil creator Shinji Mikami, the game promised to build upon the winning blueprint of Resident Evil 4 while taking the genre in a bold new direction. The problem was, though, when it finally came out, The Evil Within simply felt far too familiar. With a dark mansion setting, a horde of angry villagers, and even tentacles bursting from the heads of dead enemies, you’d be forgiven for thinking you’d played it all before.

Now, three years later, Mikami is giving the survival horror genre another shot. Sitting down with The Evil Within 2 at Gamescom, this time around we’re pleased to say that the series seems to have finally found its own identity. Taking place directly after the events of the original, the game opens with rugged protagonist Sebastian looking a bit worse for wear. Blaming himself for the death of his daughter after the events of the first game, he’s turned to the bottle, causing his marriage to swiftly break down around him. Luckily for old Seb though, things aren’t quite as bleak as they seem.

Contacted by Mobius, the evil organization behind the events of the last game, it’s soon revealed that Sebastian’s daughter isn’t dead after all – she’s just trapped inside a deadly simulation. Well, that’s a slight improvement, right?

Back to the nightmare

Just like its predecessor, The Evil Within 2 sees players heading inside the neural-link-powered STEM program once again. As you’d expect, it’s all gone a bit wrong in there a second time, with dangerous glitches transforming this seemingly idyllic world of memories into a living nightmare. Thrown into an ominous looking room, the first sight in this utterly terrifying world is a place decorated with corpses hung from the ceiling. Spotting a strange looking camera in the corner of the room, a quick press of the shutter causes the world to warp and distort around us. Suddenly, Sebastian is thrown into a sweat-inducing chase scene. Pursued by a horrifiying three-headed woman with chainsaws for arms, players are forced to rapidly seek safety. Crawling through air ducts in a bid to escape, we quickly got rumbled. With a saw blade cutting through the base of the duct, we leap down and frantically  start sprinting from room to room.

As you’d expet from the series, it’s far from a gentle introduction. Initially, this tightly scripted opening feels just as linear and bleak as the first game, but as the The Evil Within 2  progresses, it does something we weren’t expecting: it changes pace.

This time around, players are given a lot more freedom

With our hearts still thumping along at a thousand BPM, we soon find ourselves wandering a large and eerily quiet town. It’s here that the game’s developers let players off the lead, allowing Sebastian to wander around a surprisingly expansive area. Tasked with finding any survivors and tracking down a mysterious audio signal, players are left to explore the town  as they please.  As you have probably guessed, things don’t stay peaceful for long. Stumbling into a nearby house, we find a grotesque looking woman force-feeding a child organs before beating him to death. Making short work of her with our pistol, the sound of gunfire soon attracts the town’s other infected residents– and the real game began.

Fleeing the house and taking out the nearby monsters, we were left to sneak around the town as we pleased. With secrets and terrors littered around the zombie-ridden town in equal measure, taking the time to sweep random buildings often rewards your curiosity with precious ammos or upgrade parts. Other times, however, you find yourself lured into a deadly trap.

Walking into a nearby church, we stumbled onto a priest praying for forgiveness. Approaching him slowly, he suddenly turned around, convulsing and gagging as the infection took hold. As we swiftly unloaded our magazine into his grotesque body, other former citizens crashed into the church through the window. Surrounded and low on ammo, we took out the two nearest and ran as fast as the left analogue stick would carry us.

With a surprisingly large area to explore and a more subtly-paced opening, The Evil Within 2 feels like a game that isn’t living in the shadows of its creators’ past achievements. With space to breathe between the all-out terror and story sections, this is a far less nerve-racking experience than its counterpart, allowing players to soak up the atmosphere rather than just constantly wet themselves. Even if you weren’t a big fan of the original,  what we’ve played so far suggests that The Evil Within 2 might just be the survival horror game that the genre has been crying out for.