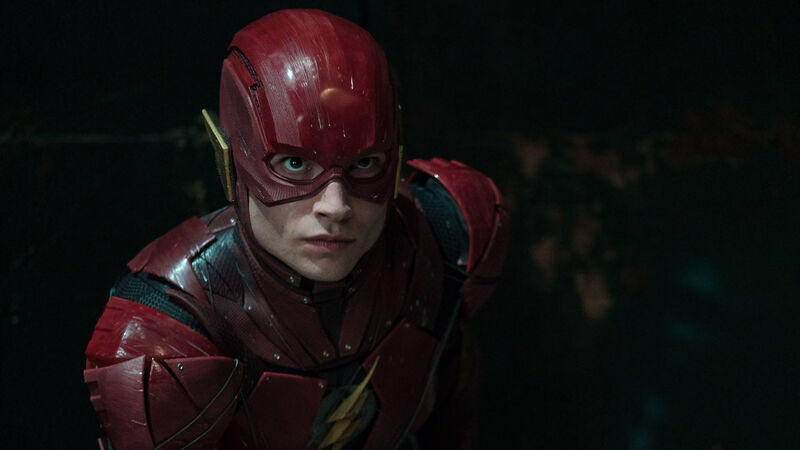 Warning: MAJOR spoilers for the Arrowverse Crisis on Infinite Earths crossover below.

Tuesday night saw the conclusion of the CW’s annual DCTV crossover, which this year was the mega-event Crisis on Infinite Earths. When the dust settled, the entire Arrowverse now resided on one earth, Earth-Prime, and a more streamlined multiverse took shape. Fans also witnessed the formation of the Justice League, made up of the Flash, Superman, Supergirl, Batwoman, White Canary, Black Lightning, and Martian Manhunter.

However, arguably the moment fans are talking about the most occurred in part four of the five-part crossover. Barry Allen (Grant Gustin), while in the Speed Force, comes across yet another version of himself, but this version was none other than the one played by Ezra Miller, the Barry Allen of the DCEU we’ve met in Batman v Superman, Suicide Squad, and Justice League.

Miller’s cameo was something fans didn’t see coming or even know was possible behind the scenes, given the many players (Warner Bros TV, Warner Bros. Pictures, DC Comics, the CW, etc.) involved to okay it. As “Ezra-Barry” put it, “What does that MEAN?!?!” We’d like to know, too! Let’s delve into where this may lead us in the oft-delayed The Flash movie.

Miller’s Flash is Now “The Flash!”

When the two Barrys meet, fans would think this would be iconic enough, but DC took it one step further. When “Grant-Barry” explains he is also a Flash, Ezra-Barry looks confused. It makes sense once you realize the movie version of Barry never went by “the Flash” in any of the three movies he was featured. So not only do fans get to see the movie and TV interpretations meet, but it’s now presumably canon that the TV version of Barry Allen is the one who gives the movie version his moniker.

The Movie Version of Flashpoint May Just Have Been Set Up

IT director Andy Muschietti is slated to helm the 2022 The Flash movie, starring Miller, and has confirmed the film will be a take on the Flashpoint storyline, but noted it would be a “different version of Flashpoint than you’re expecting.”

This meeting of the Barrys could be a precursor to what to expect from a movie version of Flashpoint. The TV show focused on the time travel aspect when they did Flashpoint. The movie could focus on the “space” portion of the space-time continuum. Barry Allen’s actions during Flashpoint have long-lasting consequences and this scene opened up entirely new ideas as to what those consequences can be.

If we were to ask this question two years ago, the answer would likely be a collective “no.” To be honest, if we were to ask this question two MONTHS ago, it would probably be the same. After Crisis though, things have definitely changed. DC and Warner Brothers, in one 90 second scene, told all their fans anything truly is now possible when it comes to their characters. It doesn’t matter what world they live in or what medium in which they’re presented. It means anything and everything counts.

To capitalize on this idea and have Grant Gustin appear, even for a moment, in the Flash movie would give fans a world of infinite (no pun intended) possibilities. Could he appear? Yes. Should he appear? Definitely.