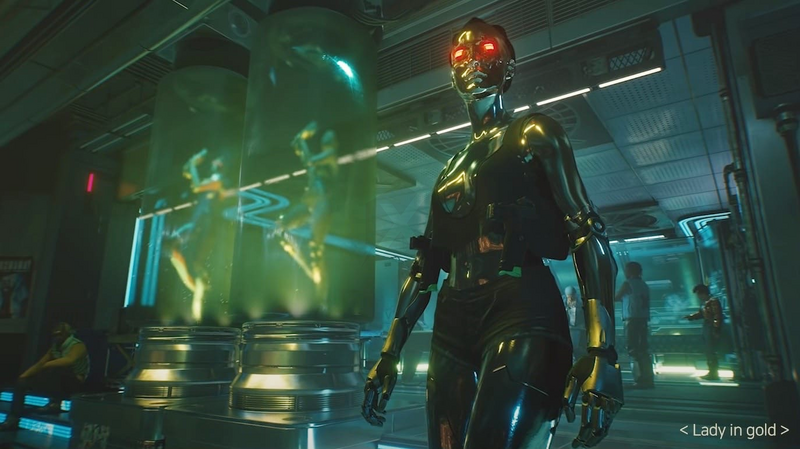 The Hidden Classes of ‘Cyberpunk 2077’

Cyberpunk 2077 is an old idea with modern game design, and that’s led to some interesting dilemmas. Developer CDPR has been as faithful as possible, but not all of the role-playing game’s classes easily port into an open-world videogame. You’ll have a choice of playstyle as you upgrade your character, and thankfully, these choices don’t lock you into anything.

In a nutshell, Netrunners are for those who like to hack into gadgets and buildings, making situations more advantageous — perhaps avoiding combat altogether. The Solo is adept at combat and isn’t afraid of being outnumbered. You’re free to spec into different skills as you please, mixing and matching, while also upgrading different attributes like Body, Intelligence, and “Cool.”

But that’s far from the full amount of roles that the Cyberpunk world was designed for. Astute role-players with elephant-like memories may recall that Cyberpunk 2020 had more classes than those mentioned above. And in truth, a lot of those classes don’t lend themselves well to a videogame — the concept behind them is very heavy on the role-playing and very light on the gameplay.

Where Are the Other Classes?

These classes are still in the game — but CDPR has decided to let NPCs take some of these roles, and others are unlocked through upgrading attributes and installing implants. Getting a particular eye augmentation will identify everyone in your vision and tell you if they have an outstanding warrant, opening up the path of a vigilante.

The Fixer class, ideal at solving problems for anyone who can pay, made an early appearance in hands-off demos as an NPC quest-giver. It’s the type of role that would be suited to a team management game, akin to Assassin’s Creed’s sub-game about sending agents to foreign cities and awaiting the result. But in a first-person, open-world game? Best left to the NPCs.

The same goes for the Techie and Medtechie, which are roles best reserved for merchants who can upgrade or help the protagonist. Other roles like the Media or Cop can naturally fit an NPC and take on a storytelling function but would be too limiting for a protagonist, for the same reasons GTA has never shoehorned the player into a police or newscaster role.

That said, we wouldn’t be surprised if there are a few missions helping out a Media NPC, as they’re natural adversaries to the shady dealings of Corporates. CDPR recently showed off its Braindance system, which lets the player view recordings directly from an NPC’s brain as if they were living it themselves, and this is certain to be used to solve mysteries and uncover Corporate espionage.

The Backstories That Define Us

Other roles have been used as a general backstory for V, and other NPCs. You’ll have a different opening act depending on if you pick Streetkid, Corporate, and Nomad as your backstory.

Corporates will find themselves unwilling entangled in a plot to seize power designed by their superior. When it’s discovered, everyone under the boss is disgraced and loses everything.

Streetkids start in a bar with a quest to help their friend who’s heavily in debt to a Fixer. If you’re a Nomad, you’ll enter Night City having denounced your gang, looking to start a new life. Each backstory has a different way of meeting Jackie, your partner in crime. That’s when the stories converge.

While each backstory comes with its own connections, it’s not as simple as Corporates being more friendly to Corporates, and so on. Rather, you’ll just be wise to the swindles your former group tries to pull on you. It’ll open up new dialogue options, as you’ve seen all these tricks before — where others might have to resort to violence, you’ll perhaps have identified a less risky, more profitable course of action.

CDPR has stated it’s possible to beat the entire game without killing anyone, and it’s a safe bet that’s through a combination of know-how with people of the same ilk, stealth, and charisma. Ultimately you should choose the backstory and skillset of the folks you want to spend the most time around because moving through those circles will be comfortable and quick.