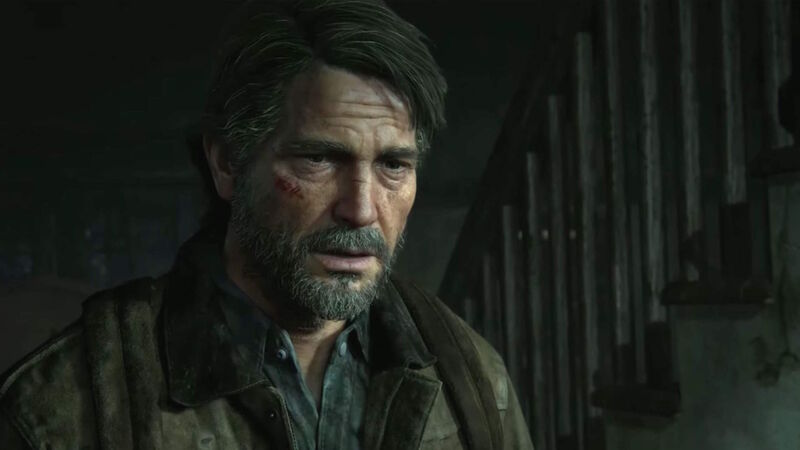 After three and a half years of feverish anticipation,  The Last of Us 2 will (hopefully) arrive this year – pending the newly announced delay. Yet, for a title that was originally meant to launch in just a few weeks, 2020’s most eagerly awaited release still remains shrouded in mystery. While fans have been drip-fed a slew of cryptic teaser trailers and gameplay demos since its December 2016 reveal, little is known about the grisly story that Naughty Dog is going to tell.

While it has been confirmed that players will be put in the shoes of Ellie (and that she’s out for revenge) — there’s one character who’s been mysteriously absent throughout most of the pre-release material– Joel. Where last year’s PlayStation Experience trailer confirmed that he’d be in the game, the question is, will the series’ morally ambiguous protagonist still take centre stage in the sequel?

Speaking with the voice of Joel himself — Troy Baker — ahead of this year’s gaming BAFTAs, he confirms to Fandom that Joel “will play a central role” in The Last of Us 2.

Note: This interview took place a few days before the delay was announced.

“We’ve done a good job of… peeling back layers and learning more about Joel..”

While he doesn’t confirm whether we can expect to actually play as Joel in the upcoming game, Baker reveals that Naughty Dog’s latest will delve even deeper into the complex character.

“People will question everything”

When asked more about the surprises that The Last of Us 2 has in store for fans, he coyly teases that we should all expect the unexpected.

“If we have done our job right, people will question everything [about The Last of Us 2]. I want [fans] to be able to challenge their own ideas about what this game is, what this world is, who the characters are — everything.”

With the announcement of a sequel coming as somewhat of a surprise to fans, Troy reveals that when he first heard the idea for a sequel, he was just as surprised as we were. Drinking with series creator Neil Druckmann in a “dodgy east end bar” after the 2015 gaming BAFTAs, the pair sat there late into the night as Druckman explained the broad strokes of where Joel and Ellie’s story would go next.

Yet it wasn’t until a year later that Baker heard the fully fleshed-out version of The Last Of Us 2‘s narrative — and he was blown away.

“I think it was about a year after that when[Druckmann] said, “come to my house,  I want to walk you through the story.” And after about an hour he reached the end. At first, I was very diligent and taking notes, and I was like “yes! All that’s great, I just want to make sure of…” but by the end of it, I was silent — like I was sat at the feet of the greatest storyteller. It was an amazing story.”

“… And so here we are now — I think three or four years from that moment of him first having an idea — to now being literally days away from it being released.” he smiles with a look of disbelief, “And again we find ourselves in that same position of: I don’t know whether people are going to like it or they’re going to hate it, but they definitely will NOT be ambivalent about it.”

Tonight, Troy Baker finds himself nominated for his fourth BAFTA – with the actor this time up for best performer in a supporting role as Higgs in Death Stranding. With Baker yet to actually win a BAFTA, this year, he finds himself in the same position as one of the Academy Awards’ long-running runner-ups.

“I’m coming after Leonardo DiCaprio’s record so, either way, I win, right? I break his record or if I don’t… I win, right?” he laughs.

To find out whether he manages to beat Leo’s record – and for all the other big wins and losses of the evening — tune in to the BAFTA Youtube channel tonight at 7:30 PM GMT.