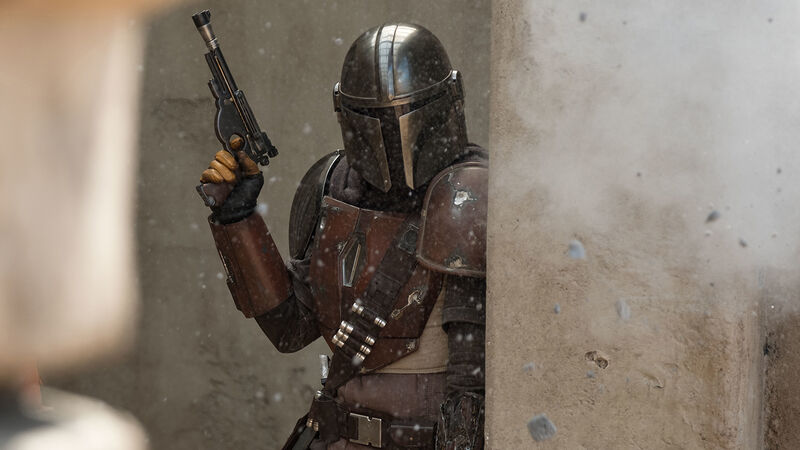 Disney+ is here – and with it, so is the first episode of The Mandalorian. (Watch Now on Disney+)

The much-anticipated show debuted earlier than expected in the early hours of November 12 – so early it was still November 11th on the west coast – giving fans the chance to dive into the first-ever live-action Star Wars series.

So what did people think? At a poll at Fandom’s popular Wookieepedia community, reaction was very positive. At the time of this article being published, 53% gave the debut of the series five stars, while 22% gave it four stars, and no one even bothering with the choices for one or two star ratings. (And for those 20% who haven’t seen it yet – hopefully you enjoy soon!)

The reaction at Wookieepedia to The Mandalorian (Watch Now on Disney+) showed a lot of endorsement for the final product. Said Shield of the Jedi, “I loved how personal this story feels,” also remarking, “The set pieces, cinematography, and various alien characters were all incredibly well-done, and I enjoyed the development of this world of John Wick bounty hunting that really hasn’t been explored in Canon yet.”

Said JulyenBANANAS, “It has definitely wowed me. I’m not afraid to admit I’m an absolute newbie compared to everyone else who grew up with Star Wars and know everything about it, but I’ve always been intrigued by the complexity of its lore. I’m learning and being mesmerized at the same time! I’m excited to see the next episode!”

Joshmorton12 stated, “I loved everything about it. Gets you captivated right from the start. There are little references that major star wars fans will recognize but it’s also very open and welcoming to new fans. By the end of the episode I had forgotten it was a tv series, I thought I was watching a movie. Also there’s a HUGE excitement at the very end that I’m looking forward to learning more about in the coming episodes.”

A bit more tempered was Lowghost2018, who said, “I liked its slow paced storytelling and the lore snuck in there but at some moments it really didn’t work for me.’

We’re going to discuss SPOILERS for the very end of the pilot episode of The Mandalorian (Watch Now on Disney+) here, so if you haven’t seen the episode, you’ve been warned!

Suffice to say, there was a lot of reaction to the final scene, where the Mandalorian discovers that he’s been sent to find a baby – one that is clearly from the same species as Yoda.

MAVAERICK exclaimed, “I’m so excited to see what happens to the ‘baby Yoda’ and if will learn more about his species.”

This sentiment was shared by many, as Yoda’s species is an incredibly mysterious part of Star Wars lore. That being the case, it makes sense that we saw a notable jump in traffic to the page for Yoda’s species at Wookieepedia. And even more people were specifically checking out the page for the Legends incarnation of Yoda’s species, which saw a 3109% spike in traffic in a single day once The Mandalorian was available.

Why would more people be looking at the Legends section? Well, likely because in canon, there’s next to nothing known about the species so far, while the Legends continuity used in older books and comics did provide at least a bit more information – and while none of that is canon now, who’s to say elements of it might not be added to canon moving forward, in the way Life Day from The Star Wars Holiday Special was mentioned in The Mandalorian?

Evazan03 pondered the implications of the baby, writing, “I have a theory that the Imperial remnant want Yeetle, (the name I’m giving baby yoda) since they can live to 900 as a way of uncovering the secrets to a long lifespan so that the Emperor can be revived and live forever.”

While there was certainly an increase in interest to the page for Yoda himself, amusingly, even more people went to the page of the only other member of his species previously seen in canon prior to The Mandalorian – Yaddle, seen on the Jedi Council in The Phantom Menace, received a 4464% jump in traffic.

That renewed interest in Yaddle was seen on Google as well, with frequent searches for things like is she still alive, is she related to Yoda, is she Yoda’s sister, who killed her, and when did she die. Unfortunately, few of those questions have concrete answers as yet — though it’s not typically believed she is related to Yoda — including how her life ended. What is known is that she retired from the Jedi Council prior to the beginning of the Clone Wars and was replaced by Shaak Ti.

OTHER POINTS OF INTEREST

No surprise, but the page for the Mandalorian people received new attention with the show debuting, but there was also a 6669% jump on the page for the Mythosaur. The Star Wars version of a dinosaur, a native of Mandalore, had previously only been mentioned in Legends stories, where it turned out they were the inspiration for the skull sigil first seen on Boba Fett’s armor. In the first episode of The Mandalorian, a mention of these creatures by the Ugnaught Kuiil made them official canon, cementing their place in Mandalore’s history. On Google, the Mythosaur saw searches that included questions on what it looks like and what a Mythosaur skull is exactly.

Also getting new eyes, and a 2271% spike in readers, was the page for Beskar, the durable metal used to make Mandalorian armor, which was both mentioned and seen often in the pilot episode. Following the episode, Google found many searching just how strong Beskar is. The answer is pretty dang strong! As noted on Wookieepedia’s page for Beskar, “The alloy could withstand direct blaster fire. Beskar could also withstand the slash and glancing blow of a lightsaber.”

On the other hand, Wookieepedia community member Showag was more excited by a certain droid from The Mandalorian‘s first episode, and no, it wasn’t IG-11. Said Showag, “I got WAY too excited at the gonk.”

The second episode of The Mandalorian debuts Friday, November 15th on Disney+ — check it all out on