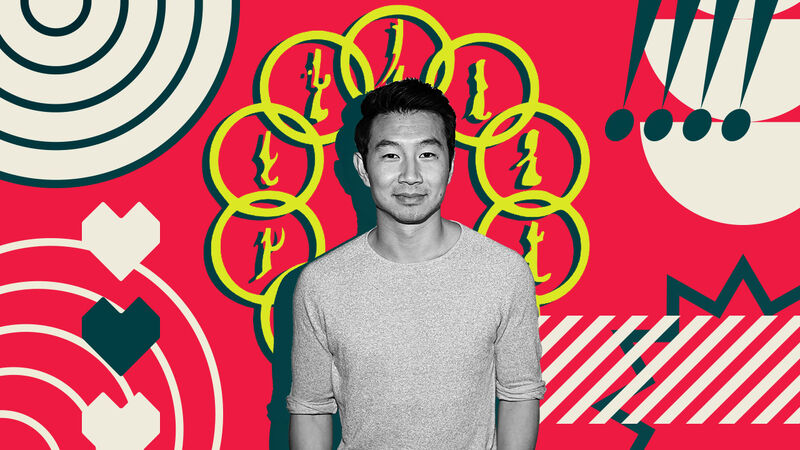 Marvel Studios delivered all sorts of haymaker announcements this past weekend at San Diego Comic-Con. Phase Four will feature films like Black Widow and Eternals, Disney+ shows, including Hawkeye and Loki, and sequels for Doctor Strange and Thor. However, one roundhouse kick came in the form of the Shang-Chi and The Legend Of The Ten Rings announcement!

The Destin Daniel Cretton (Short Term 12, The Glass Castle) film will debut on February 12, 2021. Simu Liu will play the lead character alongside Tony Leung (Infernal Affairs) as the real Mandarin and Awkwafina (Future Man, Ocean’s 8) in an as-yet-unrevealed role.

And that’s all we know…for now. But, we can dig-in a little deeper and make a few educated guesses based on the existing MCU films and all those glorious comics in our garages! And there’s a lot of reason to think that the arrival of the villainous Mandarin will cause Shang-Chi a lot of grief, because there’s a good chance they will in fact be father and son.

Let’s start off with the title itself and talk about our lead character, Shang-Chi. He debuted in 1973’s Special Marvel Edition #15 thanks to Steve Englehart and Jim Starlin. The martial arts expert proved so popular that, after just one more installment in SME, the series was renamed The Hands Of Shang-Chi, Master Of Kung Fu and ran until 1983’s #125.

Behind the scenes, the series took advantage of the then-recently acquired license to create stories based on pulp writer Sax Rohmer’s villainous Fu Manchu, who was created outside of Marvel Comics. Englehart and Starlin’s idea was to invent Shang-Chi, an all-new character inspired by the burgeoning kung fu boom that it soon became a part of. During the course of the story, Shang-Chi discovered that his father, Fu Manchu, was actually a heartless villain and not the honorable man he’d grown to respect.

Once he learned the truth, though, he switched sides and made it his mission to end Fu Manchu’s reign of terror. After his initial boost of popularity — which also included a run in the more adult black and white Marvel magazine, The Deadly Hands Of Kung Fu — Shang-Chi had become a go-to fighter in the Marvel comics universe, even joining up with the Avengers at times – you can read more about Shang-Chi’s Greatest Comic Book Storylines!

Now, what’s the deal with the Ten Rings in the film’s title? In the comics, The Mandarin has mainly been an Iron Man villain. In fact, his interactions with other heroes have been relatively few and far between. Traditionally, he was a would-be world conqueror in the making when he stumbled upon a spaceship and swiped ten rings that each gave the user a different power (fire, complete darkness, ice, that sort of thing).

Marvel Cinematic Universe fans will remember that the Ten Rings go all the way back to the birth of the MCU in 2008’s Iron Man. In that film, Tony Stark was captured by a terrorist group known as the Ten Rings, leading to him becoming Iron Man in the first place. Five years later, in Iron Man 3, Stark discovered that the worldwide terrorist calling himself The Mandarin was actually an actor named Trevor Slattery who was paid by Aldrich Killian to distract from his own evil schemes, with Killian then proclaiming he himself was the Mandarin. But did he mean that literally or simply that, as the one pulling Trevor’s string, he might as well go by that name?

As it turned out, we then learned in the Marvel One-Shot All Hail The King there was in fact a real Mandarin, beyond both Slattery and Killian, and he did not take kindly to this hijacking of his name, sending a team to extract Slattery from jail. In Shang-Chi and the Legend of the Ten Rings, we will finally meet this mysterious villain.

Given that the only two named characters we know for sure are in the film so far are Shang-Chi and Mandarin, many minds immediately jumped to the potential for them being related. But why? Well first off, Fu Manchu’s out of the picture. The initial deal Marvel made with Rohmer’s estate allowed for the comic company to keep the rights to the original characters created for the series, but not the existing ones.

Since then, most Marvel Comics writers who use the character refer to Shang-Chi’s father in general, shadowy terms, describing him without name-dropping. More recently, in Secret Avengers, Ed Brubaker retconned his lineage to make his father a centuries-old mystic by the name of Zheng Zu who used Fu Manchu as one of many aliases over his long life.

By swapping out Zheng Zu for Mandarin, Marvel Studios could keep Shang-Chi’s complex and universally understandable hatred for the villain while updating his status. It’s notable that returning to the Ten Rings is an interesting way to keep ties with the dearly departed Tony Stark and finally pull on a thread that was introduced all the way back in the first MCU film. It also gives Shang-Chi — a character who will be brand new to most who go see his film — a connection to a major Iron Man villain, albeit one we’ve never truly met until now, which is a savvy way to solidify the Master of Kung Fu’s MCU importance.

Once Upon A Time

Going back to the comics, there is one series that posited the Mandarin and Shang-Chi as father and son. During Marvel’s 2015 reality-warping event Secret Wars, which featured a patchwork Battleworld created by Dr. Doom consisting of many pieces of alternate realities, the company published a four-issue tie-in mini-series called Master Of Kung Fu. Written by Haden Blackman, with art by Dalibor Talajić, this book takes place in a world that mashes up the mystical cities of the Iron Fist mythos with other martial arts figures like Shang-Chi and the Mandarin, who has himself been an excellent fighter going all the way back to his 1964 debut in Tales Of Suspense #50.

In this alternate reality, instead of physical objects, each of the rings was actually a supernaturally charged skill that could be learned by devoted acolytes. Is it possible that the brain trust behind Marvel’s movies would pull from a fun, but ultimately ancillary title from an event that spawned around 50 titles? Maybe! On the other hand, the Marvel Cinematic Universe is already jam-packed with mystical objects from the stars and beyond that could come into play.

Whatever the relationship between Shang-Chi and Mandarin might be, MCU fans have a lot to look forward when Shang-Chi and The Legend Of The Ten Rings hits. We’ve seen what Marvel Studios can do with skilled physical fighters on the big screen in the form of characters ranging from Black Widow to Black Panther, but this will take that to a whole new level in a world jam-packed with astonishing combatants. Bringing Mandarin into the fold as a real-deal villain would be a solid step for building up the universe’s roster of classic Marvel villains. Better yet, Shang-Chi’s presence will offer audiences a different kind of hero to look up to who could, potentially, make his way to the Avengers as he did in the comics!