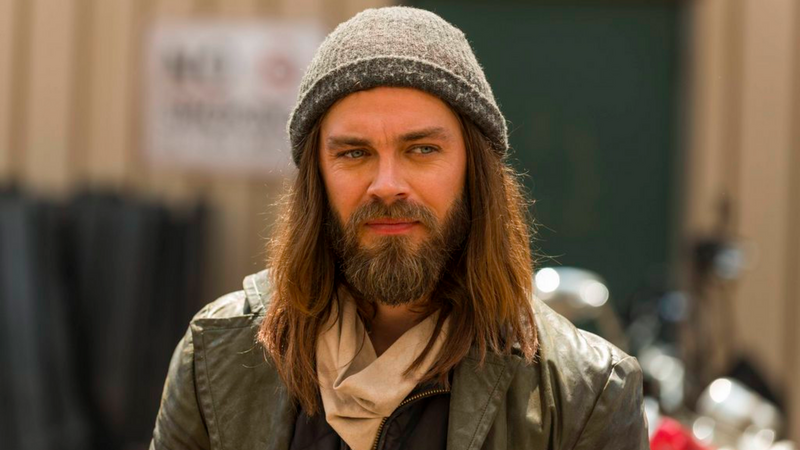 At its core, The Walking Dead is about the relationships the survivors of the zombie outbreak build with one another. These relationships range from familial (i.e. Rick and Carl) to romantic (Maggie and Glenn) and sometimes somewhere in between (Carol and Daryl).

We’ve seen interracial love (Rick and Michonne), teen love (Carl and Enid) and even love triangles (Sasha, Abraham, and Rosita). But when it comes to gay romantic relationships, the show has a long way to go.

Ironically, The Walking Dead has a high percentage of LGBT characters amongst its main cast; Aaron, Jesus and Tara are openly gay. However, their romantic relationships, especially compared to Rick’s, are less developed.

One could argue that their characters are newer and secondary, so they’re naturally less developed. However, Rick has had two major relationships (Jessie and Michonne) since Season 6 — the same season Jesus was introduced — and Jesus has had none.

No Love for Jesus

Jesus revealed his sexuality to Maggie in Season 7, admitting that he “found it hard getting close to anyone: neighbors, friends … boyfriends.” While he often scouted solo for Hilltop, part of his job was recruiting new people. The self-identified loner came in contact with more outsiders than anyone else. By Season 7, he admitted “for the first time I feel like I belong,” but he’s really had no relationships with anyone outside of Maggie, gay or straight.

Aaron (Ross Marquand) and his boyfriend Eric (Jordan Woods-Robinson) are arguably one of the most stable couples on the show. But of the established pairings on the series, they get relatively little screen time.

When viewers were introduced to them — during a recruiting mission gone awry — they shared a passionate kiss after reuniting. Since then, they’ve faced even greater dangers — hordes of Walkers, the Wolves AND the Saviors –with nary any other physical contact, save for an embrace when Negan’s henchwoman pointed a gun at them.

More often than not, Aaron and Eric are separated (that is how their characters were established, after all). But while it seems Rick and Michonne — a heterosexual couple — pair up in most dangerous situations, Aaron is seen running off. Heroics perhaps, but does he care more about other’s lives than Eric’s? Or does he have enough confidence that his partner will be okay he leaves him.

Ironically in the comics, Eric dies and Aaron and Jesus get together, because that’s what writers see as an eventuality for gay men.

Tara (Alanna Masterson) is the only lesbian main character. Both her girlfriends — Alisha and Denise — died exceedingly violent, graphic deaths (both headshots). Tara was not present for either’s passing. The killing of queer female TV characters inspired the #buryyourgays hashtag — when a disproportionate of deaths in the last television season were lesbians.

What makes both these relationships so upsetting is that they are incomplete. Not only are they cut short by one partner’s death, but the surviving partner — in this case Tara — doesn’t have the opportunity to mourn or grieve. In that sense, they are somewhat disposable.

Will Jesus, Aaron, and Tara have a greater role in Season 8? And more importantly, will their relationships be explored as much as the heterosexual couples? Viewers will have to wait until October 22 to see.