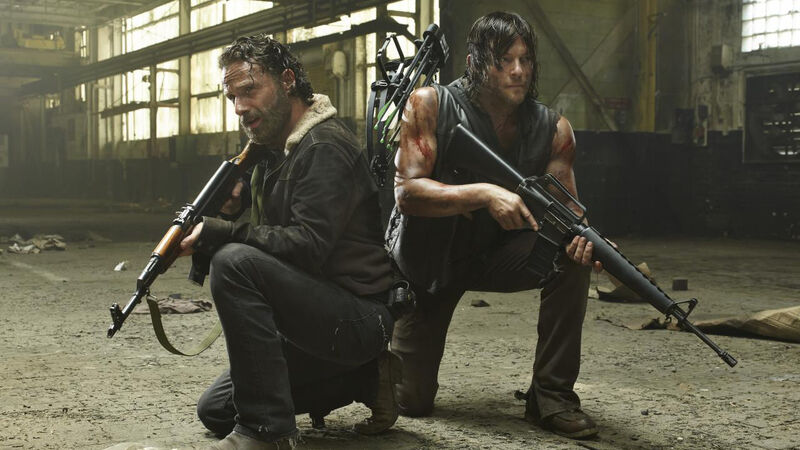 ‘The Walking Dead’: Season 9 Will ‘Morph Back Into a Season 4, Season 5 Vibe’

At the end of Season 8, The Walking Dead will be ushering in a new era. Outgoing showrunner Scott M. Gimple will move onwards and upwards to make way for incoming newbie Angela Kang, who takes the reins for Season 9. This is good news for a series suffering declining viewing figures. Kang will hopefully bring a fresh approach to proceedings and inject new life into the show. She’s not new to The Walking Dead though, and — perhaps reassuringly — she comes equipped with a detailed knowledge of seasons past.

Walking Dead executive producer Greg Nicotero told FANDOM: “Angela’s been with us since Season 2. She’s been one of our key writers.”

Kang is responsible for penning the memorable Daryl and Beth episode from Season 4, in which the two grow closer as they chug moonshine. She also wrote the Season 5 mid-season finale which saw Beth die during a hostage exchange. Kang has additionally worked on a significant number of episodes each season, including four from Season 8.

“Angela has a very clear vision for the show and she has a great voice; she’s got a unique voice,” Nicotero added.

He indicated that Angela is taking inspiration from the show’s history: “Especially looking back at where our show succeeds the most — in terms of the characters that have the best chemistry together and the locations that [worked well]. It’s always kind of nice to be on the road a little bit. Any time we’re sort of situated in one place for too long… I feel like the show is kind of morphing back into a Season 4, Season 5 kind of vibe.”

During Season 4 and Season 5, the show was achieving peak ratings. Season 4 featured the prison storyline which saw members of the community struck down with a deadly virus and Hershel decapitated at the hands of the Governor. It also saw Carol’s execution of young Lizzie, and the group’s discovery of Terminus. Season 5, meanwhile, continued the Terminus storyline, with the cannibalisation of Bob’s leg in Episode 2. It’s also the season in which Rick saved a cowering Father Gabriel and learned the truth of his story. It featured the hospital storyline and introduced Aaron who brings the group to Alexandria.

With Robert Kirkman revealing he has an end point in mind for the comics, it reignites the question of how long The Walking Dead can continue past Season 9.

“I always hear everybody talking about when they think the last season will be and how far it’s going to go,” said Nicotero. “But even when I hear things that Scott Gimple says, they’re always different. I know we’ve got a couple more good years in us for sure. But if there is an end point in regards to this particular show, it has not been discussed with me.”

With Nicotero also revealing that the Season 8 finale will wrap up a lot of characters’ storylines, we can look forward to a re-energised show come Season 9 when Kang assumes showrunner duties.