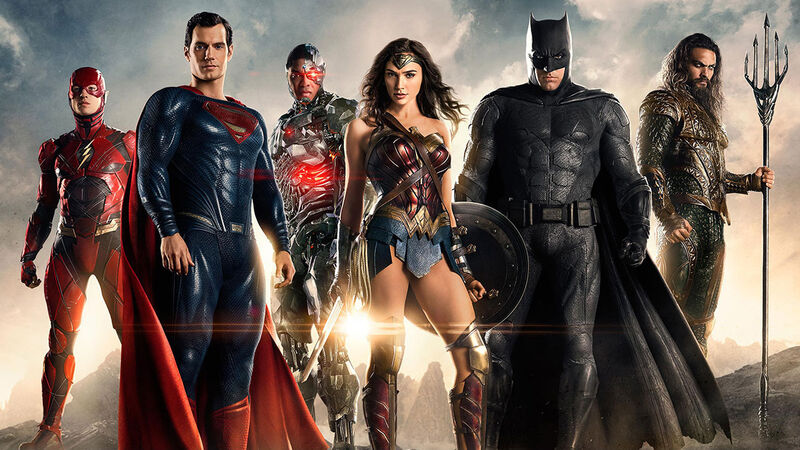 The 13 Weirdest Moments in ‘Justice League’

Justice League is a deeply strange movie. The story concerns Batman assembling the ultimate superhero team to do battle with invading alien Steppenwolf. But along the way there are strange moments, lines, and story beats that come out of left-field. With the following 13 of the weirdest and worst.

Just BEWARE OF SPOILERS ahead…

Justice League opens in odd fashion. Some unseen kids are interviewing Superman for their podcast. Filming on their phone, they ask him about being on planet earth and fighting hippos. He then compares hope to a set of car keys, before the scene just cuts dead. It hardly kicks proceedings off with a bang, and feels like a set-up that never pays-off, while Superman’s upper lip is extremely distracting. But more on that later…

There’s an early scene that feels shoe-horned in to give Wonder Woman — star of the best recent DC film — something to do. It features “a small group of reactionary terrorists” who want to “return the world back to the dark ages and the sanctity of holy fear.” But when their bomb doesn’t go off, they quickly forget all about their beliefs, and start trying to shoot kids.

A janitor from S.T.A.R. Labs gets kidnapped by a Parademon on behalf of one-dimensional villain Steppenwolf. And the janitor’s wife isn’t happy, appearing in a news broadcast to claim that her Howard is a “good man.” And stating that she’d like to do something unspeakable with an alien probe. It’s supposed to be funny. But isn’t, the scene instead making for a weird tonal shift.

Steppenwolf spends Justice League collecting together the three ‘Mother Boxes‘ as when united, they make him all-powerful. Trouble is, he sounds fairly ridiculous exclaiming the word “Mother!” every few minutes. It also means the film features memorably bad lines of dialogue like “The demons must have got the scent of the Mother Box” and “Praise to the unity. Praise to the mother of horrors.”

It’s no secret that Justice League had massive reshoots. And by that time Superman actor Henry Cavill was busy making the new Mission: Impossible movie, for which he grew a moustache. Being unable to shave it off, contractually, the makers of Justice League instead removed his lip decoration using CGI. Trouble is, his mouth now looks TERRIBLE, with Clark’s face appearing to be made of dough in several scenes.

To set things up for the forthcoming standalone Aquaman movie, Arthur Curry shares a scene with Atlantian princess Mera. But it isn’t a normal conversation. Instead, Mera speaks in pure exposition, explaining Aquaman’s backstory in garbled fashion during a sequence that simply doesn’t ring true.

While speaking to Lois Lane, Martha Kent claims Superman “said you were the thirstiest woman he’d ever met.” She quickly corrects herself with “hungriest” but it’s too late. We’re already thinking weird thoughts that we don’t want to have about Superman and Lois. And wondering how such a terrible line made it into the final cut.

We’re used to seeing Batman treat criminals with disdain, but Wonder Woman? No thanks. He does just that in Justice League, however. When Diana advises Bruce that he needs to move on from the death of Superman, he responds by saying, “Did Steve Trevor tell you that?” Which gets him a slap. Because you know what? Batman wouldn’t say that. He also quips: “Something’s definitely bleeding,” after being smacked about by Superman. In that awful Batman growl. It gets a laugh, but again, Batman wouldn’t say that.

The Justice League resurrect Superman to help protect the Mother Boxes. But post-resurrection, while fighting angry Supes, they just leave their Mother Box on the ground. Allowing Steppenwolf to claim it unchallenged. Which is what they were trying to avoid in the first place. Doh!

Superman is back from the dead. Lois says, “You smell good,” and he responds with: “Did I not before?” She then asks him what it was like and his reply is: “Itchy.” Seriously, that’s what Superman says about his own resurrection. This should have been an emotionally charged moment. Instead, it’s played for cheap laughs.

Towards the end of the movie, we’re introduced to a family who live near a nuclear power plant in Northern Russia. And they become a focal point for the film; the Justice League having to save them so there’s at least some human jeopardy. But we don’t really know who they are, making it hard to care about the family. And as the finale approaches, they seem more like a distraction from other, more interesting stuff that’s happening.

“I believe in truth. But I’m also a big fan of justice.” This is a line that Superman actually says.

Early in proceedings, when he finds Bruce Wayne in his hideout, Flash is wearing a red-and-black check-jacket. At the end of the film, when removal folk are transporting Martha’s belongings (rather than Superman, WTF?), Clark Kent is wearing a red-and-black check-jacket. Justice League is one of the most expensive movies ever made, but it looks like they ran out of wardrobe budget during the reshoots. And if not, it seems like the JL might be sharing clothes. Either way, it’s an odd choice from a film that’s absolutely filled with odd choices.

Justice League is in cinemas now.