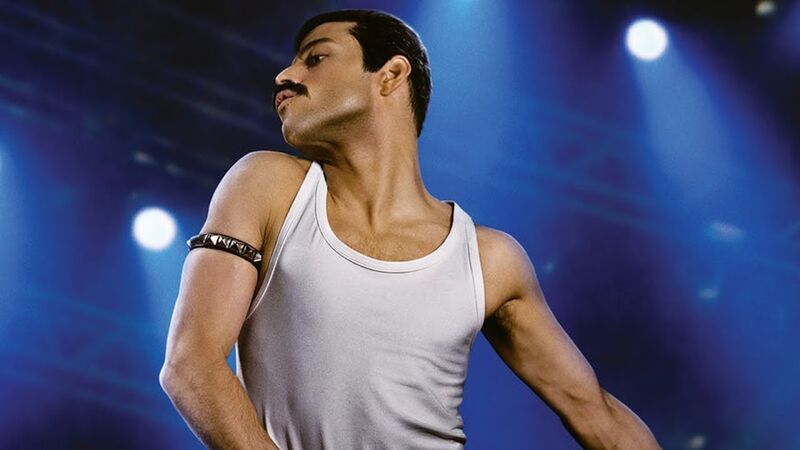 The brash wild card of awards season, the Golden Globes, is officially in the books, so let’s sift through the fallout.

When the only thing predictable is unpredictability, the Golden Globes have always offered up an interesting mix of traditional safe picks and shiny new things, as well as bringing together the increasingly blurry realms of movies and TV.

So what’s The Kominsky Method? Is Bohemian Rhapsody really the King – errr – Queen? Do Sandra Oh and Andy Samberg now go by The Ohnley Island? Here are the best and worst results from the 76th Golden Globe Awards!

5 Things the Golden Globes Got Right

Though a recent release, Into the Spider-Verse is joyous, trippy spectacle that feels wholly unique – even in the current climate of so-called “superhero fatigue.” And even within that, consider that Spider-Man is one of the most cinematically portrayed heroes of all time. It takes a deft hand and true emotional intelligence to spin a new web for the Wall-Crawler that people can hail as one of the best Spidey stories ever.

One of the night’s biggest outrages would have come if The Americans didn’t somehow take home the globe for Best TV Drama. Fortunately, the stellar series, which went out in exemplary fashion, representing the last of the Golden Era of TV greats in a way, finally got the recognition it deserved as one of the best sagas to grace the small(er) screen.

HBO’s Sharp Objects didn’t get the Big Little Lies shine many were expecting, but Patricia Clarkson did win for her pitch-perfect portrayal of the nefariously narcissistic Adora Crellin. With Amy Adams’ Camille in a perpetual spiral of guilt and gloom, Clarkson’s manic mom needed to offer up an instant explanation for her daughter’s desperate desire to disappear.

The Reginaissance has arrived and I’m here for it. The actress, who’s been in everything from 227 to Jerry Maguire to Ray, has always been a critical favorite, but her recent rack up of Emmys and Globes started back in 2015 with American Crime (while she was also starring on HBO’s The Leftovers). Here she was being honored for both Netflix’s Seven Seconds and If Beale Street Could Talk. And though she lost on the TV side, she won big for her poetic performance in Barry Jenkins’ Beale Street.

Sandra Oh and Andy Samberg’s Positive Roasting of the Crowd

It’s been a few years since Ricky Gervais spit his venom as the Globes host, but it still felt like the perfect time to unleash an opening monologue that was both a 180 reaction to the comedian’s trademark trash talking and also a meta-exploration of our current culture of outrage. So instead of eviscerating the attendees, Oh and Samberg slammed them with saccharine support. Hey, anything that gets Emma Stone to scream out “I’m sorry!” for her role in Cameron Crowe’s abysmal Aloha is a-okay with us.

5 Things the Golden Globes Got Wrong

Because of “Peak TV” and the sheer number of scripted series (traditional broadcast and streaming), we now have an environment where it’s not just movies that can hit us with a “Wait, I’ve never even heard of that!” move come awards season. Now TV can share in the obscurity as well. If you weren’t aware of The Kominsky Method, starring Michael Douglas and Alan Arkin, it’s because Netflix releases dozens of original shows each month that barely get promoted.

Look, The Kominsky Method is actually pretty good. But it’s not better than Barry or The Good Place. Or Atlanta, which wasn’t even nominated. Barry was the assumed lock here, because the Globes tend to honor quality freshman outings. And they did. But they just went with the freshman show featuring the most famous old guard names.

Firstly, if there was something to honor about The Kominsky Method, it was Alan Arkin’s performance. And yes, Arkin was nominated in the supporting actor category. He just didn’t seal the deal. Secondly, Douglas’ win here was a safe and sullen swing when the award should have gone to either Donald Glover or Bill Hader. But the Globes love to hand out head-scratchers half the time, so this tracks if you consider how much the HFPA loves big names and new TV.

Is This the Real Life? Is This Just Fantasy?

Bohemian Rhapsody is a box office juggernaut. There’s no denying that. It’s the highest-grossing musical biography of all time worldwide. It’s also…okay? It was met with mixed reviews, with most critics enjoying the performances while finding the story overly neat and obvious, portraying history, and Queen frontman Freddie Mercury, through a rather sanitized lens. So how did it take home the globe for Best Dramatic Picture? Any way the wind blows, I guess.

The Globes already get us all twisted with their film categories – you know, the whole “Musical or Comedy” slot being a separate movie award from “Drama.” But then the Hollywood Foreign Press Association confuses us even further with their nominations. Green Book isn’t a musical or comedy. Also, like Bohemian Rhapsody, it’s seen as a very by-the-numbers, glossy, and inaccurate look at history, with even the family of Don Shirley (played by Mahershala Ali in the film) speaking out against it. It’s a movie where the performances should be honored more than the story.

Crazy Rich Asians and Black Panther Getting Shut Out

Now, we’re not saying either of these films should have won in their respective categories (though Crazy Rich Asians seemed like a hot contender for Musical or Comedy) but it’s just a shame that two landmark films with regards to representation, both of which did massive and historic box office numbers, got drowned out by middle-of-the-road Hollywood ham-handedness.