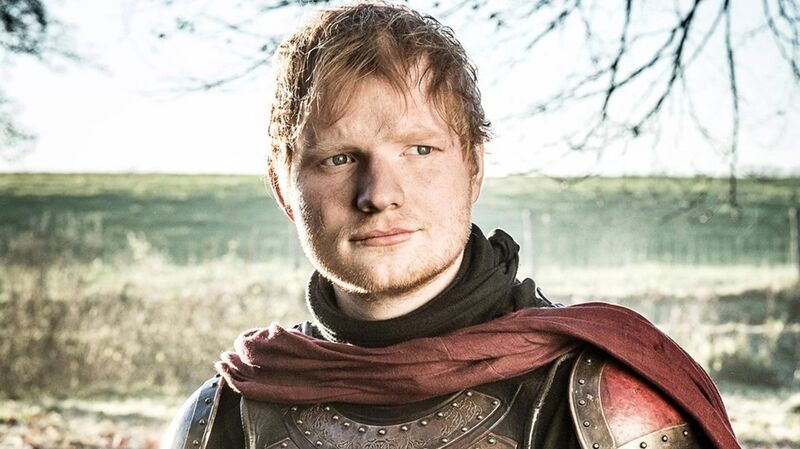 Why Ed Sheeran’s ‘Game of Thrones’ Cameo Was Necessary

If you think Ed Sheeran’s cameo on Game of Thrones wasn’t for you, you’re right. Nor was it for me. Heck, even though the showrunners brought him on as a surprise gift for Maisie Williams, the scene with the ginger balladeer wasn’t even for her benefit. His appearance as a singing Lannister soldier camping with his fellows in the middle of a long march to war was about reintroducing humanity to Arya Stark, one of the most monstrous characters on Game of Thrones.

Let’s consider Arya’s arc as a whole. Following the death of nearly all of her family, she has labored with tenacious dedication to define herself by her martial skill. She has nursed a grudge-kill list that is rapidly shortening, largely because she keeps succeeding in crossing names off it. Arya is staring down what I’ll call the Inigo Montoya Dilemma; after gaining her revenge, who will she be? And is her revenge quest worthy? When all you have is a Needle, every problem starts to look like a piece of cloth you can stick with the pointy end.

“You think soldiers get ravens with news from home?”

Enter our merry band of Lannisters. Ed Sheeran’s voice, in that desolate wood, like a dinner bell for Arya. Fresh from her sordid soirée with the Freys, these soldiers from an enemy camp must look a tempting target for her. Indeed, as she sits down, we see her assassin’s mind at work. She disarms their wits with conversation and sees they have disarmed of weapons as well, their scabbards propped against logs. She has the advantage here, it seems.

A man can forgive her for being cautious; Westeros is rife with casual and sexual violence, and these fellows are singing a rather creepy, lusty song. What we get instead is not a melee, but an honest conversation among fellow travelers. These men are not anxious to fight. One wishes he could help his fisherman father, another has just become a father himself. He shares his hope that he’s had a girl, because “boys just go off to fight in someone else’s war.”

“My mother always told me to be kind to strangers. Strangers will be kind to you.”

It’s a marvel to watch Arya’s reactions to each of these revelations. She approached the campfire expecting monsters, and found instead average men. Even when Arya confesses her plot to kill Queen Cersei, these soldiers in her service laugh it off. They are not her loyal serfs, they’re just men earning a living. Maisie Williams truly embraces the weight of this revelation. We see in her expressions the reflected ghosts of all of Arya’s lost loved ones, and it’s moving to see her rediscover the simple and powerful grace of human kindness. Several poor soldiers, with a meager meal, offer her the first bite and a warm place to rest. Arya already knows that death comes for us all, but what she really needs to learn is how important it is to live well first.

Perhaps I lied, a bit. Ed Sheeran’s cameo was for our benefit. There is some prophetic importance to the lyrics of his song that hint at what may happen with Jaime and Cersei, but honestly, it doesn’t really matter. Nor does it matter if he’s Symon Silver Tongue or not. The point of the scene was to highlight that when the last Lannister is dead, their soldiers and subjects will remain. We too, in the end, will need to learn how to forgive the survivors of a gruesome, protracted war. Of course, it’s possible that at the beginning of the next episode, he’ll prod Arya awake with his leather boot, rip his Ed Sheeran face off and declare that, “A girl should be more careful” in the familiar tones of Jaqen H’ghar. I mean, I’d take his face if it meant I could take his voice, too.