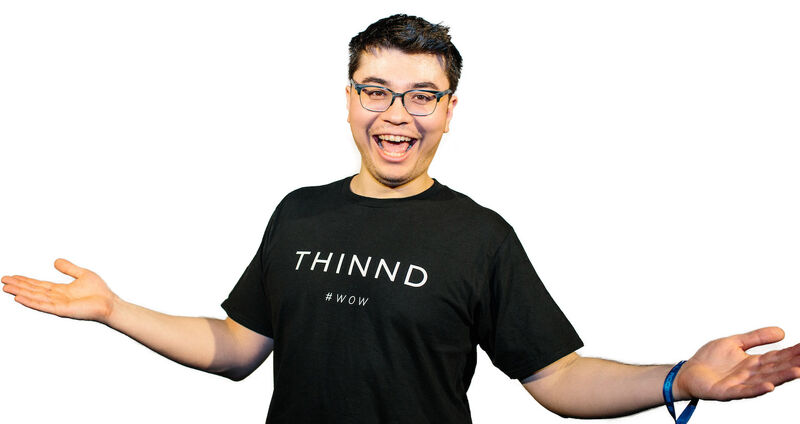 Thinnd’s Guide to Getting Started Streaming This Christmas

Yes, the holidays are all about spending time with loved ones and celebrating the festive season. But what about Christmas Day after you’ve opened all your presents? If you get a new console or a brand new game, it’s the perfect time to get into the gaming community and start streaming. We spoke to Facebook Gaming pro Thinnd about his streaming community and how he thinks new streamers can get started.

What are your thoughts on the Game of the Year nominees? Are there any that new streamers should pick up?

So I played Smash Bros when it first came out. I bought a Switch just to play it. I think it’s an excellent game, the only place it’s lacking in is the crossplay functionality with your friends. Some people said it was quite buggy, but overall I think it’s very fun to play.

What’s the gaming star of 2019 that you’d put on your Christmas tree?

Oh boy, if I were to pick a battle royale for 2019, I think Apex Legends is still pretty decent. They’ve been slipping a little recently which is unfortunate but as far as a true battle royale you have Apex, you have PUBG, and you have Fortnite. Everyone’s hashed Fortnite to death, PUBG is two years old now, and if people want to try a battle royale experience and want it available on console and or PC I think that’s pretty good.

I think Star Wars did a phenomenal job and it’s been successful for everybody, so yeah that would be the one.

How did you get into streaming?

I got started streaming New Years day 2018 on a dare. And the game to stream back then was PUBG. I think I have about 3000 hours in the game, so that’s where my fanbase has built. I still play it from time to time but I think that most people see that now as a niche esports type of game. Most of that thunder has been stolen by the mobile version. After that, I tried Apex this year. Apex has done very well. It was very different trying a new battle royale, I wasn’t really a Fortnite guy. The reason I started on Facebook is I did multi-streaming so I would put my content out there – all my videos – I’d do it simultaneously. And Facebook was always the least toxic and it grew like twenty times faster.

If someone was looking to get into streaming, where should they start?

I think streaming has to do with you having enjoyment in the game. I think that’s most important. I think the second most important is accessibility. When I started PUBG it was fun for me, but it wasn’t accessible because back then it wasn’t on console and it wasn’t on mobile. It was tough in that aspect. But I think Call of Duty’s doing pretty well even if the community’s a little toxic. I think Star Wars and Pokemon are pretty decent; they’re family-friendly and it’s something I think a lot of people can relate to. If you’re going to stream a game I would either stream Call of Duty mobile if you’re on phone because you can stream from your phone or PUBG mobile because that’s pretty accessible. We need more casual, fun streamers. Right now it’s heavily dominated by people’s gameplay like, ‘Are they gonna be able to out-frag everybody?’ It’s too competitive. I think that would be the overall message, I think something refreshing and fun, something where everyone is learning and exploring – I think that sort of adventure is what the holidays are all about. I think that has more holiday spirit than screaming into a microphone.

And what if someone wanted to go pro – or just make a few bucks streaming games?

Starting a stream and growing your channel is incredibly tough because so many are giving it a try. Fortunately, Facebook Gaming makes it quite easy to build your own community via their Level Up Program and you can get started in literal minutes!

Let’s get festive again: what game of the year would you not like to get as a present?

What’s the lump coal I don’t want!? See, I think Fallout 76 is beyond coal-status; that’s dead already. I think it would be that new Tom Clancy game, Breakpoint or whatever. It looked awful; people didn’t enjoy that at all. It was that as well as Anthem: Anthem is the worst game of the year. I can’t believe people paid for that.

You’re awake on Christmas Eve and you find Santa in your house. His bag of toys contains only copies of Fallout 76, the 2015 game Hatred, and a refurbished Wii U. Santa has clearly become evil. Do you:

a) Dramatically switch on the lights shouting ‘J’accuse!’
b) Climb inside Santa’s toy sack until you’re in a position to steal his sleigh
c) Join forces with Evil Santa to spread mediocrity to gamers everywhere
d) Something else (please choose this option)

This does sound quite morbid, but if I were placed in this situation, I would attempt to oust this dictator, and destroy whatever rubbish he intended to distribute! Life is too short to play lousy games!

You don’t even need to ask Santa (villainous or not) if you want an easy way into starting your streaming community just – join Thinnd on Facebook Gaming this Christmas and you could find yourself going pro in no time. Or, even better, just having a jolly merry time.