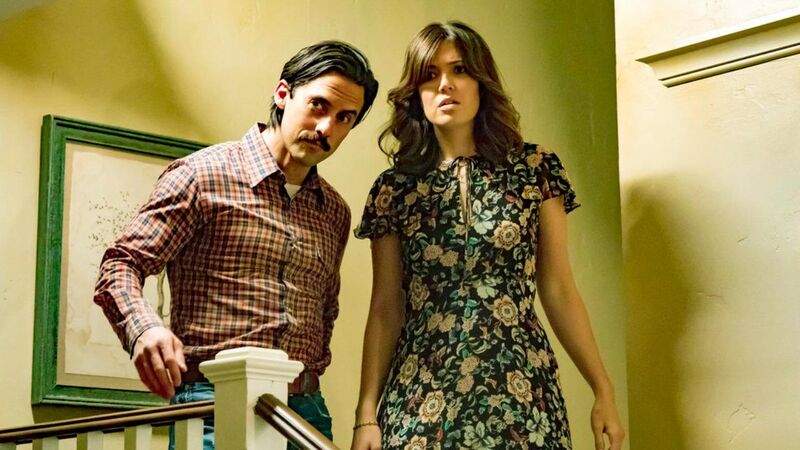 All the Times ‘This is Us’ Left Us Devastated

If you’re looking for a cool, cathartic cry then you know there’s no better show to watch than This is Us. A generation-spanning sob-a-palooza, This is Us has broken through as one of the greatest tearjerkers in the history of TV.

The story of Jack and Rebecca Pearson – played superbly in flashbacks by Milo Ventimiglia and Mandy Moore – and their three now-grown children is guaranteed to move you multiple times per episode. This is Us has perfected the art of the breaking viewers down to their vulnerable cores.

With the show now in Season 3 — you can catch up and watch new episodes and past seasons exclusively on Hulu — it’s time to look at the show’s most heart-wrenching moments.

After hours of complicated labor, Jack learns that one of Rebecca’s triplets was stillborn. Gerald McRaney’s Dr. K realizes that the frantic father isn’t processing the news clearly and takes the man aside, in all his confusion, and shares some of his own life’s tragedies. The recent death of his wife. The fact that his first child, five decades earlier, was also stillborn. And under pressing tears, Dr. K advises Jack to spin the tragedy into the best positive outcome available. Right out of the gate, this show was aiming straight for our heats with no mercy.

When the Pearson’s adopted son Randall – the impeccable Sterling K. Brown – suffers a nervous breakdown brought on by escalating anxiety and neurosis, brother Kevin – the wonderful Justin Hartley – immediately leaves the theater on the opening night of his play, without giving it a second thought, and runs to his brother’s office just so he can hold him in the midst of his emotional turmoil. If you didn’t cry after this, you’re a stone-cold monster.

When Randal lost his birth father, William, we LOST IT. Having just gotten to know William, barely, during a road trip, Randal comforted his dying father with a technique that his adoptive father Jack used to calm him down during bouts of anxiety – the gentle placement of hands on each side of the head. It was one of the most aggressively moving scenes the show’s ever done and we still haven’t full recovered.

“Katie-girl…I have a drinking problem.”

When Jack admits his alcoholism to daughter Kate in an attempt to come clean and earnestly face his demons head-on, it was a soul crusher. Ventimiglia’s loving, but broken, performance was everything in this brief scene where Jack finally had to reveal to his girl the darkness he’d been hiding from her. Never wanting his children to see him as anything but a strong and stable provider and patriarch.

“I just need somebody to help me.”

Pill-addicted Kevin’s brutal breakdown after losing Jack’s necklace, the only thing Kevin had from his late father, was a gut punch of epic proportions. Watching a man, the eldest sibling of The Big Three, crumble into a weeping mess after pleading to get the necklace back was another crushing wave amidst This is Us’ sea of devastation.

Paired with a flashback featuring Rebecca addressing her and Kate’s recurring issues with mother/daughter intimacy, and how it was her job as a mother, to be there with her arms wide open for Kate to fall into whenever she needed comfort and love, Rebecca visits Kate in the present, following Kate’s miscarriage, and envelopes her in an embrace that the two rarely share. It was textbook This is Us annihilation.

The scene everyone knew was coming did not disappoint in the creeping dread department. The infamous crockpot, gifted to the Pearsons by neighbors, would torch a home filled with warm memories and cause Jack’s untimely death. All set to The Cinematic Orchestra’s “To Build a Home.” Which is already unfair since that song will make you cry just appearing in a commercial for drain cleaner.

After Jack’s demise, the Pearsons visit his favorite tree to scatter his ashes. While we all scattered our tears. Rebecca tells Kate that her father’s death wasn’t her fault and then, after the children move off-screen, she whispers to the wind “We’re going to be okay, baby. I promise you, we’re going to be okay.” It’s a moment surely designed in a laboratory, by top scientists, to extract the most crying from unsuspecting TV watchers.

“We’re scared sometimes that we forget to do the thing that keeps us alive.”

Remember the face-cupping breathing technique that leveled us when William died? Well, that was passed down to Randall from Jack. And Jack, as we’d learn in Season 3, picked it up from Robinson in Vietnam after Robinson lost his foot. It’s like a nesting doll of ferocious feels that helps This is Us retain the title of World Heavyweight Champion of making fans bawl their brains out.