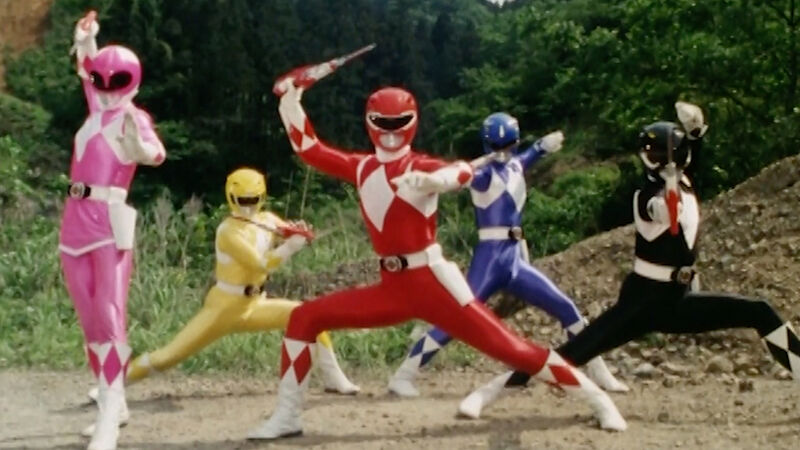 The wild and wonderful world of Tokusatsu — the iconic and ground-breaking Japanese entertainment genre known for its special effects, epic battles, and plenty of giant robots and monsters — will land on Pluto TV when Shout! Factory TV introduces the new 24/7 linear streaming channel TokuSHOUTsu on Tuesday, March 17 at 12 am PT / 3 am ET.

Launching with the (very) long-awaited U.S. debut of legendary cult classic Kamen Rider, along with Ultraman Leo, and Super Sentai — the show whose footage would lead to the Power Rangers phenomenon — TokuSHOUTsu will be available for free to Pluto TV’s 22+million monthly users as one of their ad-supported linear channels. Beyond that, Kamen Rider, Ultraman Leo and Super Sentai will be available to stream on demand on both Pluto TV and Shout! Factory TV.

Fandom had the chance to speak to both TokuSHOUTsu Channel Manager Ari Schonfeld and original Power Rangers star Jason Narvy, who’s learned a thing or two about tokusatsu and its fans through the years, about this new streaming endeavor.

“We’ve been kicking around the idea and thinking about where we can take Shout! Factory in the future,” Schonfeld said, about the genesis of TokuSHOUTsu. He noted that as much as Shout champions physical media, they needed to also respond to the current marketplace and “look at product properties we’ve worked with and had a lot of success with in a different light. That was the thought behind trying to do a streaming channel with a property we’ve had great success with – that being Super Sentai. But we wanted to do more, because we didn’t want to just do something that was completely Sentai.”

“We wanted to kind of expand that and make it more inclusive,” Schonfeld continued. “And that’s when the thought of doing something with all of tokusatsu kind of came about. Just the desire of doing something more than what we’ve done and just continuing to evolve as a company and as a brand, and as something that can deliver great content to fans.”

Narvy played Eugene “Skull” Skullovitch on the original Mighty Morphin’ Power Rangers, the famous U.S. series that incorporated footage from the 16th installment of  Super Sentai – a tradition that continues to this day between seasons of Super Sentai and Power Rangers.

As Narvy noted, while many may not recognize the term tokusatsu offhand, they probably do know examples of it without realizing it, Power Rangers included. As he explained, “Power Rangers was the first time that I was aware that I was [already] aware of tokusatsu. Everyone grew up with Godzilla. And that’s tokusatsu! But there were also these kind of fringe elements of things like Super Sentai that were out and about that would trickle into the States that we would only see pictures of. Or we’d see at swap meets – we’d see toys from it.” For example, “Ultraman toys were everywhere. You didn’t know quite what it was!”

“I think that it’s always been a part of my life,” Narvy added, of tokusatsu. “And I think that for anyone that loves sci-fi, there was a real glut in sci-fi. Obviously there was Star Wars, but really Star Wars was so phenomenal because there was nothing else like it, at least to the English speaking world. It was the moment that sci-fi stopped being cheesy, and it was of high quality for adults, but it was still simple stories that kids could relate to. Meanwhile, over in Japan, they’ve had sci-fi that was both for kids and adults since the ‘40s.”

“We’re starting off with the bulk of our Super Sentai library,” Schonfeld noted, discussing the TokuSHOUTsu lineup. “And then we’re also having Ultraman Leo to start, which is great. And, of course, the original Kamen Rider. And then we’re going to be bringing in new stuff in the coming months.”

Beyond that, “We’re going to have an original talk show, called Let’s Talk Toku with Squall Charlson, who’s fabulous,” Schonfeld shared. “He’s very knowledgeable on tokusatsu. I really like him just because he’s knowledgeable on the subject, but he talks to you like your close friend. It’s not like a teacher giving you a lecture or anything like that, it’s just like a buddy-buddy. It’s just easily digestible. And in the coming months, we’re going to be bringing in more properties as we acquire them, and more seasons from these shows. But that’s kind of one of the things we’re working on, just to keep the channel fresh.”

Kamen Rider, which follows the exploits of a masked, motorcycle-riding hero who fights the forces of evil, will be the first show to hit TokuSHOUTsu – at 3 am ET/12 am PT. It’s a series that Schonfeld is super proud to share, given it has famously never been distributed in the United States until now.

“We’ve got all 98 episodes, as far as the first season, so this is something that’s never been seen in the US, ever,” he told Fandom. “So I feel like even though some of the fans would like to have the physical [copies] right now, that they’ll be extremely happy. Especially with the way it looks, it looks fantastic. It’s kind of crazy that this is from 1971, because of the quality. It’s great. And the way they shot it, it’s really carried on. It doesn’t look stale. Of course, it’s dated because of a lot of the styles, but it’s still amazing. It’s a wonderful show. It’s incredibly put together to stand the test of time.” Schonfeld also said there is the possibility of a physical release for Kamen Rider down the line, though nothing is set yet.

So how would one describe the prevalent themes of tokusatsu? Is there a common thread drawing all these different shows and films together?

“The overall vibe is kind of being part of the environment,” Schonfeld remarked. “Like with climate change, and with everything going on with activism today, a lot of that was prevalent in the tokusatsu shows, where they discuss their footprint on society.”

Since Shout! Factory is the home of Mystery Science Theater 3000 and MST3K has notably covered some tokusatsu, could there be a possibility for some crossover here? “There will be some Mystery Science Theater on TokuSHOUTsu,” Schonfeld said. “As things are relevant for the channel, they’ll be included. So yeah, definitely, Mystery Science Theater is a part of Shout! and wherever it’s relevant, we try to include it because it is such a great property, and people of all ages, all genres, can enjoy it.”

Schonfeld promised more new content for TokuSHOUTsu in the coming months, along with the possibility of some big announcements he couldn’t speak about yet. “I don’t want to jinx anything!”

As for one notably famous toku character, Schonfeld said things are complicated by rights issues when it comes to Godzilla. “Criterion did a fabulous job with their collection and they do hold the rights to a lot of Godzilla films,” explained Schonfeld. “I won’t say that it’s impossible. There are a lot of Godzilla films and we’re looking at some. But Godzilla isn’t the only monster out there…”

TokuSHOUTsu launches on Pluto TV on Tuesday, March 17 at 12 am PT/3 am ET.

Below is a list of the premiere day lineup: