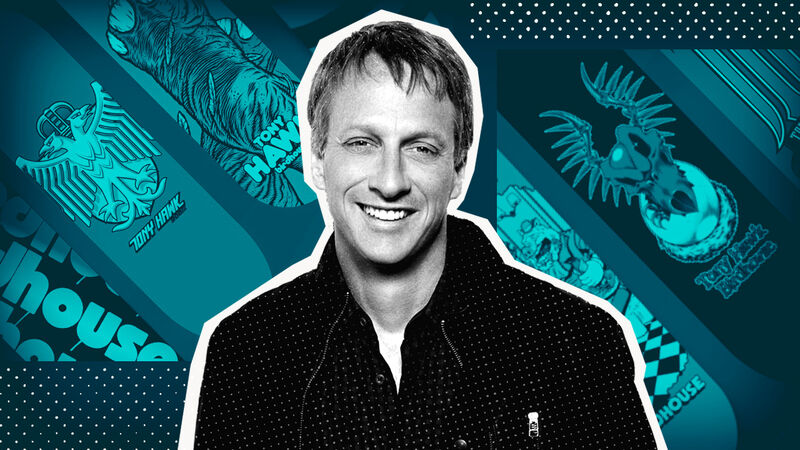 For anyone born in the ‘90s, Tony Hawk was pretty much the epitome of cool. While some Californian kids had been scooting around on skateboards since the early ‘50s, Anthony Frank Hawk was the person who really brought this street-dwelling sport ollie-ing into the mainstream.

Not only was good old Tony the first boarder to pull off the infamously difficult ‘900’ – a jaw-dropping aerial feat that sees the rider do 2 and half mid-air revolutions in one trick – more crucially, he managed to steer skateboarding right into everyone’s living room.

While we’re sure he sold a fair few skateboards in his time, we are, of course, talking about what he achieved with the legendary Tony Hawk’s Pro Skater (THPS) series. Not only were these multi-million selling video games a blast to play, but they boasted a killer soundtrack and despite being a licensed product, felt perfectly in tune with skate culture.

Whether you skated or not, if you owned a PlayStation, this was the game you stayed up playing bleary-eyed into the night. They quickly became beloved because these games weren’t cheap cash grabs — each disc oozed the kind of effortless noughties cool that all baggy-jean-wearing kids yearned for.

Now, almost two decades after he launched his first game, Tony Hawk is hoping to repeat that success with a brand new video game – Tony Hawk’s Skate Jam. Hoping to inspire a new generation, The Birdman has opted to leave consoles behind and launch his first ever mobile game.

With Skate Jam hitting iOs and Android today, we sat down with Tony and talked about his video game legacy, what went wrong with 2015’s Pro Skater 5, and the parallels between esports and skateboarding.

What made you want to get involved with Skate Jam in the first place?

TH: I was approached by Maple Media about us working together and knew that they had already made a skate game before. They already had a really good engine that they were upgrading significantly and asked if I wanted to get involved. When I played [their demo] I had the same feeling I had when I played the early version of (THPS). I thought, “This could be something really special with the right influence”.

I was excited to do a game on mobile too because obviously, we’d never done one before. I think that there’s a whole new generation of gamers that play on mobile and  probably didn’t even play my previous titles, so obviously to reach them all on their phone is something that I really never imagined would be possible.

If you grew up in the ‘90s and early 2000s, the Tony Hawk‘s Pro Skater series was pretty much synonymous with your childhood. Did you have an inkling at the time how huge that series would go on to become?

TH: I never imagined that these games would become such a huge part of my life, but when I was first approached to do [Pro Skater] I was excited because I felt like skating had been largely ignored by the video game industry. There had been a few semi-hits like 720 and Skate and Die but nothing had really captured the essence of skating and skate culture. So when I had the chance to [make a game] with Activision and Neversoft I jumped in head first and was very deeply involved, much in the same way I am with this new game.

As soon as I signed on [to Skate Jam] I was playing it incessantly and making suggestions.

Tony Hawk’s Pro Skater 5 wasn’t particularly well received. What lessons did you take from that experience when going into Skate Jam?

TH: The lesson I learned from [Pro Skater 5] was to be much more available and involved in the creation of the game. But the main lesson that I learned was that with the mobile game, we can update it as frequently as we need to. With the builds that I’m getting, I’m getting them every couple of days and that just wasn’t the case with doing a console game, especially in those later years because those downloads were just too big.

So, by the time that I got a chance to go and play [Pro Skater 5], the team had already updated it again. So now with Skate Jam, the advantage of having it on mobile is that it’s in realtime — I can see the progress, see the improvements every day. Updating the app, the gameplay, is very nimble — it all happens so quickly.

All of your previous games have been played with a traditional controller. What would you say to those who are unconvinced about playing an in-depth skating game on a touchscreen?

TH: I feel like the engine was very advantageous; the controls – even though they’re touchscreen – have all the control of direction, we still have all the tricks in there. And after a little bit of time getting used to it, it feels very similar to our previous titles and I was really excited at that prospect. The kind of combos I’ve been doing are pretty reminiscent of what I’ve been doing on previous games – linking tricks with manuals  and different grinds – stuff like that.

So, I feel like people are going to have a familiarity with that, but the idea that now, my game is something that you can keep in your pocket and is something that you can play internationally with other players, in tournaments and leaderboards and where you can gain experience points and equipment… all those things are elements we haven’t really explored in previous titles.

Unlike most gaming series, fans remember Pro Skater’s soundtrack just as vividly as the maps and gameplay itself. You were famously involved in choosing the bands for those games, did you have a hand in picking Skate Jam’s track selection, too?

TH: I was very much involved in picking the bands for Skate Jam’s soundtrack. It’s a smaller selection than previous games but just as diverse, and I’m proud of it. It definitely has some of my favourite tracks in there from bands like Cold Cave, Hanni  El Khatib, Honderas to name a few and some new punk stuff that’s going to be reminiscent of the soundtracks in the old games that people loved.

Video games have come along way since the original Pro Skater launched in 1999, how does it feel to have got what’s now a massive medium just as it was starting to find its feet?

TH: If you were to show me what we’re doing now on mobile back when PS1 came out I wouldn’t believe it! I wouldn’t believe that this kind of tech was even possible and the eventual mainstream acceptance and massive growth of video games is something that is beyond anyone’s imagination. I mean, the idea that now video games are bigger than the movie industry and people can make legitimate, lucrative livings by playing games and streaming them… it’s fascinating. I saw Ninja last night at an event and that guy’s a rockstar!

In that regard, gaming/esports and skating have both had a fairly similar trajectory. Both were seen as odd niches, yet have become so inescapably massive that they’ve stubbornly broken into the mainstream. What’s your take on esports/streaming games for a living?

TH: I think that esports/streaming very much parallels skateboarding in terms of people following their passion without caring about what the wider world thinks. These people are doing a relatively new activity and learning new tricks of their own without much mainstream appreciation and then suddenly people recognise gaming and esports and it’s thrust into the mainstream. Now you see these people making a living doing what they love and it’s not something they necessarily thought would be that lucrative. So yeah, I see lots of parallels between skating and esports, streamers are trying to create their own brand in the same way that we as pro skaters created our own brand of signature moves and styles.

What led you to break into video games in the first place?

TH: I  knew that I wanted to create something that I thought skaters would be inclined to play and that they’d appreciate, and for me the idea that a skater would be inspired to buy a game console, like a PS1, to play our game — that was the meter of success. Then when it started taking off and obviously [Activision] started talking about sequels, I knew we had something much bigger than I anticipated. That whole series changed my life and the idea that I’m still here and still known — and somewhat relevant — is largely because of the game series.

In terms of gameplay modes, do you think there’s enough in Skate Jam to keep fans of the original games happy?

TH: It has all the options you’d expect from a game that has my name on it. There are three modes: career mode, tournament mode and free skate. But in the online tournament mode there will be leaderboards each week, so you can get your name up there and earn better gear, earn reputation and I love that it’s something that you can do on the fly. Wherever you are — if you’re on the train, if you’re waiting in line getting coffee, it’s not something that takes a big involved process or timeframe to play. And I think that if you know how our other games work, you’ll have an advantage in how to do the tricks.

Despite being a hugely successful athlete in your own right, many people now remember you more for the video games. How does that feel as a pro skater?

TH: It’s incredible. The whole Pro Skater series changed my life in terms of my recognition factor and my opportunities and it’s a big reason that I’m still here. The fact that people are STILL asking for games at all, I’m hugely proud of that success and the idea that skateboarding has managed to permeate more mainstream culture a lot more because of the success of that series.

I am still skating every day, too. I’m proud to say that I’m 50 years old and still a professional skateboarder. My kids all skate too!