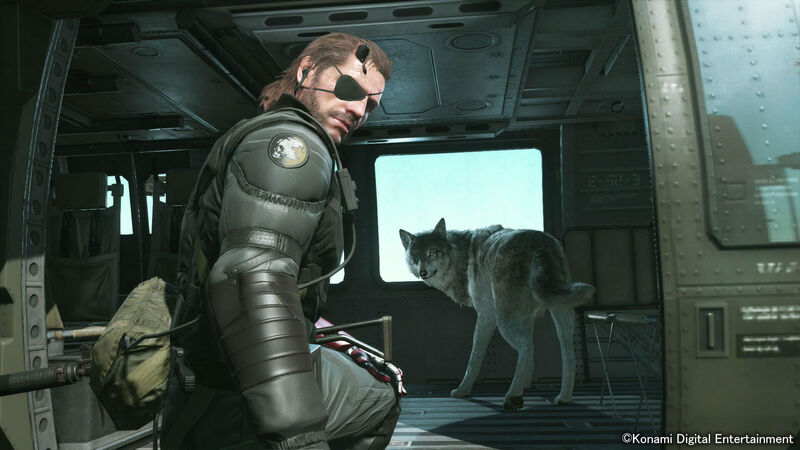 People refer to dogs as “man’s best friend” for a reason. Dogs love unconditionally, are always happy to see you, and are there by your side no matter what. Mankind’s bond with dogs goes back thousands of years, and in fact, our genomes may have evolved together. Dogs are the ultimate companion, so it’s no surprise that they occasionally play that role in video games, helping our heroes along their journey by finding or carrying items, or alerting us to trouble in the area. Sometimes, they even take center stage and become the stars of their own game. Last year we brought you a list of the best video game dogs of 2015. We thought it was time to update that list and expand it to include dogs from all eras. Without further ado, and in no particular order, here is a list of the best video game dogs of all time.

Animal Crossing encourages you to befriend all of the animal types that visit your village, including dogs. Your town is home to a variety of dogs, including Isabelle in Town Hall, Copper and Booker the police dogs, and Harriet who runs the Shampoodle hair salon. But none of these dogs even begin to get a sniff of the greatness that is K.K. Slider. This cool pooch shows up at a set time and location every week to entertain the townsfolk with his guitar and his signature howling vocals. He even takes requests, then gives you a bootleg of the recording to pop into your stereo back home. K.K. Slider is simply the coolest cat — er, dog around.

Dogmeat is about as loyal a canine companion as anyone could ask for. He’s been around since the original Fallout, and he can carry tons of junk you pick up while wandering around the wasteland. Heck, in Fallout 4 he can even break through advanced security measures and snag you the Cryolator way before you’re supposed to be able to get it!

He’s also about as fearless as they get. Wanna send him straight into a Super Mutant dual wielding Fat Men? With an eager “Woof!” and his can-do attitude, he’s on his way. What a trooper.

The adorable pups featured in the Nintendogs series are the closest thing on this list to actual dogs. You can feed them, groom them, pet them, teach them tricks, and even take them on a walk to the local pet shop. But beware, if you neglect your dog and don’t play the game for several days, they may decide to leave. Nintendo offered several different versions of the game, so you could pick your favorite breed of the world’s most high-maintenance version of a Tamagotchi.

When everyone first saw the trailer for Call of Duty: Ghosts, featuring Riley the military German Sheperd, the first question that came to many of our minds was if he would survive the entire game or not. In fact, a lot of the focus leading up to the launch of Ghosts was on the fate of the dog. Luckily, Riley made it through the single-player campaign alive (although he does take a bullet to his thigh), and proved to be a useful companion along the way. He could spot, distract, and even take down enemies on command, all features that Hideo Kojima and crew recreated for our next entry on the list…

DD, or Diamond Dog, is one of Venom Snake’s best companions in MGSV. You think he’d pale in comparison to the other buddy options, an armored horse, a heavily armed mini-Metal Gear, and an ultra-deadly super sniper, but you’d be wrong. Not only does DD sniff out enemies with his patented Dog Nose™, but you can give him a bodysuit and a knife which he’ll use to mercilessly dispatch Snake’s enemies. OK, maybe that’s a little macabre, but I’ll jam a piece of shrapnel into my brain if the puppy DD scenes aren’t some of the cutest moments of the game.

Rusty’s Real Deal Baseball was Nintendo’s first real foray into free-to-play gaming, and it stars the downtrodden Rusty Slugger. The former baseball great is now using his puppy dog eyes to sell people gear to play baseball, getting 3DS owners to haggle with him on the real world prices of addicting minigames. Rusty’s tales of marital strife make for a darkly funny plot to go along with buying tutorials for pitching and batting, and his Garfield-like looks endear you from the first moment you see him. Don’t worry Rusty, we’ll buy whatever you’re selling.

Undertale is packed to the brim with hilarious, lovable characters. Then there’s the Annoying Dog. A frequent thorn in everyone’s side, he’s always gumming up the works! A brief list of his mayhem (may contain spoilers):

This little scamp may be a pain when he darkens your doorstep, but at the end of the day, he’s more a beast of mischief rather than malice. And, hey… Dogsong usually plays when he shows up, so it’s not all bad.

PaRappa Rappa is the other big musical dog on this list. He starred in a series of rhythm games where he performed catchy tunes alongside an onion Kung Fu master, a Jamaican frog, and a moose driving instructor named after an Italian dictator. PaRappa was also a trendsetter and fashion icon, and he may have been the first to pioneer the look of combining blue jeans, a tank top, and a woven cap. “You gotta believe” PaRappa belongs on this list!

Not all the best dogs are flesh and blood. Some are built by scientists to help free the world from evil cyborgs, as is the case for Rush. Introduced in Mega Man 3, Rush is a constant companion, transforming into a jet, coil, or underwater vessel to help Mega Man reach his goal. And he’s so loyal he’ll even follow Mega Man into fighting games like Marvel Vs. Capcom and Super Smash Bros. Wii U. When a dog is ready to cross corporate boundaries, that’s true dedication.

This canine gumshoe originally debuted in a 1987 comic series alongside his hyperactive hare of a partner, Max. Though it was the 1993 video game, Sam & Max Hit the Road, that put him on the map. Dressed in his signature suit and fedora, Sam is your prototypical detective-type. He is also a walking encyclopedia that calls on his knowledge to help solve cases. Sam is the more mild-mannered of the two partners. Just don’t get him angry — by, say, messing with his beloved DeSoto Adventurer — as Sam is known to have a bit of a temper, and won’t hesitate to pull his .44 revolver if he’s been pushed too far. Down, boy!

The laughing dog from the classic Nintendo light gun game Duck Hunt makes this list not because he is a particularly great dog. In fact, he is sort of terrible at his job. While he may help flush out ducks, he also sticks around and makes it a point to laugh at you when you miss and let the flying foul get away. Worst. Hunting Dog. Ever.