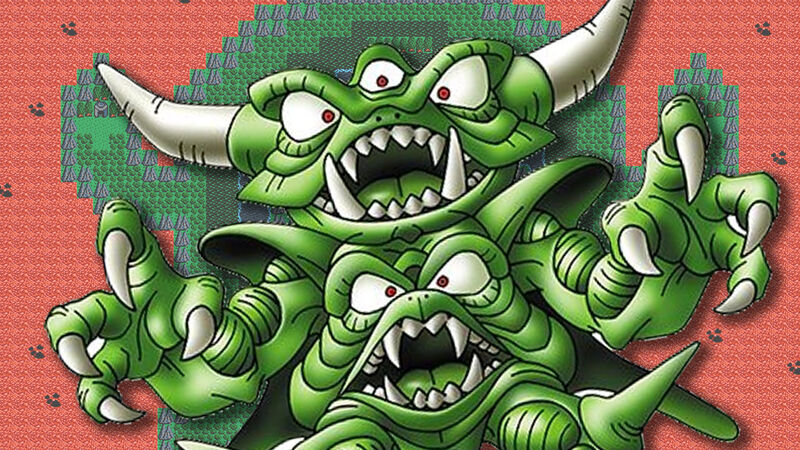 Boss fights are notable in video games for being a major challenge. They test the player to see how skilled they are or how strong they’ve beefed up the characters they are playing as.

Whether they are final bosses, mini bosses, or mid-game bosses, boss fights in JRPGs can be both scary and thrilling. Now, here are nine of the most challenging JRPG boss fights ever.

Neo Exdeath is not only the final boss of one of the most underrated Final Fantasy games, but also the ultimate form of the main antagonist, Exdeath. When Exdeath is first defeated in his tree form and consumed by the destructive entity known as The Void, Neo Exdeath emerges as a four-headed chimera: the front is a horned humanoid, the top consists of red canine creatures, the middle is a grinning horned skull, and the back resembles two skeletons.

There are a few ways to beat this boss, but the main thing that each strategy has in common is taking out each section one at a time. If your characters are underleveled, it’s time to buff them like crazy using a character who has the Chemist class. Using a Hi-Potion and a Dragon Fang, the Chemist can cast Dragon Power on a character to raise their level twenty-fold. It also helps to summon the magical being Odin via the Magic Lamp so he can one-hit KO the back portion. For the rest, have one character use summons and the Duelcast ability and another character use the Mime ability right after.

As his name implies, Chrono Trigger‘s alien parasite antagonist is volcanic in more ways than one. Even though you do fight Lavos earlier in the game, his final boss fight shows him to be much stronger, and his strength depends on how you decide to fight him. You can either use your time-traveling ship, the Epoch, to go to the year 1999 A.D., or you can reach Lavos through a bucket of water.

For those who want a challenge, going to Lavos via the bucket of water allows you to fight a first version of Lavos that takes the form of every boss you fought in the game so far. Whether you battle this form or skip it by taking the Epoch, you will still have to fight two more forms afterwards. The next form is the shell, which consists of a torso and two arms. Destroying one arm allows the torso to be vulnerable. Once you’ve beaten the shell, you face Lavos last form consisting of two pods and the center core. It is recommended that you destroy both pods at the same time, so one pod doesn’t heal the other. Only then can you go all out against the center core and defeat Lavos once and for all.

Speaking of transforming bosses, Dragon Quest IV‘s Psaro is another doozy of a final boss. Once a human who loved a woman name Rose, he becomes a monster after Rose’s death drives him insane. Once Psaro loses his humanity, he appears as the final boss to the player in the evil underworld known as Nadiria, and comes with a whopping seven forms.

With his first form, he will act twice each turn and use a “desperation attack” that can one-hit KO a party member. His second form is more of the same, except he can only attack with one arm. By his third form, he starts becoming a pain by switching to spells to buff his defense, do major health damage, and one-hit KO you. His fourth form is probably the most annoying because he casts “Disruption Wave” to remove your party’s buffs and breath attacks. At this point, he has no head and you’re basically fighting a green stomach. His fifth and sixth forms see him growing various new limbs. By his final form, he has a new head and arms and uses all of the aforementioned strategies to try and defeat you.

While the origins of Radiant Historia‘s final boss can’t be discussed without spoiling the story, its reveal might not be surprising to JRPG veterans. Nonetheless, it manages to pose quite a threat to the game’s protagonist Stocke and his party of heroic fighters. Resembling a corrupted, ancient, and futuristic bird, Apocrypha has three forms that the player must battle and defeat in order to save the world.

During the first form, Apocrypha will use a powerful fire attack to cause massive damage and restricts the characters’ ability to use items. The next form inflicts status effects that cause one or all party members to fall asleep, turn to stone, or both. When it comes to the final form, it can use Dark Matter followed by Aftermath which can instantly wipe out your entire party. In order to beat this boss, you must get creative and chain the largest number of combos possible while guarding from time to time and keeping your party healed and free from status effects.

Tigris Cantus (The World Ends With You)

Tigris Cantus is the cheetah-like Noise monster form of Konishi, an officer of the Reapers, in The World Ends With You. When Konishi finally decides to fight during Week 3 of the Reaper’s Game, she is gleefully looking forward to Neku and Beat’s imminent demise after delivering a shocking revelation to Beat and stealing his precious pin. Neku and Beat must work together to retrieve the pin and defeat Konishi for good.

While this battle differs depending on which version of the game you play, the main thing that they all have in common is that it consists of four phases. In –Solo Remix-, Tigris Cantus can’t be damaged in the first phase until you defeat the grey Taboo Noise by sending them into a small pit.  Next, Tigris Cantus and a shadow version of herself will appear and try to fool the player.

Out of all the phases, the third one is the trickiest because Neku can only attack with Beat’s partner pin and do so while standing on Tigris Cantus’ shadow. If he isn’t doing so, shadow versions will emerge and attack Neku. Once you enter the final phase, you can attack with Beat as well as the pin you’ve managed to steal back.

This particular boss is found in Halloween Town in Kingdom Hearts 358/2 Days, and looks like a cross between an old coffin and a thorny tentacled spider. One of Roxas’s missions is to take out this Heartless since it is disturbing Halloween Town and devouring smaller Heartless. If you’re used to reaction commands and the flashier attacks from the Kingdom Hearts console games, then you’ll definitely find this boss to be a bit frustrating.

In order to battle this boss, Roxas must first attack four thorny tentacle claws scattered around the boss fight area. While it is possible to beat them by attacking directly, Roxas risks being grabbed by the tentacles, swallowed up by the Leechgrave’s main body, and then spat back out. You must also be careful to avoid its “Pollen Shots” and poisonous gas that the main body will spew out.

Instead, it is best to keep your distance and hit the tentacles with Fire spells and be ready to dodge when the tentacles are poised to grab Roxas. Once the tentacle claws are beaten, Roxas can attack the main body.

If you thought a tentacled coffin boss was difficult, then this next boss will drive you batty. The very first Ys game features a boss fight in the form of a giant bat creature named Vagullion that will attack Adol, the hero of the game. Vagullion is found in the mines in the village of Rastin.

Although you’d think a giant bat creature would be easy to fight, this boss can be annoying due to the fact that it will constantly swarm you in the form of several smaller bats and only be vulnerable when it reforms. Of course, it will swarm you again if you aren’t close enough to attack it.

As such, this boss requires quite a bit of patience to defeat. All you can do is have Adol run around to dodge the swarm but still stay close enough to hit it once it becomes a giant bat again.

One of the most interesting aspects of the Etrian Odyssey series is their use of mini bosses and regular bosses. The mini bosses are known as FOEs and are scattered throughout each floor of the dungeon you are currently exploring. You can either watch their movement pattern and try to avoid them, lure them into the path of a trap, or face them head on.

In the case of the Blue Glaucus, it is a FOE found on the final floor you must traverse in the game. Don’t let its pretty appearance fool you, because battling this can be a drag.  It will fully heals itself on every even numbered turn unless you hit it with an attack that has the leg bind status effect. It can also use an ability that hits three-to-five of your party members and lower their accuracy. Battling one of these FOES is already a challenge, but things can get dicey if one or two more decide to join in.

Kingdom Hearts 3D: Dream Drop Distance showed that even if you do have flashy attacks, you have to be able to use them together with your basic skillset in order to defeat certain foes. No boss made this more clear than the Anti Black Coat Nightmare, a being in a hooded black coat with only red circular eyes visible. It serves as the embodiment of a dark nightmare, trapping Sora, one of the game’s protagonists.

Playing as the game’s other protagonist Riku, you must defeat this boss in order to free Sora from the clutches of his nightmare. However, this is easier said than done, especially since this boss has a move that will hurl you into the air and drain your HP down to one point. Unless you either dodge it, react quickly with a healing spell, or gather your remaining HP that has been scattered as orbs, the Anti Black Coat can swiftly finish you off and give you an instant game-over.

By continually dodging its attacks and mostly attacking this boss from a distance with spells, you can slowly whittle down its HP. You can also use Riku’s Flow Motion ability to deliver swift close-up blows that will also allow you to quickly retreat when needed. Whatever you decide to do, pray that you do not lose to the bosses that follow this one. Since you can’t save after beating this boss, losing to the boss battles that happen after this means facing the Anti Black Coat again, and there’s nothing scarier than that!