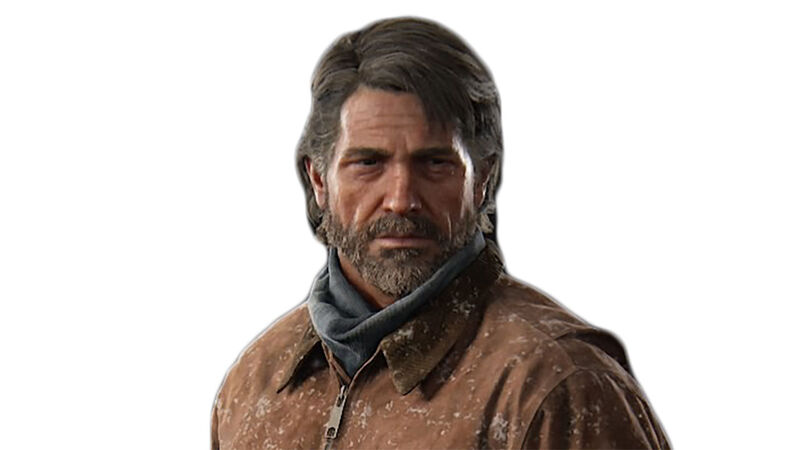 Actor Troy Baker doesn’t just portray Joel in The Last of Us and its recently-released sequel, he’s also a personal fan of the series. And while it’s been said there likely won’t be any DLC released for The Last of Us Part II, Baker told us about some of his preferences if they did so in a recent episode of our Q&A series, Hey, Fandom!

“I would love to see Tommy DLC,” he said. “I want to see Owen DLC, and I want to see Manny DLC. Actually, Yara and Lev DLC! Every character that is in this game, I want to know more about.”

Despite spending months of his life working on The Last of Us Part II, and pouring himself into the character, Baker’s still able to immerse himself in the dark, post-apocalyptic world of series and enjoy its nuances purely as a gamer.

Troy’s not alone. Millions of fans have spent the last few weeks playing through The Last of Us II and getting into some pretty deep conversations about what’s sure to become one of the year’s most divisive and talked-about titles. Baker told us that, while gratifying post-release, it’s important for himself and the Last of Us creative team to put these kinds of considerations aside during the actual development process.

“We knew that it was going to be a very polarizing game,” Baker said. “We know that some people were gonna love it, some people were gonna hate it. The gratifying thing is seeing that this story resonated with people. More than anything, that’s what we wanted. [Creative director] Neil [Druckmann] posted, we love and respect our fans, but love and respect does not equal pandering. There’s a story that exists outside of the one that we want to tell, and it’s a story that must be told.”

Now that the game is in stores, for Baker, watching these conversations unfold remains a favorite part of the entire process.

“One of the things I’ve loved enjoying is seeing that sparked-up discussion, of people wrestling with this game,” Baker told us. “We’ve got some incredibly iconic characters in this industry. But the way people feel about Joel and Ellie and this world specifically is that they’re rabid fans. So that’s been the best thing, is for me to see people’s reaction to this game and the discourse that has sparked up in its wake.”

In particular, a number of fans have called attention to not only the amount of violence in The Last of Us Part II, but also its unsparing brutality. While this is undeniably true on one level, Baker was also quick to point out that a player’s individual experience of the game really does largely depend on their chosen strategy.

“For all the people who have said, it’s so brutal and it’s so violent,” Baker added, “If you choose for it to be. You don’t have to. Any compulsion that you feel to inflict violence, by and large, 80%, the game lets you just skip if you don’t want to do it…  It in no way glorifies violence. If anything, it definitely villainizes violence.”

Baker also had thoughts on one of the lightning rod Last of Us Part II subjects: the character of Abby, played by voice actress Laura Bailey. Some fans have taken issue with Abby’s attitude and design, but for Baker, they all fit perfectly into the fictional universe of the franchise.

“If you were this ruthless survivor in this world, you would get jacked,” Baker observed. “That’s the only way you are gonna survive, if you are fighting Infected all day. The transformation that takes place in Abby is so reflective of someone who is driven by passion and obsession. Abby turns herself into a machine and that is why she looks that way. She was modeled after a CrossFit trainer who is stronger than three of me combined. Everything about Abby makes incredible sense.”

But Baker’s career isn’t defined by tragic, rugged, Pearl Jam-loving outbreak survivors alone. He’s made recent appearances in a vast array of games, including Mortal Kombat 11, Death Stranding, Fortnite, and even the hotly-anticipated Marvel’s Avengers. And as if all that wasn’t enough, he’s now spent the better part of the decade voicing the LEGO incarnation of Batman. “Sometimes I let [LEGO Batman Movie star] Will Arnett take it over,” Baker joked. “I’m just too busy.”

Though he’s now voiced Bats in a string of films and games stretching back nearly a decade, it all started with a single, seemingly-unassuming assignment: 2012’s LEGO Batman 2: DC Super Heroes.

“We recorded this LEGO animated movie and then they realized, wait a minute, the LEGO games are always kind of parodies of movies,” Baker remembered. “Indiana Jones, Star Wars, all of that. We got to put out a movie first. So they took the scenes from the game and put that out as a movie, and then they released the game. So I got to originate what LEGO Batman sounded like. Because before, all the games had been just emotive grunts. So I thought ‘This is cool, I got to give it a voice.’ Thought that was it. That was like 10 years ago.”

Most recently, Baker donned the animated cowl for the animated feature LEGO DC: Shazam! Magic and Monsters, which he praised for its tongue-in-cheek sense of humor.

“They’re so sharply written,” Baker said. “It reminds me of the cartoons that I watched growing up as a kid… The beauty of being LEGO Batman is finding out that I’m the first Batman that [young] people get to hear. It’s great for me, because that’s a huge honor, and it’s great for them. They haven’t heard Kevin Conroy yet! Just wait. It gets a lot better. It gets a little worse with George Clooney, but it gets a lot better with everyone else.”

Before letting your very special guest go, as often happens during a Q&A session, fans wanted to know how Troy first broke into the business. It turns out, he had a very unconventional entry into the industry.

“I started off as a musician,” Baker noted. “One day, when we were making a record, I went down the hall and they just happened to be making car commercials. And I just popped my head in the door, and happened to be what they needed at that exact same time.”

While that tidbit may not be super-helpful for young aspirants, Baker did have some more directly applicable advice. And not just for potential voice actors, but anyone with big dreams.

“Everybody has a different path but the one commonality is, at some point, we all had to be brave enough to fail,” Baker said. “We all had to grab ourselves and have that compunction and the drive to be able to go, ‘I may really screw this up but if nothing else, I’m going to give it everything that I’ve got.’ That’s what moves a character forward is someone going, ‘I want to make the brave choice. It could be wrong but I want to do this.’

Check out our full Hey, Fandom! chat with Troy Baker below!