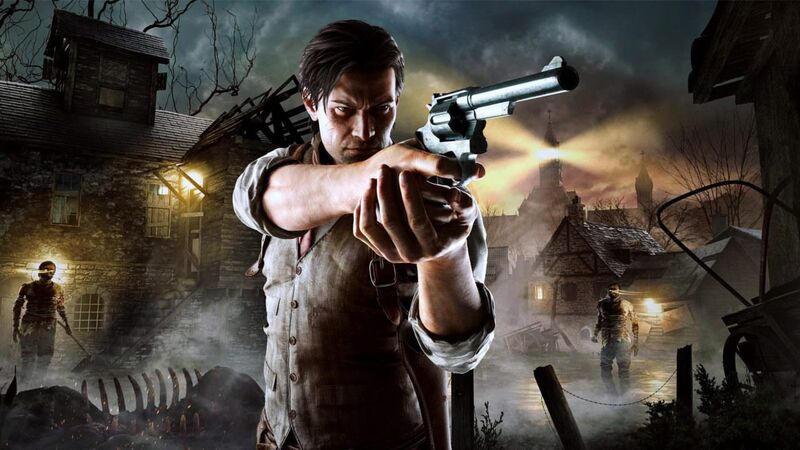 This is the time of year when we consider the things that matter to us most. Even in times of turmoil and uncertainty, Thanksgiving is the perfect time to think about the things we’re thankful for. So, here are 10 underappreciated video games that deserve way more love and attention. No judgments here, only love.

In the early 2010s, JRPGs were on the decline. The Final Fantasy XIII games were divisive at best, and gamers had grown bored with the genre’s stagnating mechanics and played out storylines.

Inspired by older Final Fantasy titles, Bravely Default features one of the most compelling job systems ever crafted. It began the trend of JRGPs implementing quality of life features, such as an adjustable encounter rate and the ability to chain battles for boosted experience and money. In many ways, Bravely Default is the purification of the JRPG genre down to its best and most interesting elements.

I personally hold Bravely Default in the same place in my heart as older gamers keep the first few Final Fantasy titles. While BD does have its problems, such as the story becoming a bit repetitive, the memorable characters and commitment to a creative story more than make up for it. The twist at the end and the implications of it are so intense and unexpected that I tear up every time I think about it. I’m thankful for Bravely Default for reanimating the JRPG genre and for being such a deeply moving experience.

The Legacy of Goku trilogy is a series of top-down action RPGs for the GBA, but Dragon Ball Z The Legacy of Goku II is the strongest of the three. The game expanded the gameplay from Legacy of Goku I into a proper open world so you can fly all around the Earth of Dragon Ball as all your favorite fighters. You can be Goku, Gohan, Trunks, Piccolo, Vegeta or the secret joke character, Hercule. With your heroes, you play out the events of the Android and Cell Sagas anime.

The Legacy of Goku has decent gameplay and plenty of side content. It also looks great thanks to being a 16-bit rendition of Akira Toriyama‘s art style, making it look a lot like Chrono Trigger. The games even adapt Bruce Faulconer‘s score for the English dub. As a kid, this was the best way to play out the Dragon Ball Z stories I watched on Toonami. Today, Legacy of Goku II is a glorious splash of nostalgia.

El Shaddai: Ascension of the Metatron

I know that financing El Shaddai: Ascension of the Metatron wasn’t the smartest idea from a business standpoint, but I don’t care. This gorgeous adventure through an anime interpretation of the Dead Seas Scrolls is a wonderful oddity that was doomed from the start. This striking action game was too beautiful for this world.

El Shaddai is an under-appreciated gem that mixes 2D and 3D action with cel-shaded graphics that become starkly different each level. The story of Enoch the angel teaming up with Lucifer to battle renegade angels makes close to no sense, but it’s campy fun nonetheless. El Shaddai is the game equivalent of making an arthouse film with the budget of a Transformers movie, and few consumers found it all that appealing. Still, even if El Shaddai‘s publisher would close soon after the game’s release, I’m glad the world got to experience its weirdness.

Ultimately, The Evil Within fell on the sword of high expectations. In essence, this 2014 survival horror game exists as the spiritual sequel to Resident Evil 4: a high bar to clear if there ever was one.

Coming from the same director as that Capcom classic, it carries some major flaws. Mostly, it’s a bit too eager to kill you with one-shot attacks, making some parts a tedious exercise in trial and error. But when The Evil Within gets good, it gets really good. It shines with the same great gunplay of RE4, but with even more of a resource scarcity in play. When every last bullet counts, overcoming an enemy encounter by the skin of your teeth feels exhilarating in a way very few games do. Definitely give this one a try if you’re willing to suffer through a few painful chapters.

Street Fighter EX Plus a

Despite debuting back in 1997 to solid reviews, for whatever reason the Street Fighter community has since maligned the PlayStation version of SF’s first foray into 3D as one of the worst home console games in the series. Depending on who you ask, this sentiment seems to come from either the game’s lack of depth, low production values, or super technical reasons having to do with hitboxes and frame rates.

Granted, this game does have a looser feel than other Street Fighter games, but that’s part of its charm. This could be due to the fact that Capcom developed the series in partnership with Arika, rather than keeping it entirely in-house. While it certainly hasn’t aged well, at the time there was a big “wow” factor in seeing all your favorite Street Fighter characters rendered in 3D. And while the ending CG cutscenes seem hilariously archaic by today’s standards, at the time they were a great reward for having played through the game.

Street Fighter EX Plus α does have some notable qualities nobody can take away from it. It features a killer soundtrack and boasts one of the largest rosters in an SF game. This includes exclusive characters that are only playable in the EX games, such as series favorite Skullomania.

As consoles began to strongly emphasize their graphics capability, the Mega Man series had to change its style to accommodate. While this worked for the Mega Man X series on the Super Nintendo, the regular Mega Man games didn’t fare quite as well. Mega Man 7’s art style looked chunky and clunky. However, that would pale in comparison to the series’s full-on dive into cartoon territory with Mega Man 8.

Not only would the art style be divisive, but there was also the addition of animated cutscenes — with comically awful American voiceover that includes actors stumbling over their lines — and separating the robot masters into two sets of four instead of letting you select any of the eight you wanted.

The game is, in a word, lovable. The bubbly music isn’t up to snuff with the rest of the series but it’s deceptively pleasant. The robot masters are all delightfully fun and make for some enjoyable boss battles. The flow of the game is smooth and the aesthetic is hypnotically cheerful. This game leaned heavily into the more childish elements of the series. It makes for an airy but charming experience. It’s not one of the best in the series by a long shot, but this unappreciated gem is definitely one of my favorites.

One of the most notoriously bad NES games ever made is actually kind of great. Bandai’s Dr. Jekyll and Mr. Hyde is terrible and riddled with gameplay issues, but with the right mindset and sense of humor, the game is actually pretty hilarious. There’s nothing wrong with laughing at something so incompetent and bad.

You play as Dr. Jekyll and time is running short. The Mr. Hyde serum flows through your veins like nitroglycerin and after you take enough hits, Hyde erupts. You go from the nice and pleasant world of normal 1800s England to a dark and monster-filled realm of nightmares in a flash. The only problem lies in the game’s terrible mechanics and design.

Dr. Jekyll and Mr. Hyde is unplayable with a regular NES controller, but bust out a Nintendo Max and it’s a whole different experience. Rapid fire is a must, especially when you become Hyde, and without it, the game is a frustrating mess of failure. Bandai may have made a game most hardcore NES kids hate. But, it more than deserves a second chance with some holiday cheer and the right gear.

Konami’s Castlevania games are a legendary part of gaming history. Castlevania: Symphony of the Night is considered by many to be one of the best platformers ever. Perhaps even the best game of all time. These action-packed platformers usually feature groundbreaking graphics, well-designed gameplay, and high replay value. Castlevania 64 has almost none of these things, but it’s still special to me.

Castlevania on the Nintendo 64 was trying to take full advantage of the system’s capabilities. The previous games had been side-scrollers, so having a three-dimensional platformer seemed revolutionary. Instead, the game is varying shades of gray blocks with difficult controls and obnoxiously challenging puzzles.

This game is ridiculously hard, and not entirely on purpose. One segment where you have to walk through a clock’s gears, carrying nitroglycerin, with no jumping, still gives me cold sweats to this day. The thing is, my adolescent self thought this game was the best thing since TRL. Here was an action-adventure game I could get into. It featured vampires, I could play as a girl with psychic powers, and it was on one of the hottest new systems.

Sure, aside from nostalgia, this game is hard to go back and play for too long. It becomes frustrating rather quickly, but there’s still a kind of pleasure in playing Castlevania 64 and remembering when it was innovative technology.

X-COM: Terror from the Deep

This sequel to the transcendent X-COM: UFO Defense, X-COM: Terror from the Deep didn’t push the envelope in terms of advancements. It didn’t have to. But even in 1995, audiences hated a sequel that didn’t feature massive changes.

What Terror from the Deep does feature is longer missions, increased difficulty, and an awesome underwater setting. It’s a glorious game that’ll cause the player to rip their hair out but with a smile on their face. This is a series that has stood the test of time. It actually suffers from too much tampering. This sequel is sublime.

Whoever thought that the Three Stooges would make a good video game was probably out of their gourd. The property was way past its prime by then and it would seem like there is little basis to make a game out of these characters. The result is a game that’s made up of mini-games that you play to collect money to save an orphanage.

The game is notoriously difficult and crummy to look at. But, I sunk plenty of hours into this as a kid. The mini-game idea was one I’d never experienced before, and it helped form my love of the sub-genre which lead to me becoming a fan of such games as the Mario Party series and Bishi Bashi Special.

The Three Stooges isn’t a misunderstood masterpiece but it’s not a train wreck. Some mini-games are better (or easier) than others, but they all manage to be fun in their own right. It may take a few times to get used to it, but it slowly becomes a guilty pleasure over time. Or it’s fun to make someone else play and watch them get increasingly frustrated.