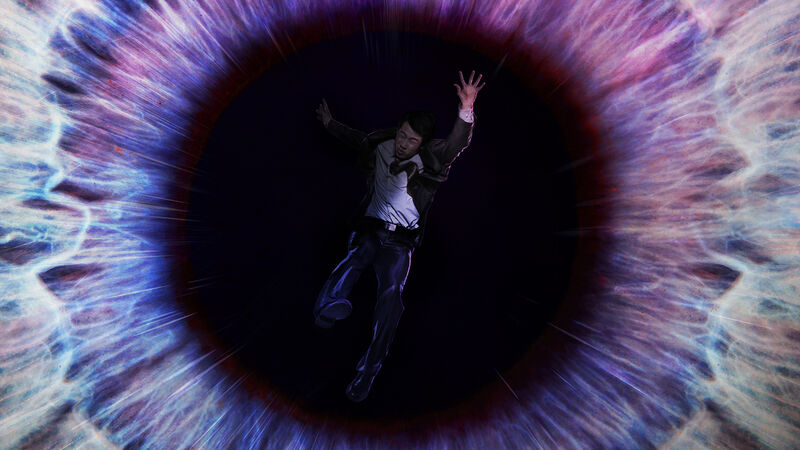 ‘Two Sentence Horror Stories’ Wants to Burrow Under Your Skin

Horror has, over the years, shifted from being influenced by ancient myths to urban legends to, now, online fanfic as The CW premieres the new anthology series Two Sentence Horror Stories.

Inspired by the viral phenomenon in which participants attempted to freak each other out by crafting cunning horror narratives using only a few words, Two Sentence Horror Stories, created by Vera Miao (Best Friends Forever), digs in its heels this Thursday with two back-to-back 30-minute episodes.

THE SEEN AND THE UNSEEN

With each episode delivering its own sinister stand-alone story, Miao explained to Fandom that the series – much like the meme itself – goes for cerebral scares over pure gore. “For me, as a horror filmmaker, I’m more inspired by the psychological side of the spectrum anyhow,” she said. “I find that to be a limitless pool of dread.”

When it came to figuring out how far things could go on the series, Miao explained, “This was a process of negotiation. Because it’s not just gore, really, right? There are just concepts and images and situations and scenarios that the network had to take risks with. My intention though is to never do anything that feels gratuitous. The stories that continue to stay in my head are emotional and dread-filled and less visceral and gory. Like Rosemary’s Baby, for example. One of the core tenants of the show is what you can’t see is scarier than what you can see.”

Given the anthology format, the merciless morsels created by Two Sentence Horror Stories easily — and purposefully — evoke The Twilight Zone.

“That series is a classic and for me I really wanted to use ideas to provoke and unsettle, more so than to repulse or terrify,” said Miao. “There are different types of terror, like the kind where something burrows under your skin and you can’t let it go. The two sentence structure was our guiding light. It felt very old school. They felt very ‘sitting around a campfire and telling spooky stories to each other.’ There’s a classic vibe to them. But they came about through modern technology and social media. So that was my takeaway – that mix. So I’d say to my writers, and myself as a writer and creator, ‘Let’s lean into conventions and get into the familiar.’

“For example, we’re gonna do a home invasion story and a doll story because we know what those look like,” she continued. “We know what we love about them and we know what needs to happen in that space to make us happy. Then we look for ways to find something new. That was the challenge.”

“The Twilight Zone was extremely restrained yet it endures however many decades later. I can still remember, from when I was a kid, the episodes that I can’t get out of my head. I’m really inspired by that type of enduring imprint. If I can do that for people, well – that’s everything.”

THE TWIST OF THE KNIFE

The tales told in Two Sentence Horror Stories are original ones, not based on any actual entries from the internet grab bag.  “The old ones gave us a template for how every episode, every story, rolled out,” Miao explained.

“The two sentence horror story structure is very clear,” she added. “The first sentence is the set up and then the second sentence is the twist, or the reveal. And that became our frame. So we’d set up a story using a lot of the conventions of horror that people are familiar with and then we’d try our hardest to refresh that convention by subverting it. That was the template for even when we didn’t have two sentences in place when we started a story. It was the DNA. They have that twist of the knife that turns what you know upside down. Sometimes there are multiple twists and turns.”

With the episodes being short — running about 22 minutes before commercials — and needing to convey complex stories, there was no room for wasted movement. As Miao put it, “It’s been a really interesting process as a filmmaker to make sure that none of these have any fat but in the end the dish still tastes really rich. It became this process of making it really lean and dense. Truthfully, I’d love to make these stories in longer form as well. I think there’s enough there to justify that. That would be a rewarding experience as well. But the shorter format definitely teaches you a certain set of filmmaker skills while also fitting in with the succinctness of the two sentence wave.”