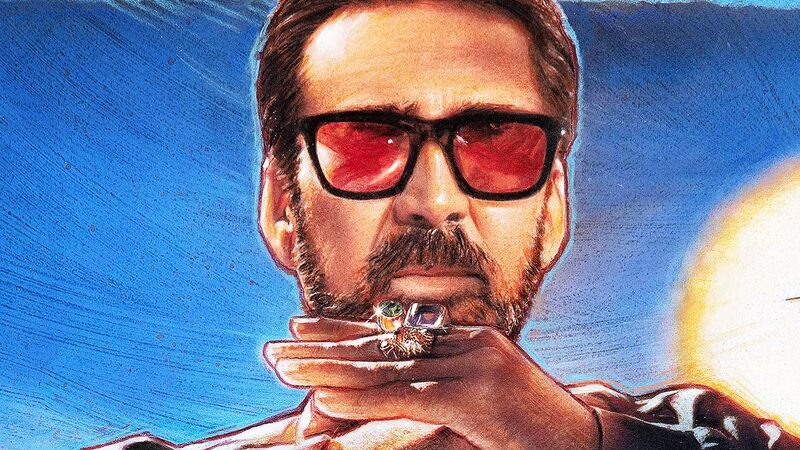 Nicolas Cage returns to movie theaters soon in what arguably is the role he’s been preparing for throughout his entire life and career — Nick Cage — and we’ve got the new poster to prove it.

In The Unbearable Weight of Massive Talent, Cage starts as a fictionalized version of himself, who is down on his luck and in need of money, which leads him to accept a million dollar offer to attend the birthday of a superfan (The Mandalorian‘s Pedro Pascal) who turns out to be on the CIA’s most-wanted list.

Fandom has the exclusive debut of the final poster for The Unbearable Weight of Massive Talent, which you can check out below. The art spotlights Cage, Pascal, and their costars, Neil Patrick Harris, Ike Barinholtz, and Tiffany Haddish.

The poster art was done by legendary artist Steve Chorney, who has created a ton of memorable posters for major titles and franchises going back decades, including Who Framed Roger Rabbit, Labyrinth, Mission: Impossible – Rogue Nation, Deadpool 2 and many more. Chorney’s Unbearable Weight poster was inspired by the key art for movies like Big Trouble in Little China, Cannonball Run, and Once Upon a Time in Hollywood – the latter of which Chorney also illustrated.