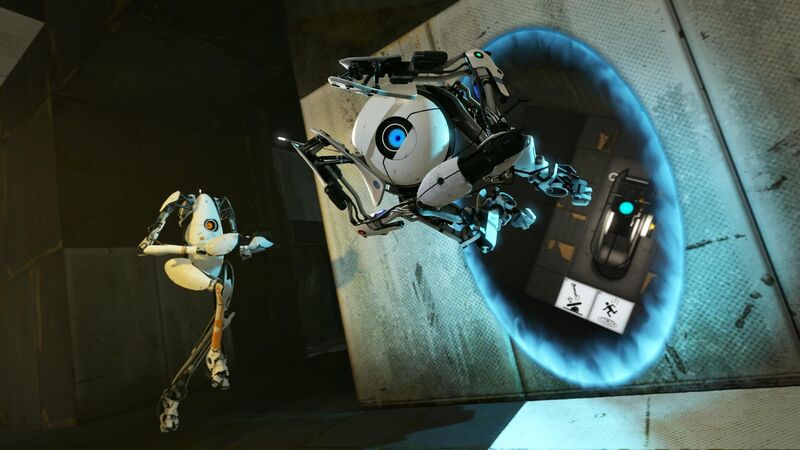 20 Years of Valve: Looking Back at Its Long History

It’s not unusual for anniversaries to make gamers like myself feel old and this one is no exception. The gaming giant and owners of the top PC game storefront, Valve, turned 20 years old on August 24. It’s a milestone that so few independent developers hit, especially ones that had such humble beginnings as Valve’s.

To celebrate the company’s two decades of excellence and popularity, let’s take a trip down memory lane to see where it all began. How did Valve get its start? What are its most important games? And what is its future? Let’s see…

How it All Began

It was during the summer of 1996 that Microsoft employees Gabe Newell and Mike Harrington felt that they needed a change of scenery. They were both involved in the successful Windows operating systems and both did very well for themselves during their tenures at MS. While both had no experience in the gaming industry, their software business expertise and motivation led the pair to leave Microsoft to start a business of their own.

To get some advice about their new venture, the ex-Microsoft pair reached out to gaming legend John Carmack. He instructed Newell and Harrington to license a game engine (Carmack’s own Quake in this case) and start to produce their own game with it. And contrary to other studios, Valve hired talent from non-traditional areas, like modders who became a valuable asset to the company in designing Valve’s first title.

Their initial undertaking was to create a 3D shooter by the name of Half-Life. While many other publishers found the new company’s promises of the game to be too advanced or lofty, now-defunct Sierra Online decided to take a gamble and publish it. At E3 1997, Half-Life was demoed for all to see and quickly became the talk of the show, though it wasn’t easy to get the PC FPC on store shelves. After some lengthy delays (a Valve trademark), Half-Life finally released in November 1998 to critical acclaim, big sales, and put Valve on the map as a studio with a bright future. Little did people know that they would become one of the most successful game companies ever.

Their Most Important Games

The game that put them on the map, Half-Life is actually one of Valve’s very few pieces of software that was their original concept from the start. Set at the Black Mesa Research Facility, Half-Life was a groundbreaking first-person narrative game revolving around it’s protagonist — Dr. Gordon Freeman. After a lab experiment goes awry, a portal to another dimension is opened and let’s just say that stuff starts to get weird from then on.

The game was praised for it’s original style of storytelling. Unlike other “cutting edge” titles of the late ’90s, Half-Life didn’t have any cutscenes, instead letting players experience everything through Gordon’s eyes. It let players feel like they were inside an interactive film — evoking surprising emotions throughout the story.

Many expansions and even a sequel built Half-Life into a franchise full of rabid fans. However, Episode 3 or Half-Life 3 that was once teased and talked about by Gabe Newell has become a mystery. Its constant absence has evolved into a popular meme amongst gamers who joke about how Half-Life 3 is confirmed through arbitrary media released by Valve. It has led many gamers to believe that Valve can’t count to three.

Perhaps the most popular FPS ever on the PC platform, Counter-Strike was originally a Half-Life mod created by a couple of designers. Players assumed the roles of either Terrorist or Counter-Terrorist units and were pitted against each other in sandbox maps. It immediately was embraced by PC gamers in the then early days of the internet.

An assortment of real-life weapons were available to be equipped as players earned in-game currency based on their performance from previous rounds. The competitive atmosphere, tall skill ceiling, and immersive maps made the game a smash hit that would see many expansions and sequels. Early LAN cafes hosting the game would lay the early foundations for eSports as Counter-Strike has evolved to become of the most watched titles in the world.

Here’s another Valve creation that changed the FPS genre. Team Fortress Classic was one of the first popular class-based shooters to exist. Instead of the traditional FPS formula of having players fighting each other with the same attributes and loadouts, TFC crafted a gameplay system where certain classes had advantages/disadvantages when pitted against each other. It was loved by many, but it didn’t seem like there was a rush to create a sequel.

Fast forward to 2007: Team Fortress 2 was released as part of the Valve’s Orange Box, a retail package that bundled together some of its most long-awaited releases. Team Fortress 2 took off quickly, with many loving that it required proper teamwork, communication, and skill — Team Fortress 2 was on everybody’s GOTY list. With 9 different classes to choose from and a myriad of weapon loadouts to approach any situation, It kept games fresh and players could not get enough, and then it somehow found a way to be more popular and more profitable for Valve.

Since it’s Free-to-Play conversion in June 2011, Team Fortress 2 has continued to grow with updates, weapons, and cosmetics — even attempting to break it’s casual label by introducing competitive matchmaking. While the game still continues to recieve updates from Valve, it’s popularity has suffered some recently due to it’s kindred spirit Overwatch which was heavily inspired from Valve’s masterpiece. Isn’t it about time for a Team Fortress 3?

Despite its humble beginnings as an indie tech demo, Portal rivals Half-Life’s accolades because of its originality and compelling gameplay. Set in the same universe, Portal drops the violence and incorporates dark humor and a light-hearted story to its puzzle-shooter action.

At it’s core, Portal is a puzzle game set in traditional FPS view that forces the player to navigate using teleportation and manipulating gravity in a boxed in facility. Following in Half-Life’s footsteps, the game also takes place in a research facility, where the game’s protagonist, Chell, is unknowingly part of an experiment. Chell is aided by computer system GLaDOS as she navigates through different puzzle rooms in hopes of receiving grief counseling and cake at the end of her journey.

Included in the launch of Orange Box, the game was touted as one of the best games of 2007. Four years later, the sequel expanded on the smaller original, with a bigger world and many more challenges. More gameplay features and deeper systems were introduced in Portal 2, including some brilliant multiplayer. The scores from reviewers exceeded the original, solidifying the series as one of the best of all time.

The zombie fad of the late 2000’s was in full swing when Valve released the anticipated co-op series, Left 4 Dead. Teams of four were spawned into a variety of post-apocalyptic maps that were insanely detailed and super scary. The team’s objective was to make it all the way to the maps designated safe house without dying and eventually to the map’s evacuation point that would end the stage.

Inspired by previous smash-hit Team Fortress 2, Left for Dead incorporated class-based elements for the NPC element of the game as different zombies had their own special abilities. Coupled with triggered events that spawned massive hordes, Witches, and Tanks — each round of Left for Dead felt unique, as maps only dictated the path, not the plot.

While some people found the game to become stale, Valve tried to remedy the communities issues by releasing a sequel one year later. It included different special zombies, weapons, playable characters, and maps. Though it’s been awhile since the last one, Left 4 Dead 2 is still a highly played game online.

Originally a Warcraft 3 mod, Defense of the Ancients had a global cult following that caught the attention of many developers, including Valve. Following Valve tradition, they hired one of the main modders from DotA to develop their own version to be on their engine. And despite the grumblings of Blizzard, they even called it Dota 2.

Part of the rabidly popular MOBA (multiplayer online battle arena) genre, Dota 2 is played on a square map that mirrors itself along a diagonal border across the center. The southern portion is the Radiant, the other half — Dire. 10 heroes from a 110+ roster pool fight 5v5 on the map until one of the team’s Ancient (base) is destroyed.

A leading example of the burgeoning realm of eSports, Dota 2 has been known to host lucrative tournaments featuring millions of dollars for winning teams. Consistently the most played game on their own Steam platform, Dota 2 has become one of the most popular games in the world, a far cry from the first-person shooters that long defined Valve’s output.

What’s the Future for Valve?

The company has been much more than a developer since the release of their digital distribution software, “Steam” in 2003. Valve’s online storefront has become the biggest digital distributor for games on the PC platform by a wide margin. With features like community hubs, mods, streaming, and Greenlight for early access, Steam is the ideal platform for gaming enthusiasts.

Unsatisfied being a PC gaming giant, Valve even decided to venture into hardware in the hopes of entering the console gaming market. Releasing a slim adapter that could play games from your Steam library on your living room TV, the Steam Link became a hit for gamers who wanted to play with controller enabled games from the comfort of their couches.

Expanding on their adapter, Valve released a line of higher end gaming consoles along with a unique Steam Controller to allow gamers to play traditional keyboard & mouse games on a console platform. Most recently, their efforts have been funneled into the VR world. Partnering with HTC, Valve created their own piece of virtual reality hardware called the Vive they released in April 2016. It remains to be seen if this helps expand their living room presence and secures a hefty piece of the VR pie.

Valve’s efforts have clearly diverged since their humble beginnings in the late ’90s and it’s a mystery as to what their next venture may be. Will they ever release Half-Life 3? What about creating another original IP title? Will they continue to make games geared towards the eSports realm? Valve’s famous lack of transparency can often be frustrating, but it’s their secretive attitude that makes their content much more exciting when it’s made public. Hopefully we won’t need to wait another 20 years to see their next game.

Thanks Valve for an amazing 20 years! We Hope the next 20 are even better!