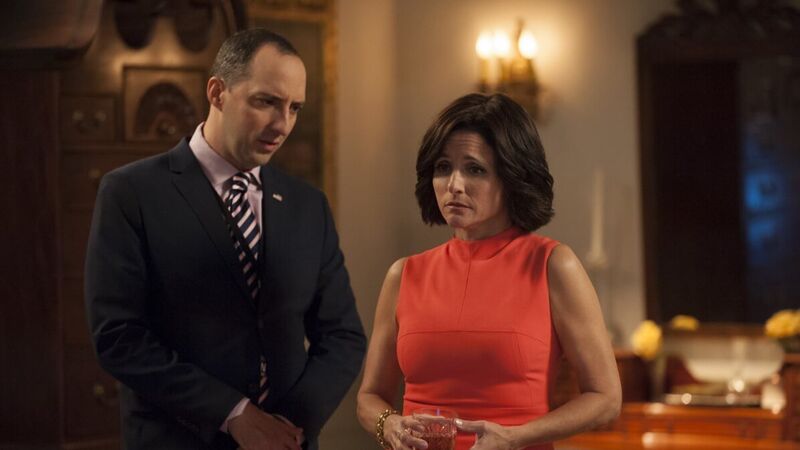 ‘Veep’: The Best Insults to Get You Through the Week

Veep has kicked off its fifth season with fresh political antics and biting insults. Although Selina Meyer and her staff of White House misfits are amateurs at running the country, they are experts at throwing shade. Check back each Monday for the best one-liners of each episode.

When the Tables Have Turned.

Evaluating The Merits of Your Staff.

Tracking Down Who’s to Blame for a Mistake.

Amy: “We have to keep you away from people.”
Dan: “Yeah, surround you with trees. Make you look human-sized.”
Uncle Jeff: “Yeah, back to the natural habitat your nitwit mother found you in, you f**kig shaved sasquatch.”

When Someone Is Dressed Casually at a Formal Affair.

Giving a Dose of Reality.

“Listen, don’t worry so much about what’s up here, ok? Worry about what’s in here. And if you work on that, I’m telling you you’re going to be back on the Hot List, Amy. I’m not saying you’ll be in the top 20, but you would be a lock for like, mid-40s.”

When Someone Can’t Hold Their Liquor.

“From now on Jonah, you will shut the f*** up and listen to exactly what I say. And if you listen to me instead of your only two brain cells busy butt f***ing each other somewhere in the vast expanses of your misshapen skull, then maybe, Jonah, you might have a chance of becoming the first mentally impaired Frankenstein’s monster to ever win an American election.”

Bringing Insults into the 21st Century.

Creating the Ultimate Place to Think.

When Your Colleague Thinks His Face is Camera Friendly.

Not-So-Subtly Pointing Out Someone Else’s Mistake.

The Truth Can Hurt.

To Your Least Valuable Player.

When an Unexpected Guest Arrives.

When you don’t have the time for whine.

Check out the biggest political fails so far and catch Veep on Sundays at 10:30 p.m. on HBO.